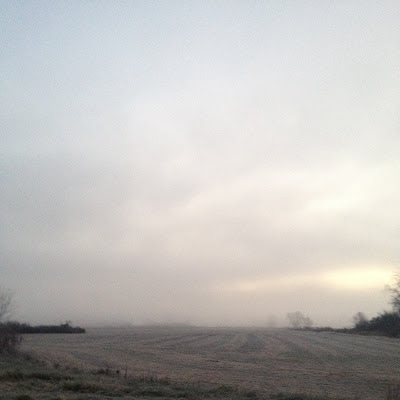 One thing I love about the South is the deep stillness of a Sunday morning. The town has the silent resonance of the far woods on Sundays before nine a.m. because everybody--everybody--is in church. On the five minute drive to the grocery store, Indy and I pass no less than four churches. First Methodist, Brevard Wesleyan, Lutheran Church of the Good Shepherd, The Church of the Nazarene. All have full parking lots except, suspiciously, the Nazarene. I have planned to visit the grocery store like a proper pagan when all God's people are in church. I do not miss church except for, occasionally, with a pang of sentimentality for the rituals of my childhood. I have memories of brown paper bags on Christmas Eve, stuffed with oranges and apples and chewy peppermint nougat. I have memories of the dry must of coat closets back when certain ladies still wore fur. I still sing "O Come Emmanuel" and "O Little Town of Bethlehem" and "O Holy Night" while honoring the solstice. I can do both. I asked Ayla if she wanted to go to church on Christmas Eve, with the Unitarian church in mind. I have no blueprints for how to raise children who are spiritually informed and aware but not indoctrinated. Ayla said no, and then said, "well, if you want to, we can," in a way that meant she didn't want to hurt my feelings.

I only asked because the pressure to make Christmas special is high this year. I'm not sure which I miss more, Christmas in Colorado or Christmas in California, but I miss both. One was all the traditions of my childhood, the other was mimosas on the beach while dolphins rise in the distance. I don't know how to do Christmas in Carolina, in the rain, without the cousins and the snow, or the sand and sunshine. I asked Noah if he wanted cinnamon rolls and Swedish pancakes on Christmas morning. (He'll do the dinners). "Not both. Don't do too much or you'll freak out. I'M DOING THIS FOR YOU," he mock roared in an imitation of me I found hilarious. "I JUST WANT YOU TO BE HAPPY! ALL THIS YELLING IS FOR YOU. ARE YOU HAPPY NOW??"

He summed up almost exactly how I feel.

After getting our mint, rosemary and thyme, Indy and I push the cart through the chill quiet to the car. "Don't you just love December?" Indy sighs rapturously, her breath puffing the air. Tucked in the van, she shifts to giddy, like any six-year-old two days before Christmas. She pushes herself up on the arms of the passenger seat and kicks her pink-glittered legs at the dashboard. "I'm just. So! Excited! For CHRISTMAS!" When I tease her and say that I thought she wanted lots of socks and underwear for Christmas, her cheer proves indomitable. "Well, it would be nice to have some pink socks," she says sincerely. Earlier I asked her what she wanted to do to make Christmas special. She said she wanted to send more gifts to her cousins. Last night we snuggled on the couch together watching the Grinch, and at the climactic scene when the Who's down in Whoville awake to find all their presents vanished, but gather in the town square to sing anyway, Indy turned to me and said, "That's because he took all their things but he couldn't take their spirits. Their spirits is where their happy lives and he couldn't take that, anyway." I told her maybe they were robots who were happy only because they were programmed to be, thus rendering their bright spirits meaningless. She was bordering a bit Pollyanna, even for her mother. Indy just smiled and said no, that wasn't true, and didn't I think the Grinch had a weird face? I don't worry much about where they'll land, spiritually. I have no illusions about the amount of influence I have on the matter. Last night I lay awake in bed and remembered them both as infants. From the moment they were born, Ayla, intensely alert and sensitive, cried and railed about all the ways and wrongs of the world. Indy only ever had one cry, the one that simply wanted to be held. 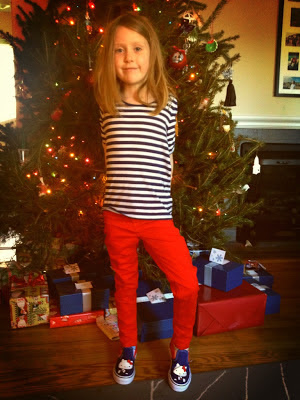