What To Do In Illyria 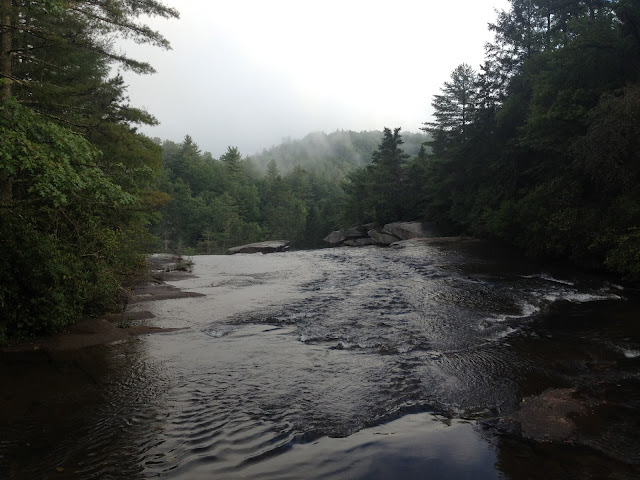 It seems that somewhere crossing the prairie, I lost my narrative thread. I feel untethered and windblown. I don't know my lines. I have no back-story. It is the wonderful and the terrible thing about moving to a new life and starting over. Nobody knows any of my formers selves. It is liberating but a daunting task, starting life over from scratch. I try to write and fail. I go for hikes or splash in the creeks with friends. At night we stay up too late, half the neighborhood, drinking delicious spicy margaritas and watching the last efforts of the perseids. There are fires, music, gardens. The children run through houses likes packs of marauding wolves and everyone I meet is from somewhere else. In the morning I can only sit up dazed, blinking in the tree-shrouded dawn, and wait to see which shapes are real and which are only phantoms to burn off with the mist.


I get to decide what becomes of this life. Like a vision board lies blank before me, no past dragging it down, and I can pin to it whatever I want. So far I've selected only: meditation, hikes, and saying yes. It takes a moment of reckoning to convince myself that it's all right to be happy here. I don't know why I'm this way. I'm afraid if I let go of other things--dreams of Paris, dreams of Santa Fe--I'll never have them. But this isn't true. The truth is, if I don't let go of them, I'll never have what's right here, now. I'm just traveling, I've decided. With no set routes, only bright changing stars. If I have no final destination, I'll never be lost.
Posted by Vesuvius At Home at 2:21 PM 7 comments:

We Have Always Lived In The Forest

1. No time to talk, but I had to check in to tell you this, a bit of an emergency as you will see. I am fairly sure my neighbors are selling their trash to mole-people. I have not jumped to this conclusion as you may assume. I have evidence: a) on trash day, their curb bears no garbage can but a single white bag waiting out for the collectors. That's all my evidence but clearly no family of four produces only one bag of trash a week without mole people getting involved.


2. On one of our first days here, Indy called me to her window to show me a bit of old bark peeling off a tree. "Look," she said, eyes wet with fear. "A koala did that. They have very sharp teeth. They can kill you." I told her not to be stupid, no koalas live here. The bark was obviously stripped off the tree by the mole people, who boil it for soup. This calmed Indy considerably until she thought to wonder where mole people live. "In cemeteries and in mommy's French drains," I told her. That was the day she took to carrying a rusty scythe, but I'm pretty sure she's just playing "confederate".

3.On Tuesday my husband taught the girls to ride their bikes by first teaching them how to fall. I'd had a glass of wine, this struck me as profound. While he was out there, two Jehovah's Wittnesses arrived to ask us where we go to church. Noah made a curt reply, we believe anyone worried about souls other than their own is being just plain rude. The JW's tried to get all chummy and bond with us against the Southern Baptists, a stupid move. Give me a Southern Baptist any day. My friend I've made who was raised SB is incredibly Christ-like. She brings sweet tea flavored vodka to all social gatherings.

4. Today I drove to Trader Joe's and realized that I really do live in the mountains. I put on my music, enjoyed my latte and almond croissant from the Bracken Mountain Bakery (tastes like Paris), and made the long journey to Greenville. The drive was beautiful and sickening. The road is truly serpentine and my path was arduous. I mean, I'm like Strider up in here. Winding through the forest scavenging food for little people. Folks keep calling Brevard "the mountains", but I grew up in the shadow of Long's Peak and didn't believe them. Then I went over a series of switchbacks, emerged from the green ceiling and the gray-misted trees, and found the highland sun. I realized it could be a sunny day and I might not know it, nestled here in my greenwood. Before I came here, a friend told me these old mountains hold magic and I know now, he was right. Driving through the trees with the sun streaming through and Basia Bulat on the radio, an alchemy occurred. The woods held my heart and for the first time in awhile, I felt my old self.

(5. This is what it looks like when I drive to Trader Joe's, just saying.) 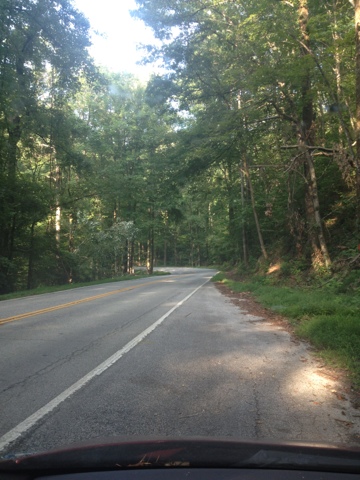 Labels: Blogging from a phone


August 2012 is the month I had a premonition about, when I was out for a walk on a cold clear day last November and craving new life, the kind of clear day I already miss, the air dry as long dead bones but crisp like newborn apples.

August 2012: I woke up to a crashed hard drive. Along with some videos and the start of a new piece, I lost months of work I'd done editing my book. Not corrections for grammar and spelling, but the part where you take your heap of words and breathe life into them and I'm grieving, going along just fine until some song or word catches me with cold hands and I start to cry.

That was the night I opened my bathroom door and found a hundred black flies, bred there overnight in my drains, and I went in to battle them, screaming like a Hitchcock blonde. Like a mean girl in a chick flick with her hair on fire, making my pioneer grandmothers proud.

But the people here are wonderful and there is music and light washed green through all the trees.

The daughters will start school, my husband will visit for 8 days total but not all at once, and I will continue forming my new life here, which is precious and wonderful, and hope that the moon is nothing but a pearl, something formed in a shell at the bottom of the sea until one day someone cracked it open and look how it shines. 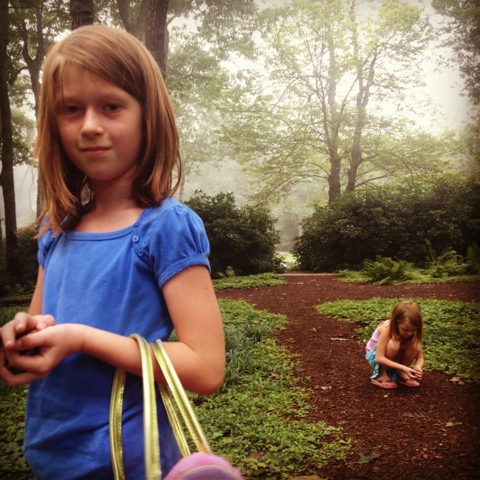