Today was intense. I went out looking for the Village St. Paul to buy latte bowls (?) but I couldn't find it. I made my way to St. Germain des Pres. Ultra touristic (in Paris they say touristic, not "touristy"), super chic, classic Paris. You know. The Paris you think about when you think about Paris. I had been warned waiters would be rude to me here. I was looking for the Cafe de Flore--because you have to. They all used to hang there, the Lost Generation. Of course now it's full of tourists but I still had to go. I came to the Deux Magots, which does not mean the Two Maggots. Magots are the Chinese figurines inside. The sun was shining and I wanted to sit in the sun there in front of the cafe. There were no seats so I kept walking. But as I passed, the couple at the front and center table--the point of the triangle--stood up to leave. I wasn't quite sure how to get a seat in these busy cafes. Do you just sit down, do you ask for a table, do you say one word and the waiter starts screaming at you in angry French? A waiter was clearing the table and I walked up behind him. "Excusez-moi, monsieur," I said, and since I don't know the French for this, I pointed to the table and said, "May I?"

"It was waiting for you!" he replied, a kind and friendly smile, and held out an arm for me to sit. "Merci beaucoup, monsieur," I said, feeling like the man had just handed me the world on a plate, and I sat down. And then I was at the front and center table of Le Deux Magots on the Boulevard St. Germain on a spring afternoon. The sun was shining on my face. The whole world was walking by. I paid five euro for an absolutely terrible coffee and I never wanted to leave. Luckily, I didn't really have to. That's the thing about France, at a cafe you can nurse one drink probably all day long if you want and they will never pressure you. They're not working for tips, they don't give a damn how many tables they turn. I wrote in my soft cover Moleskin and read my book, How Should A Person Be? by Sheila Heti, which by the way is hitting me in my very core, it is my skin and soul set down in paper and ink, Sheila Heti is the voice of my generation done deal. I worked up the courage to ask the older couple next to me to take a picture of me there, and subsequently look THE MOST annoyed anyone has ever been to be sitting in front of the Deux Magots. Having strangers take pictures of you by yourself is very weird and it shows all over my face.

Every time I'm sitting down somewhere I never want to leave. I'm always afraid I'll never find a nice spot to sit down ever again. I forced myself to leave after a while and made my way to the Luxembourg gardens. Another stranger and I awkwardly took solo pictures of one another. No one has ever looked less thrilled to be at the Luxembourg gardens than the two of us. Then I didn't know what the hell to do with myself. Everyone was shopping everywhere and it made me depressed. All the tourist women were so showy and done up and it saddened me. I wished they could just dress normally and not put up these fur jacket and weird hat barriers between themselves and the rest of the world. Why do we have to project our goodness in this way? Why can't we all just be? I was sad about the women and the tourists and all the shopping and I didn't know where to go. I made a beeline for the Seine as the sun was setting but missed the colors. I headed toward Shakespeare & Co because I didn't know what else to do. I wanted to eat but the idea of being alone in a restaurant among all those women in fur coats was too overwhelming. When I got to Shakespeare & Co they were doing a reading, and I remembered I'd planned to go to the reading but had forgotten about it. They let me in even though I was late. A Swedish writer, Cecilia Ekback, was answering questions about her book, Wolf Winter. Because of the madcap architecture in the cramped and endearing ancient building, I could hear her but not see her. When it was over I stood in line to buy her book. Who should appear to ring me up but Sylvia Whitman. I was starstruck. She was very kind. I regretted deeply not bringing a copy of my book, though what would I have done with it? Lamely handed my book to Sylvia Whitman? I lined up to get the book signed by the Swedish writer. She was absolutely lovely. She asked where I was from and I told her, and then, feeling like an idiot, I said, "But my people way back were from Sweden." Her face lit up. "I was going to ask you," she said, and she gestured at her face. "Your face." I was happy to hear this. A Swedish woman had looked at me and identified me as ancestrally Swedish. It helps me understand my long face, my small eyes. It was good to make some sense of the way I look. "I've wondered if my small eyes are Swedish," I said, and she laughed and said, "They might be." I realized how unintentionally offensive I might have been. Then I needed to move aside for the next person in line.

They gave me a glass of wine and I wondered around the bookshop. I wanted to be one of the writers who sleeps on the floor. I wanted Sylvia to invite me to dinner. I wanted to be the writer giving the reading. I felt very, very alone.  I felt like crying. Upstairs was a reading room, the room where to this day the bookstore allows traveling artists and writers to sleep, and notes from people who have done so. I wanted to be a part of all that. It's the closest thing we have to Hemingway and Gertrude, I think. I went back downstairs. Sylvia and the writer were gone. Probably out to dinner, I thought. I didn't know where to have dinner. I had no idea where to put my body. The streets are so loud and overwhelming. I got on the Metro, back toward home. As I left the Metro at my stop, a woman looked at me. In a way people don't do in Paris. She did it again, and again. Finally I smiled a little and said hello. She was about my age, spoke English. French, but her mother has lived in D.C. She wants to move to America or London. "I love Anglophone culture," she said. "And I think the men and women are more equal." I don't know about that. My guard was up but I felt out the situation. It felt good. We are hopefully going to meet for coffee or to see a museum later this week. Suddenly the world was good again. Tiny bits of magic do occur, from time to time they are floating in the air. I walked down the street and bought a pizza. The man was very kind. I walked home holding the pizza box and my book bag and pretended I was living the life of my dreams, a confident and chic woman in Paris. 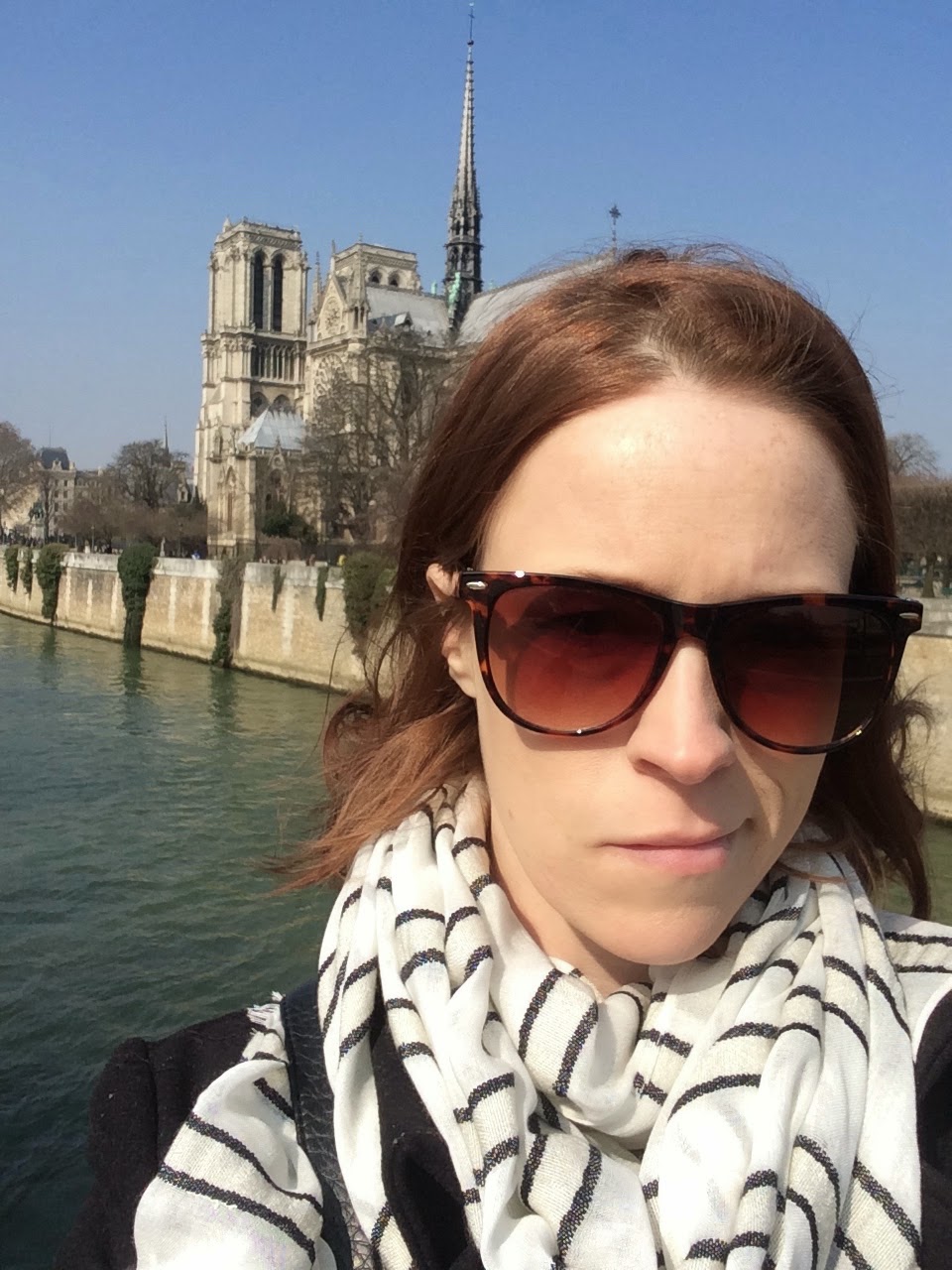 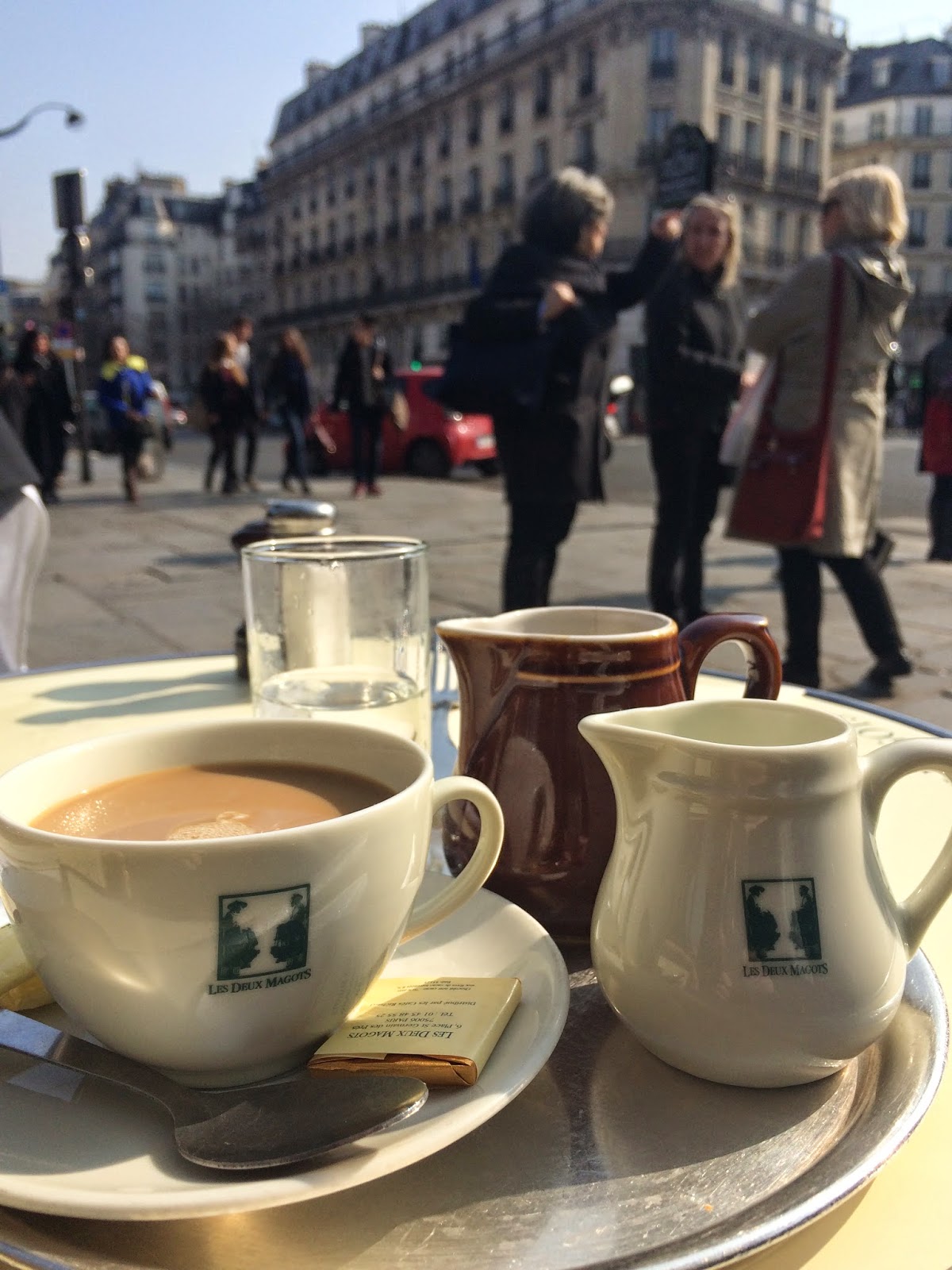 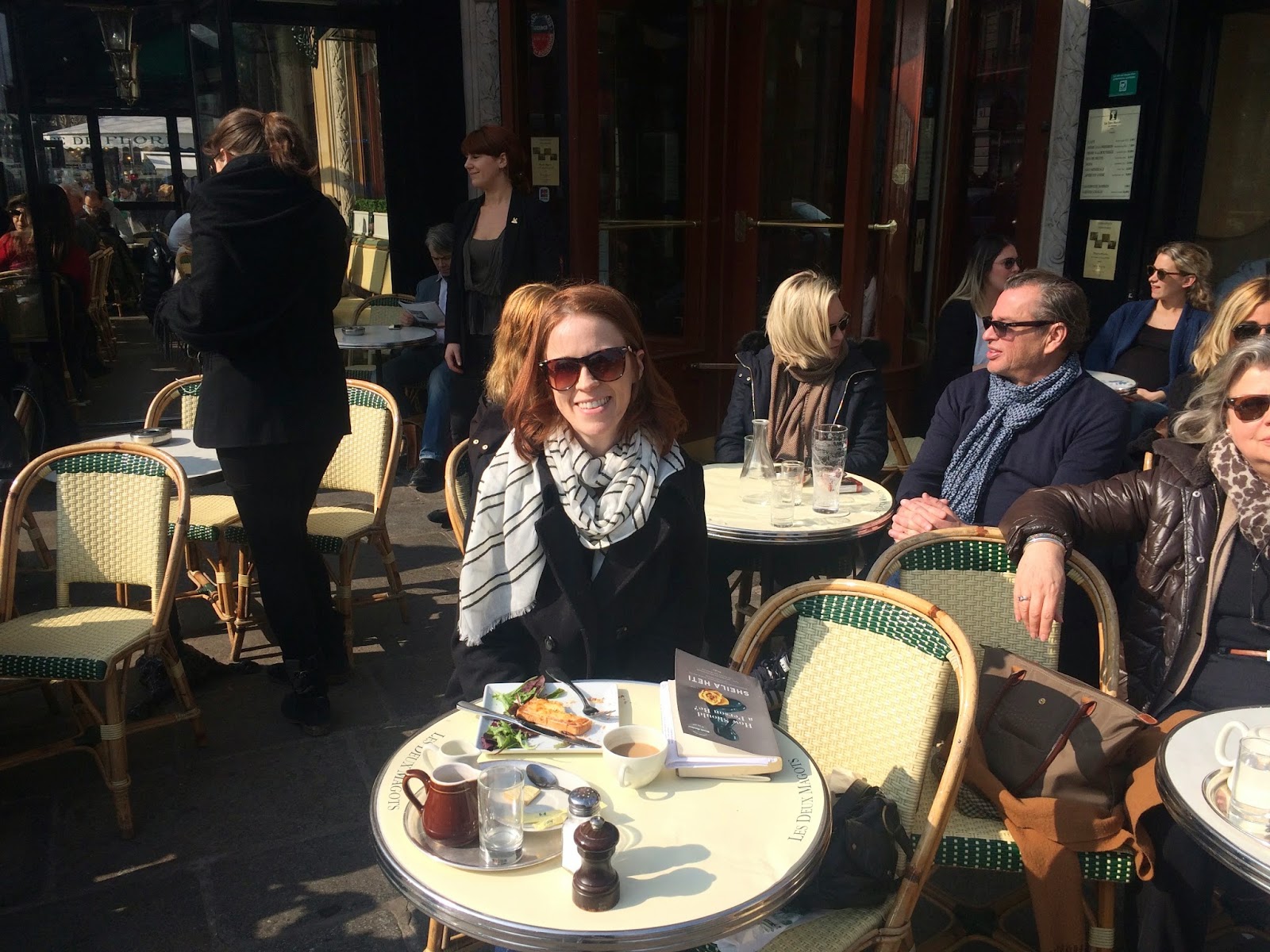 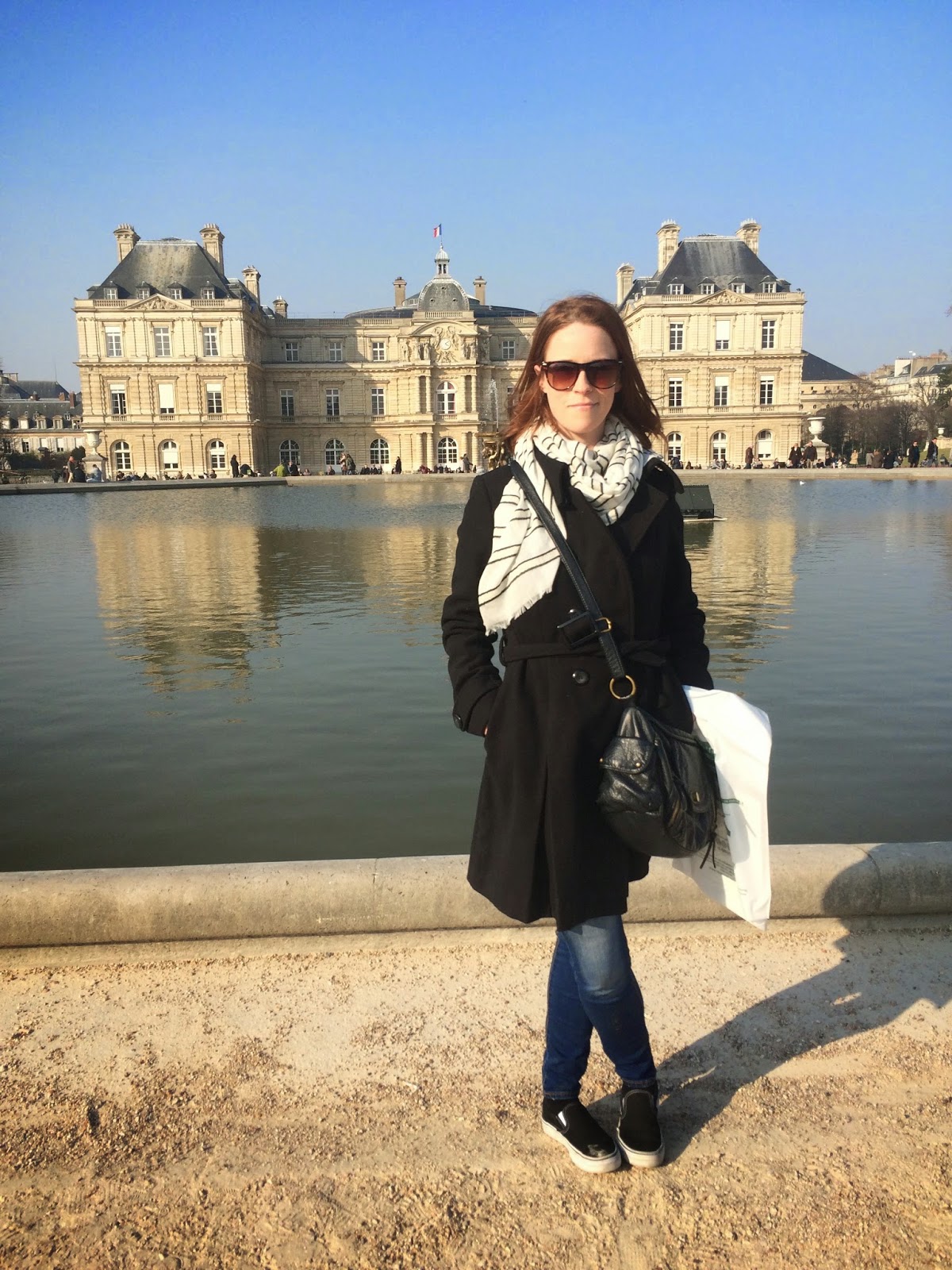 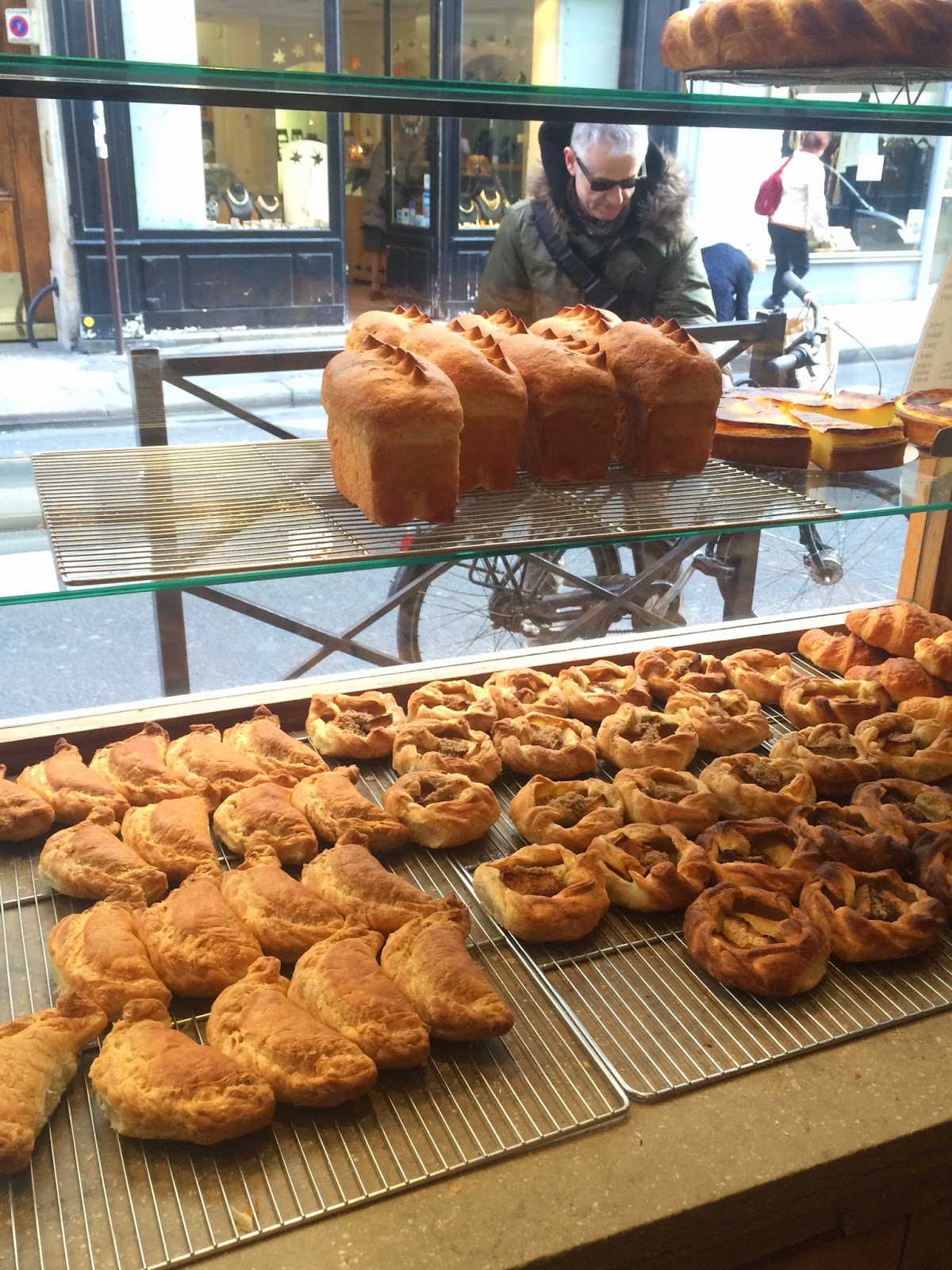 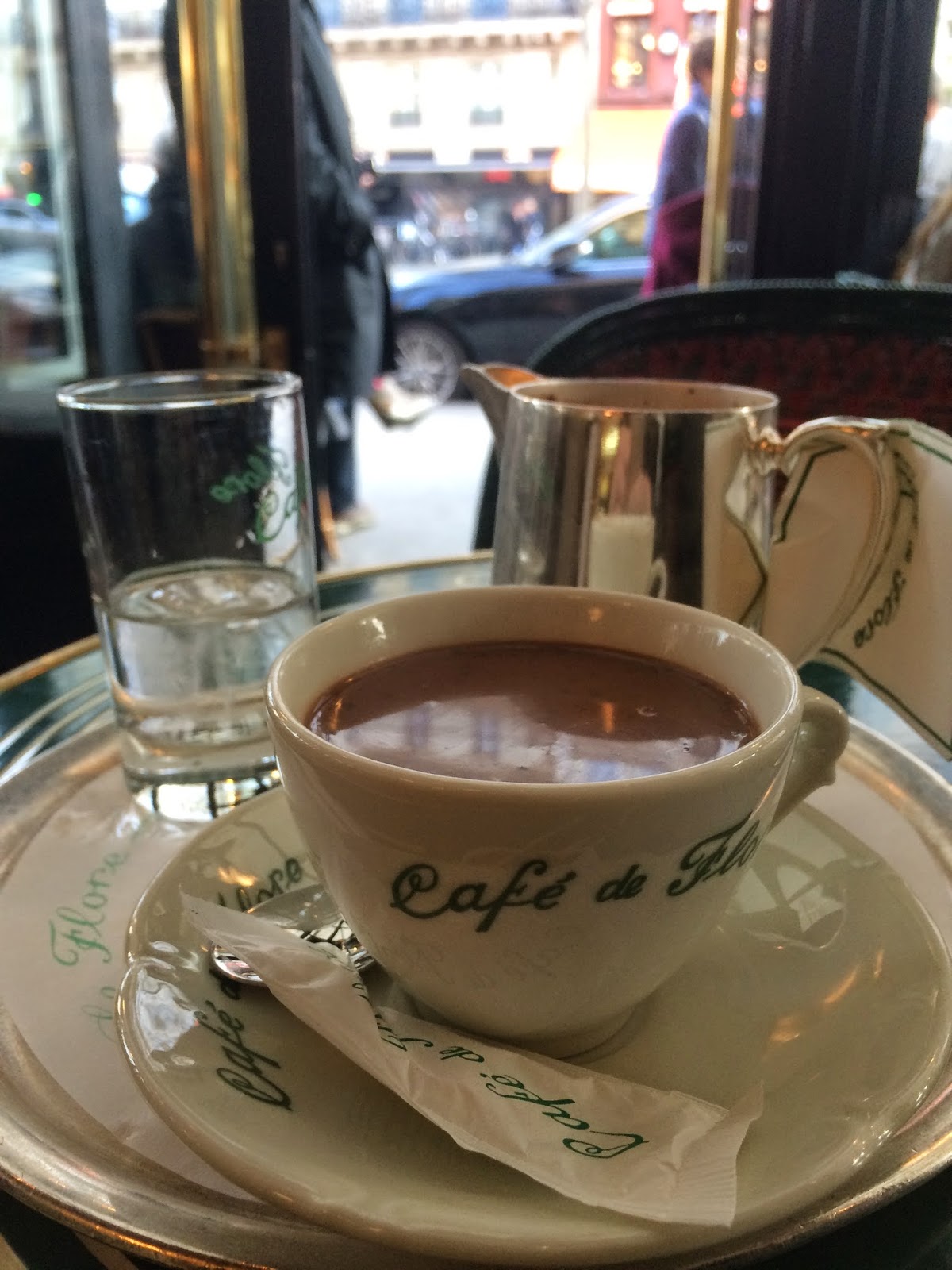 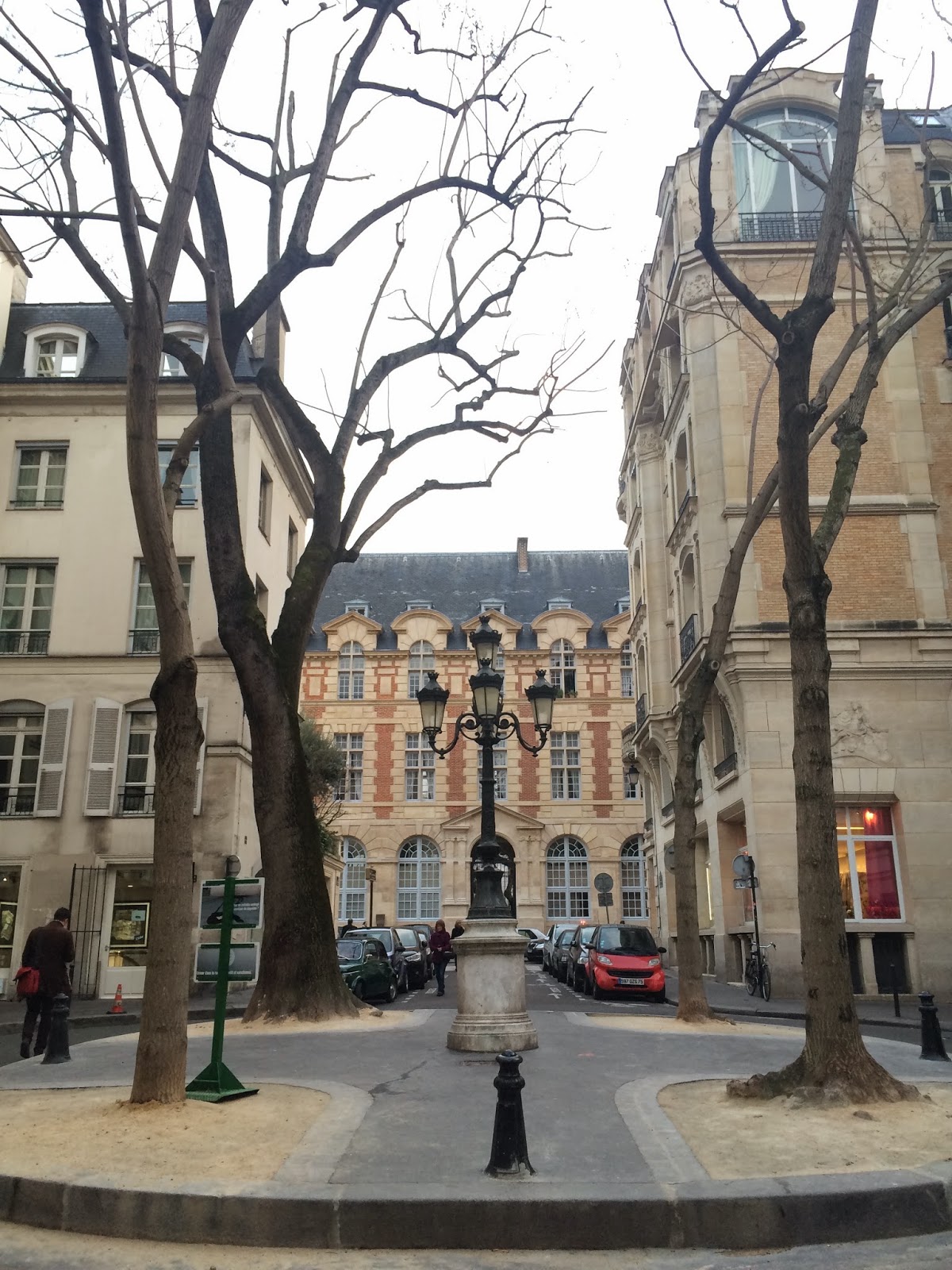 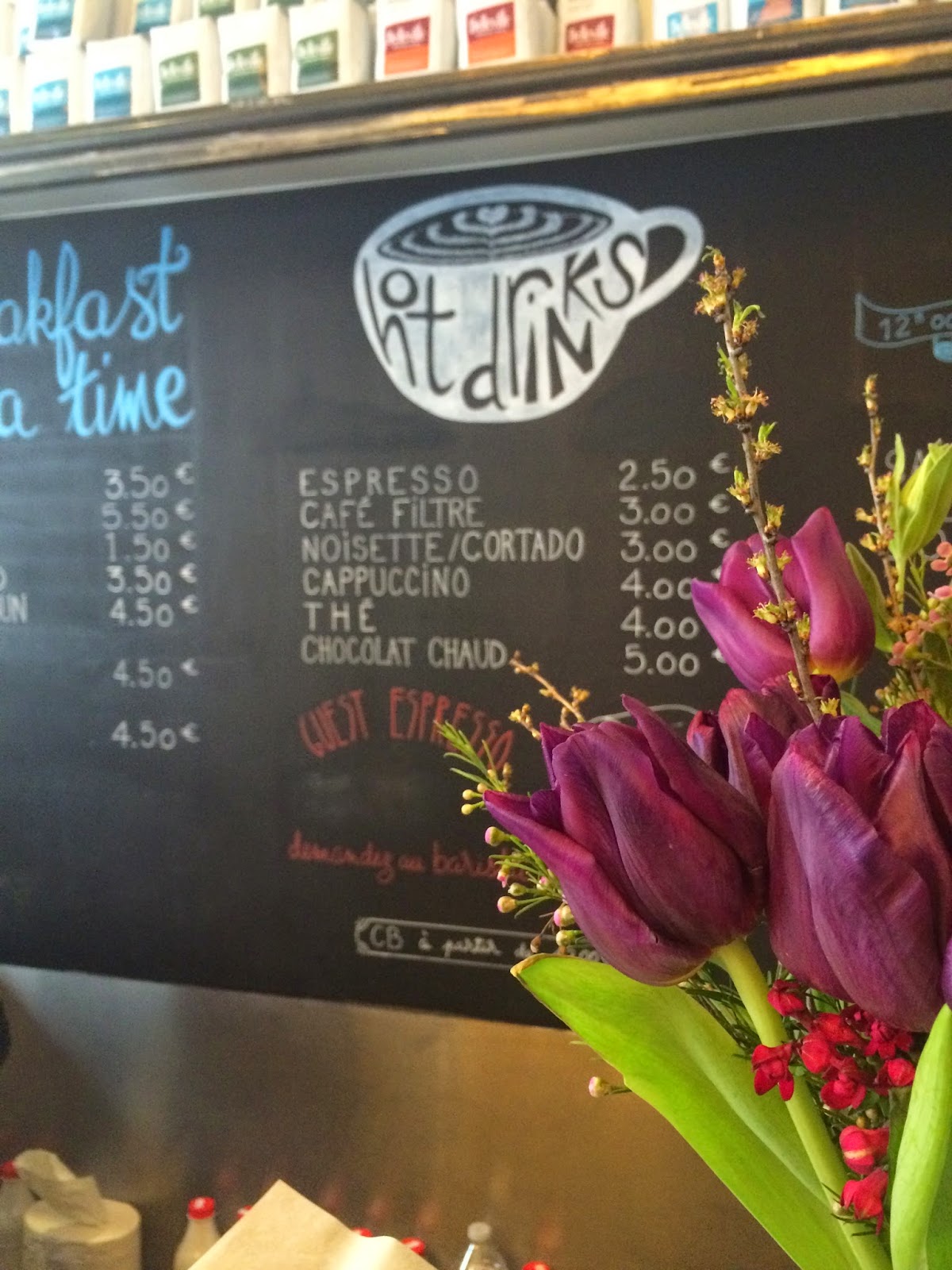 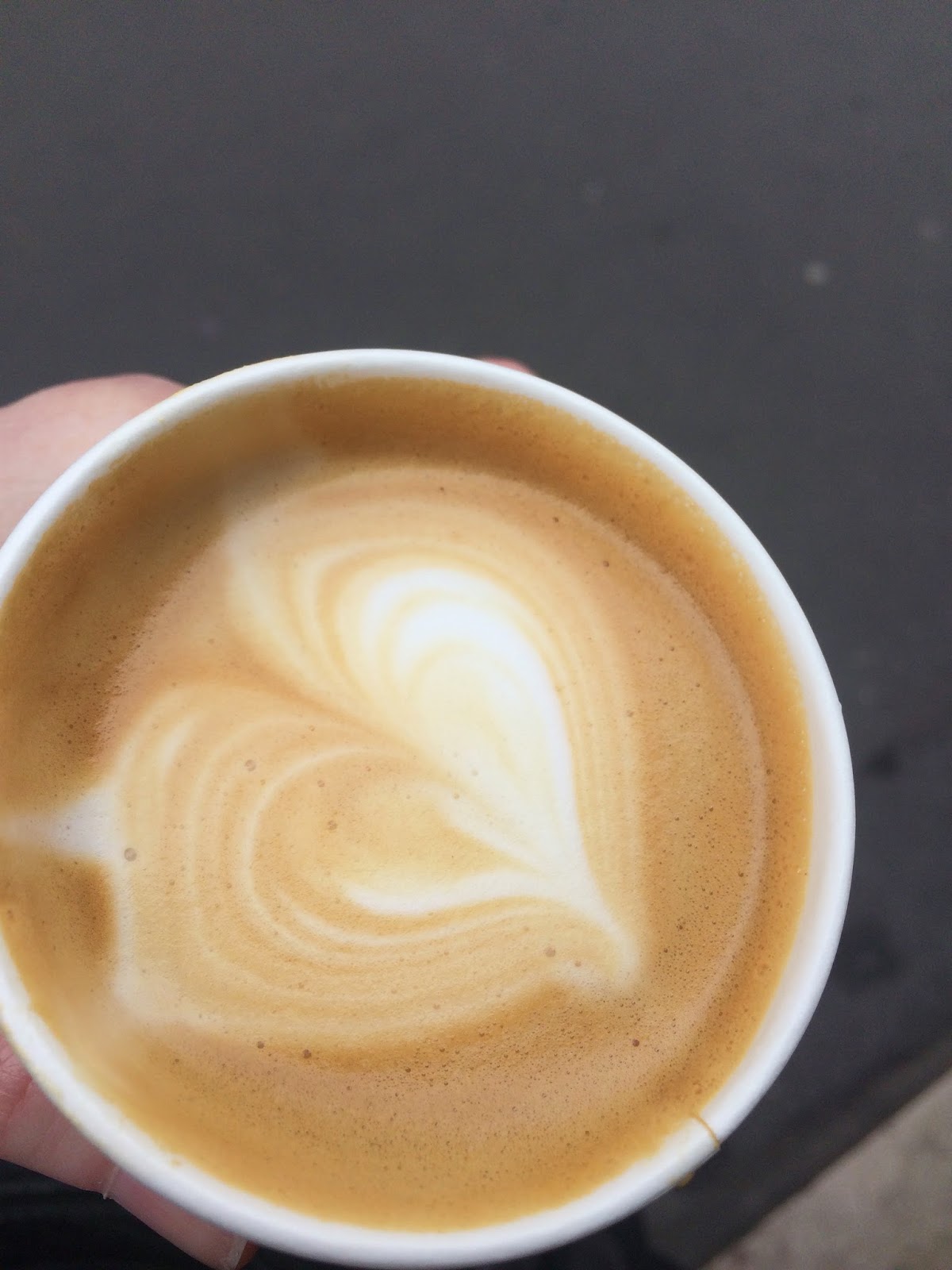 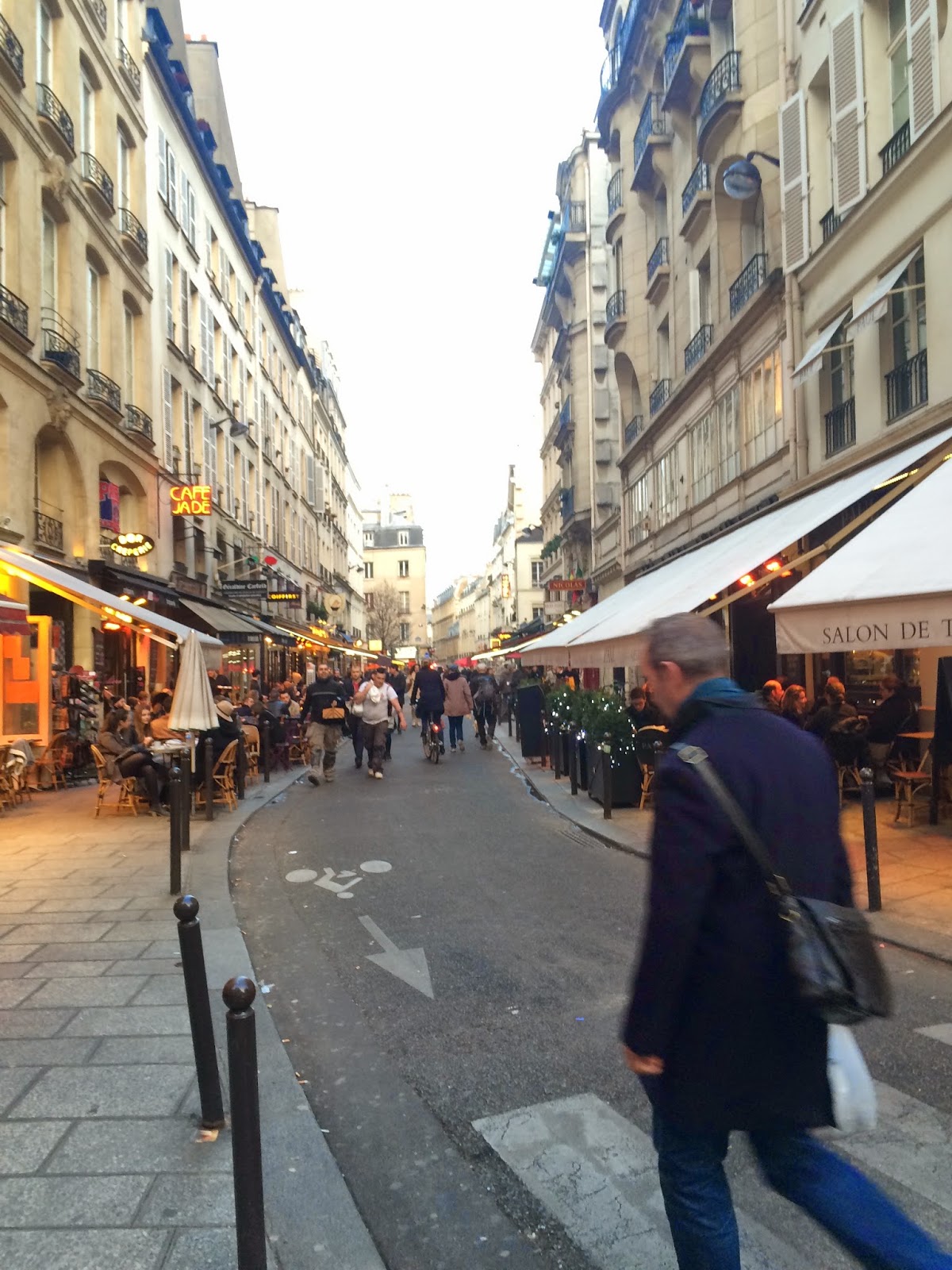 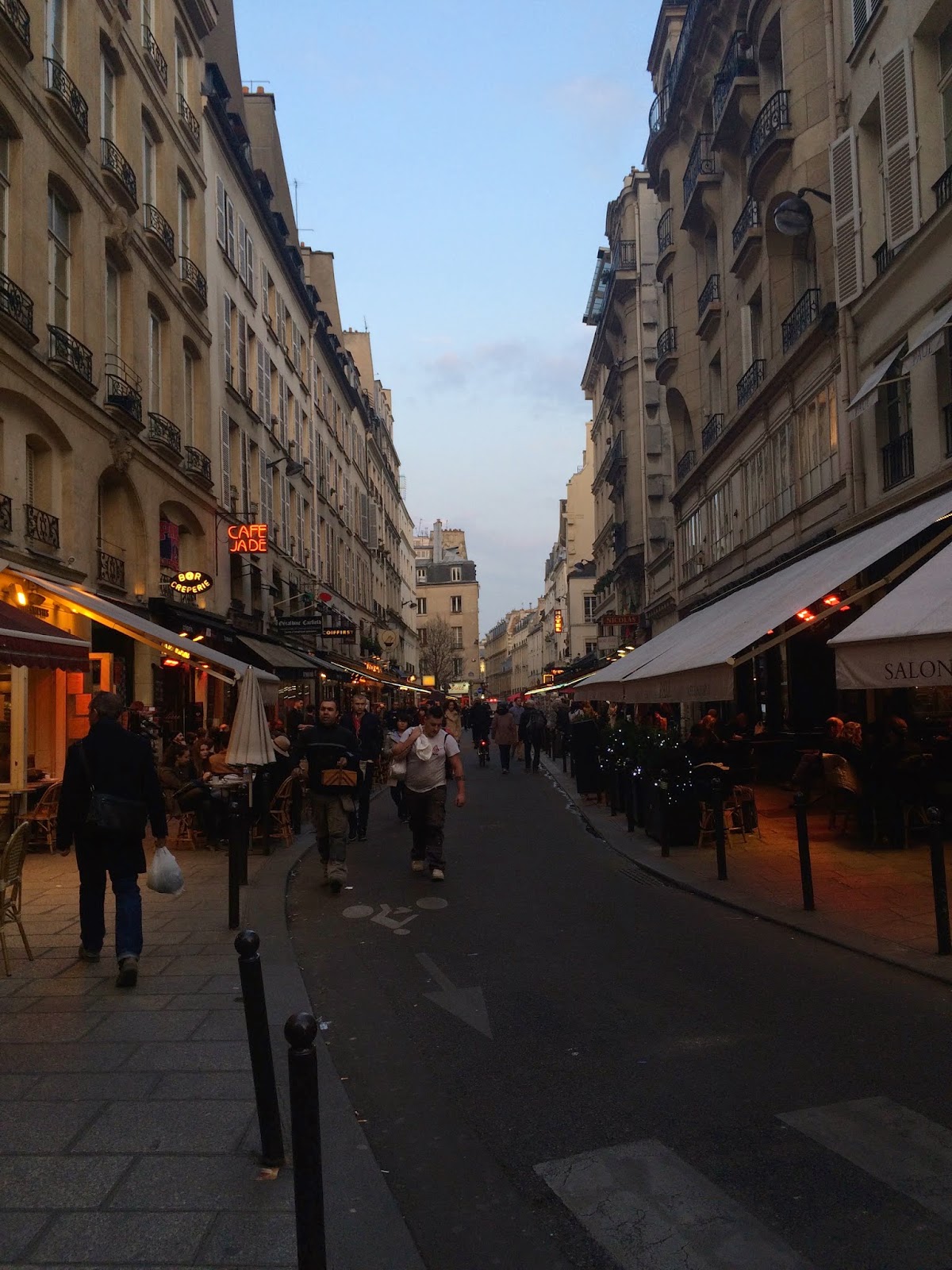 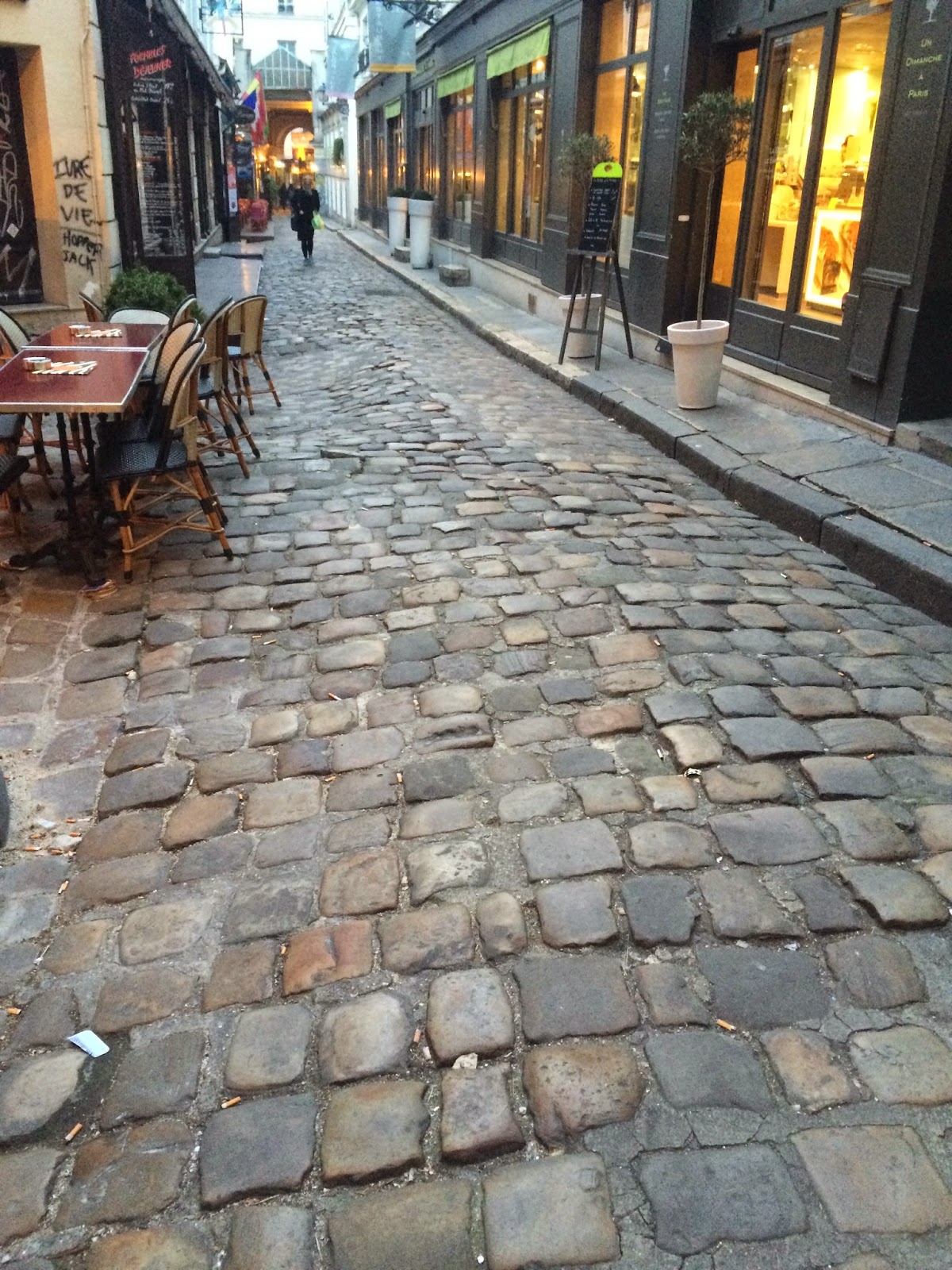 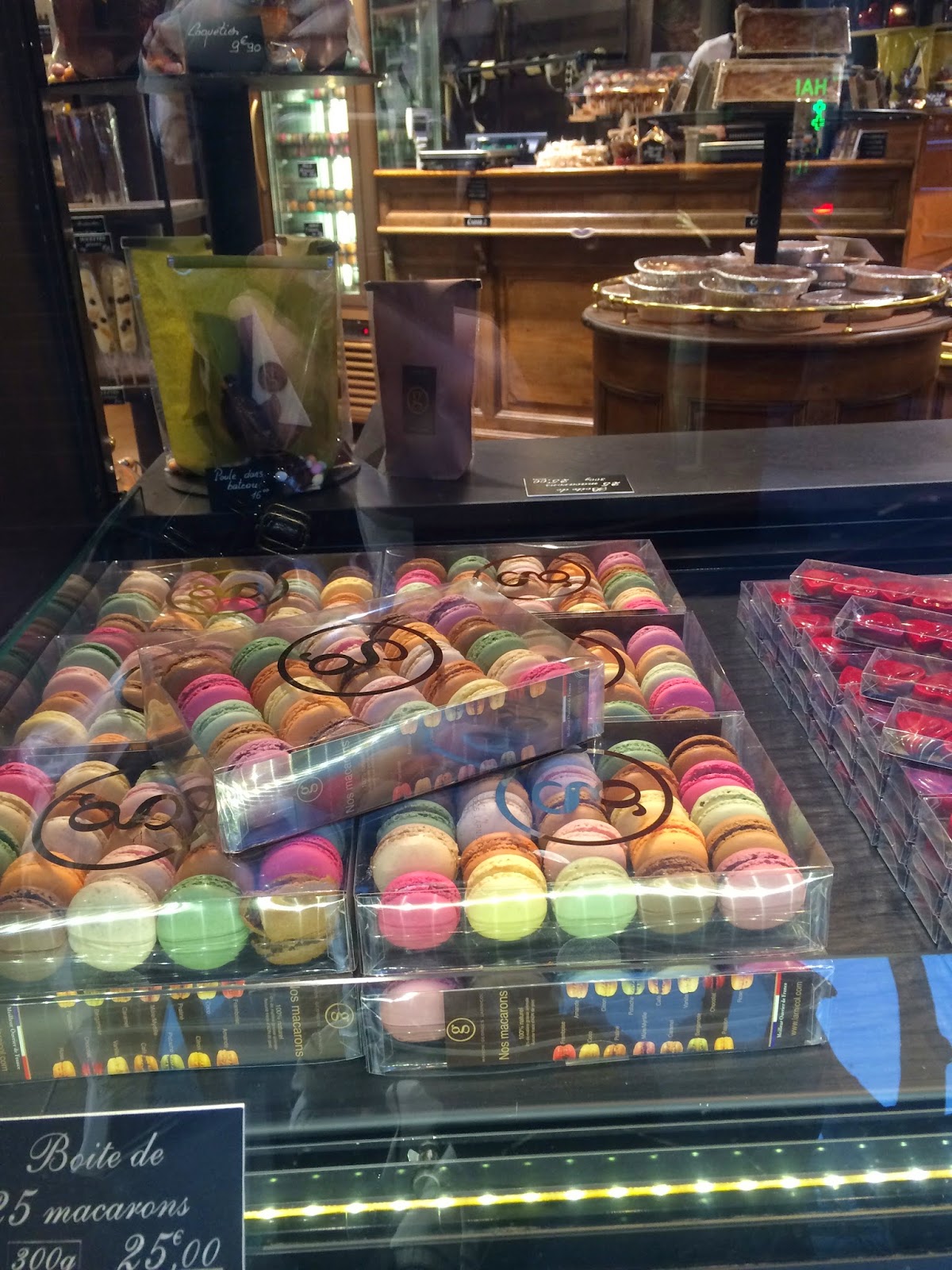 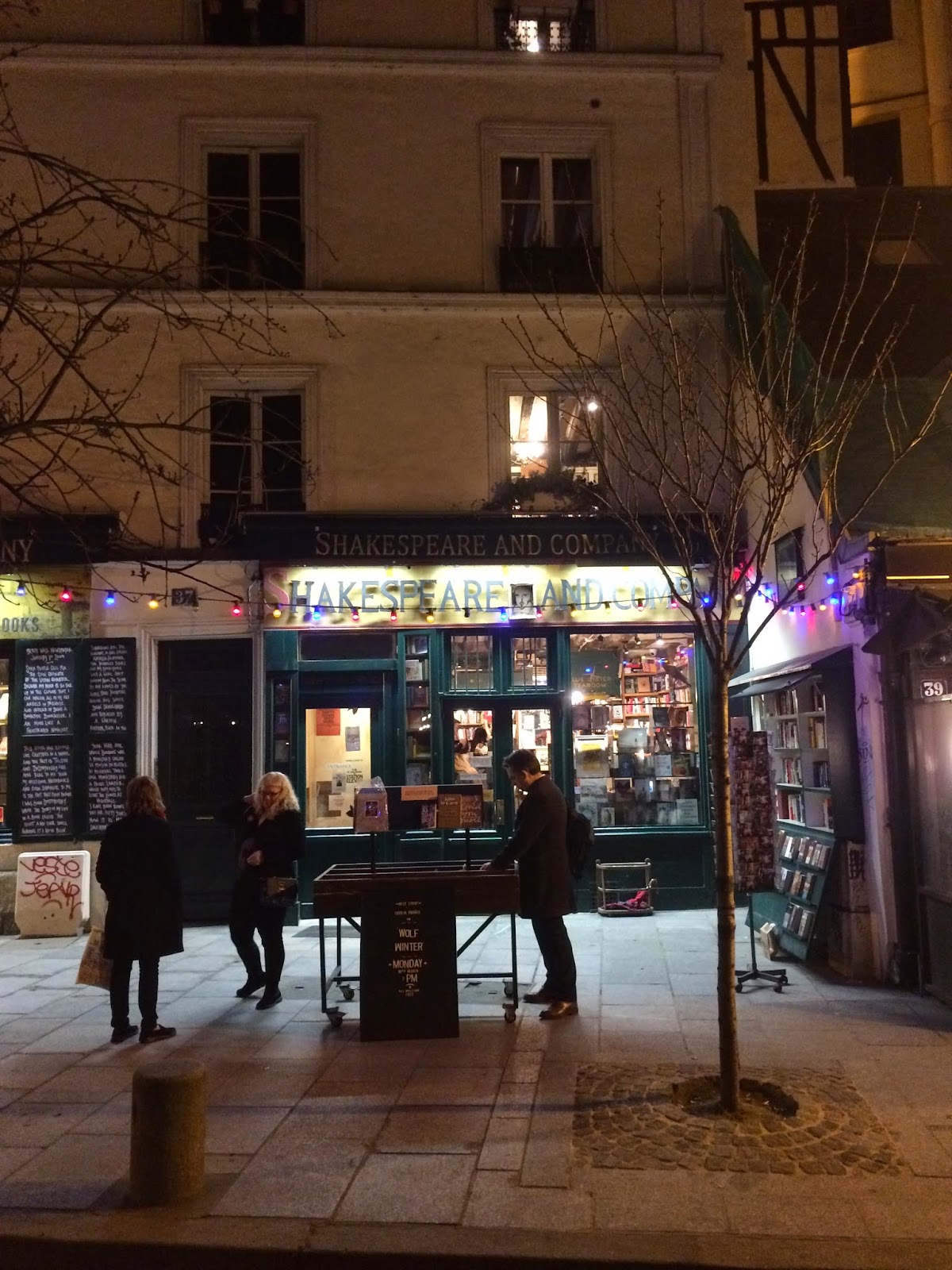 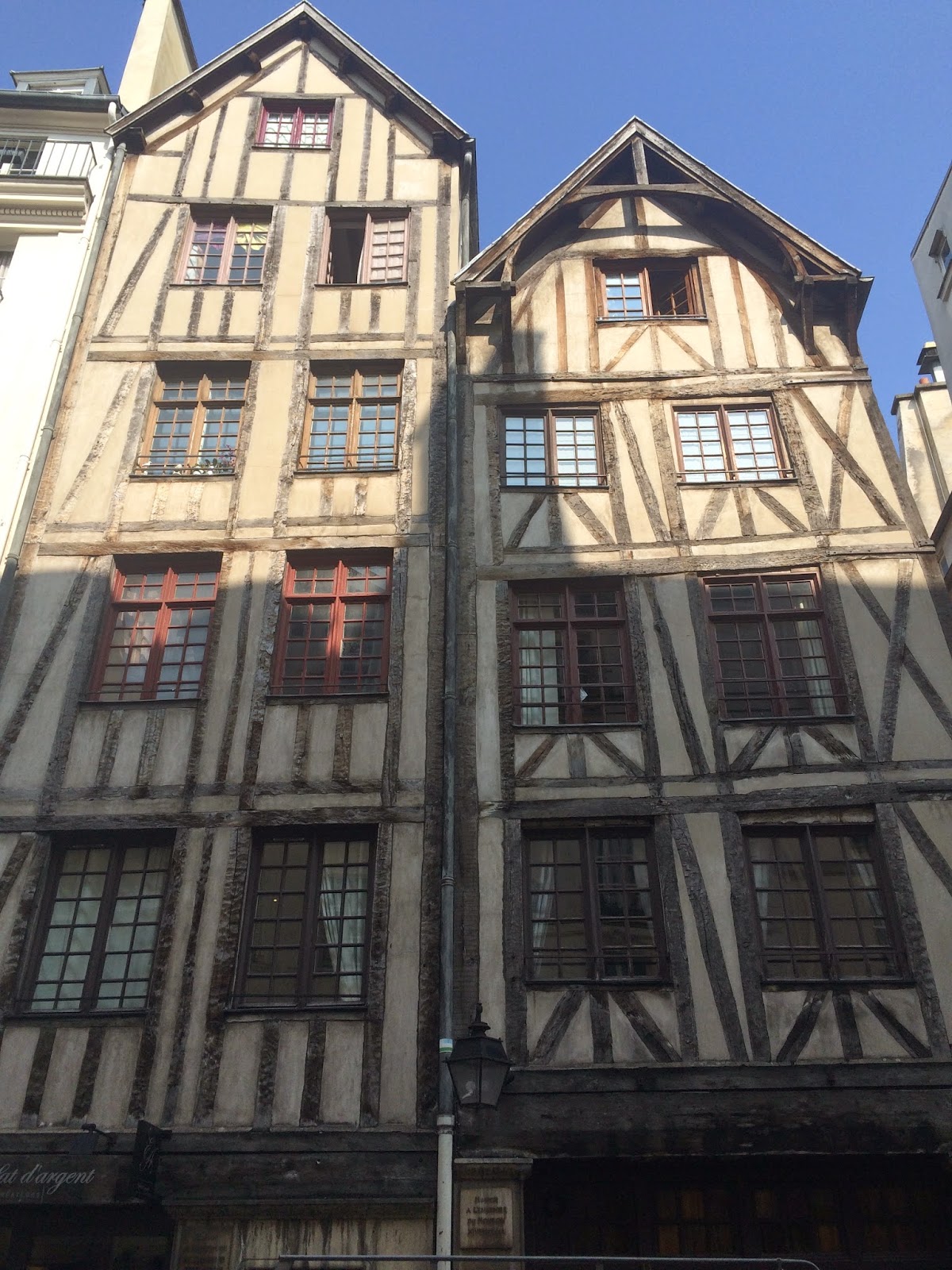 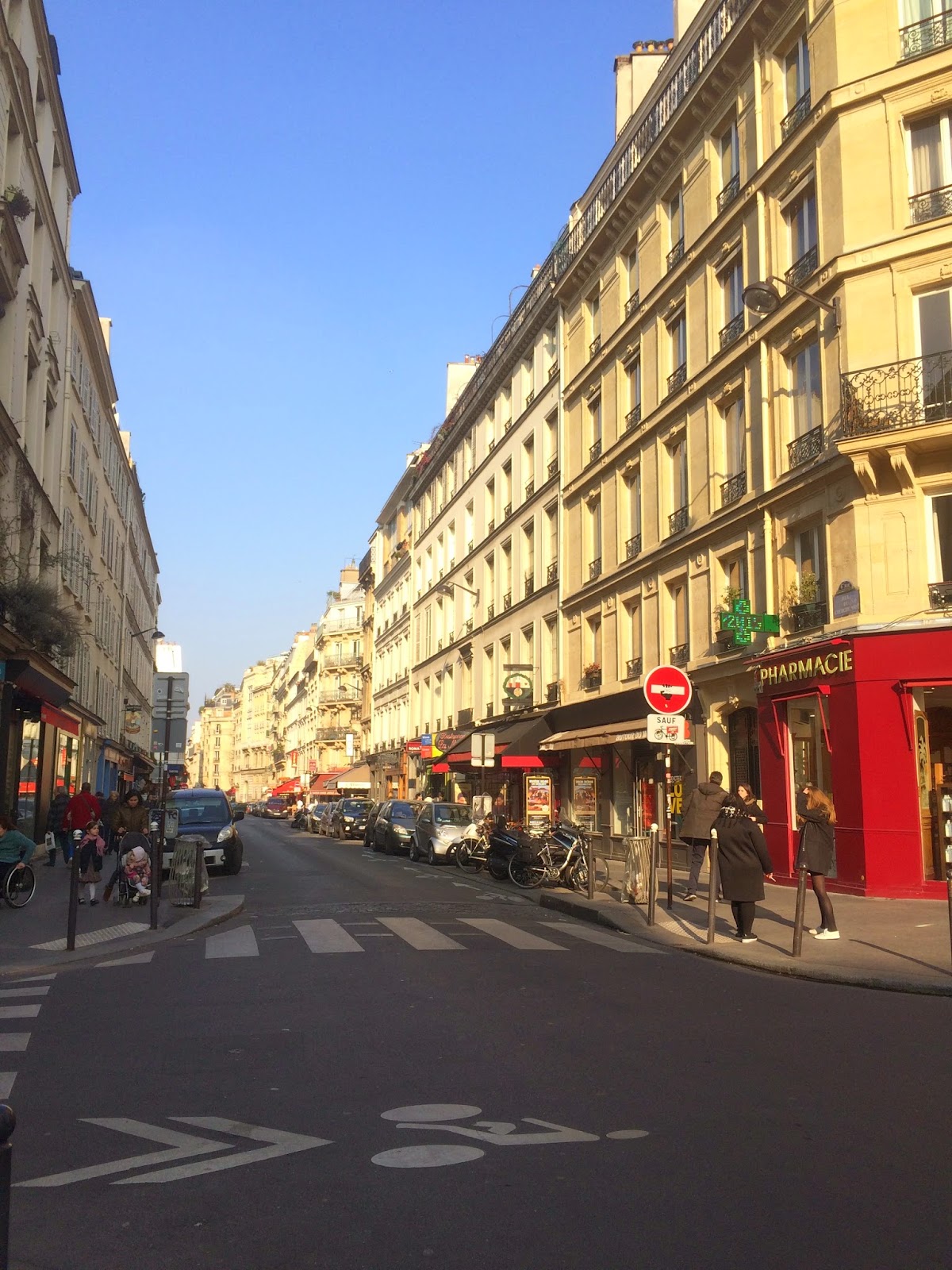 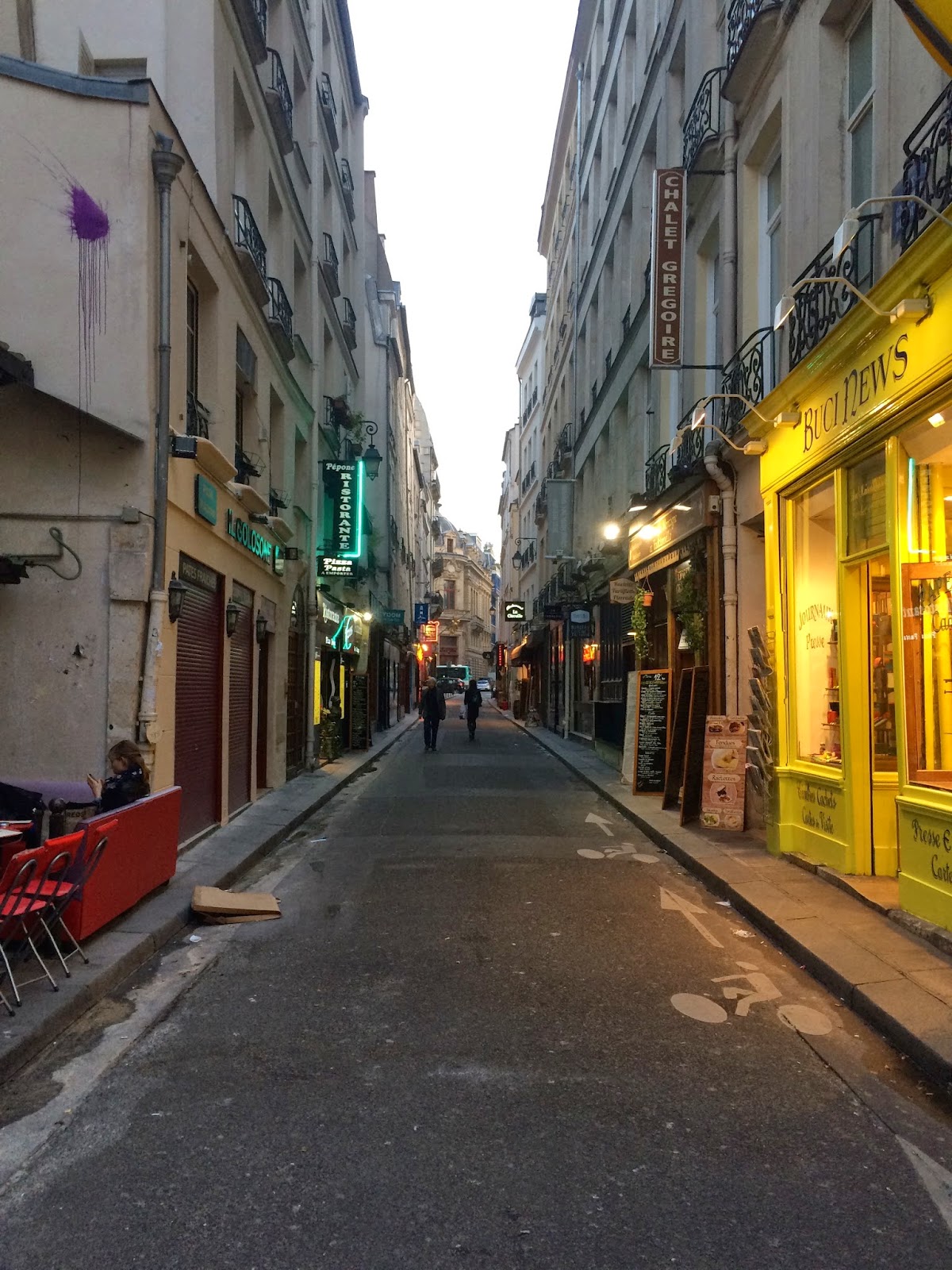 Posted by Vesuvius At Home at 5:59 PM