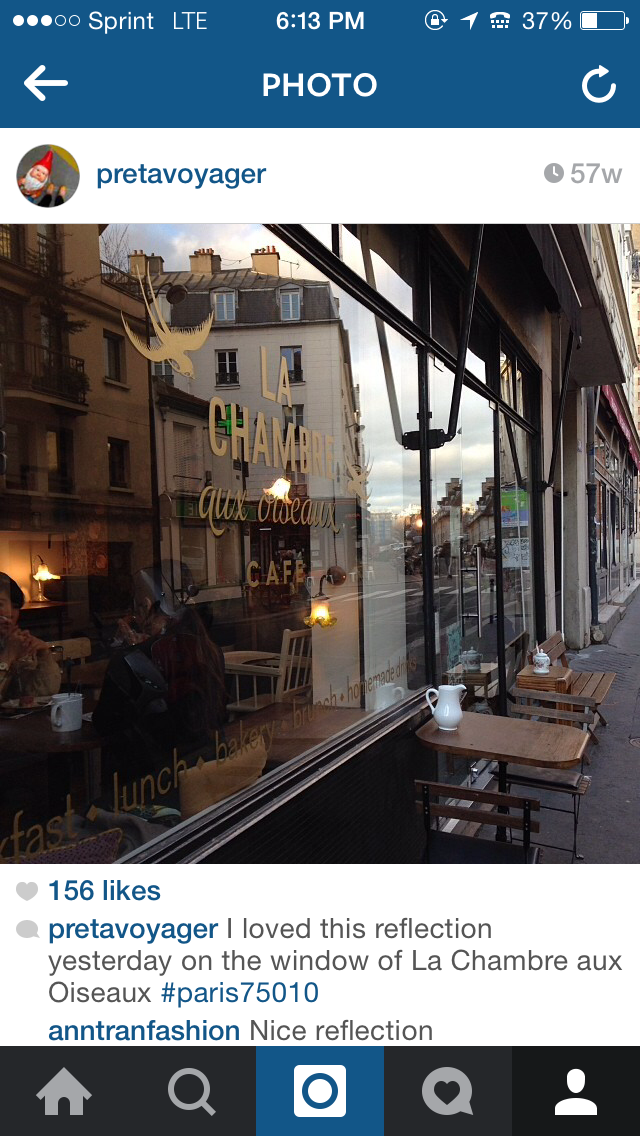 
Paris doesn't feel how it looks.

I spent months leading up to the trip looking at Paris on Pinterest and Instagram. You know filters are being used, but what you may not be aware of is that these pictures are also edited. Every time someone takes a picture, something has been left out. What lurks just beyond the frame of all those white-washed photographs you see is the filthiness of the streets, and the madness of them. They are teeming and chaotic. Only by throwing yourself headlong into the fray can you become a part of it and, when the time comes, hold your ground. Don't alter your path for a Parisian. They aren't expecting you to, and it can throw off the rhythm of the entire boulevard. One full stop can cause a fifteen Parisian pileup. Stay on your path, and they will dart around you at the last second. HOLD YOUR GROUND.

On my first morning in Paris, I had just slept twelve hours after enduring the overnight flight. They served us wine by the bottle but it was still tough. The seats were tiny and hard as rock, and I had put my ass much closer to the sweet Spanish young man next to me than I should have, turning on one side, under the guise of being "asleep". I could see Paris outside my windows, the Haussmann boulevards, the racket, the sun. Paris looked the way it looks but it felt overwhelming and vast. I felt ridiculous. Who comes to Paris alone? The night before, I had walked along the Seine and seen lovers upon lovers posing with their favorite child, the selfie stick. I had seen families too. Who comes to Paris without their family? I felt selfish and absurd. There was a definite desire to hide all day, and I had to force myself to leave the apartment. "You did not come to Paris to sit in an apartment," I told myself. I put on my black jacket and Rick Steves into my purse and threw myself overboard. Immediately outside my apartment building, I saw a father buckling his toddler into a bicycle seat. I took comfort in that. Look, Parisians are just people too.

I had nothing to do and nowhere to be. Two weeks seemed like an impossibly long time to be alone in Paris. Endless. That night I would email my husband and beg him to come be with me. But now it was morning, and there was Paris to see. I set out down rue Bichat, headed toward the canal. I passed a few cafes and a lot of Parisians hurried past me, the way they do. The thought of entering any establishment was intimidating, but I needed caffeine and something in my stomach. This infused me with what I call 'the coffee bravery'. I came to the bird-adorned window of La Chambre aux Oiseax. Because it was familiar from my research before the trip, and because there were two people sitting outside, I forced myself to go in. 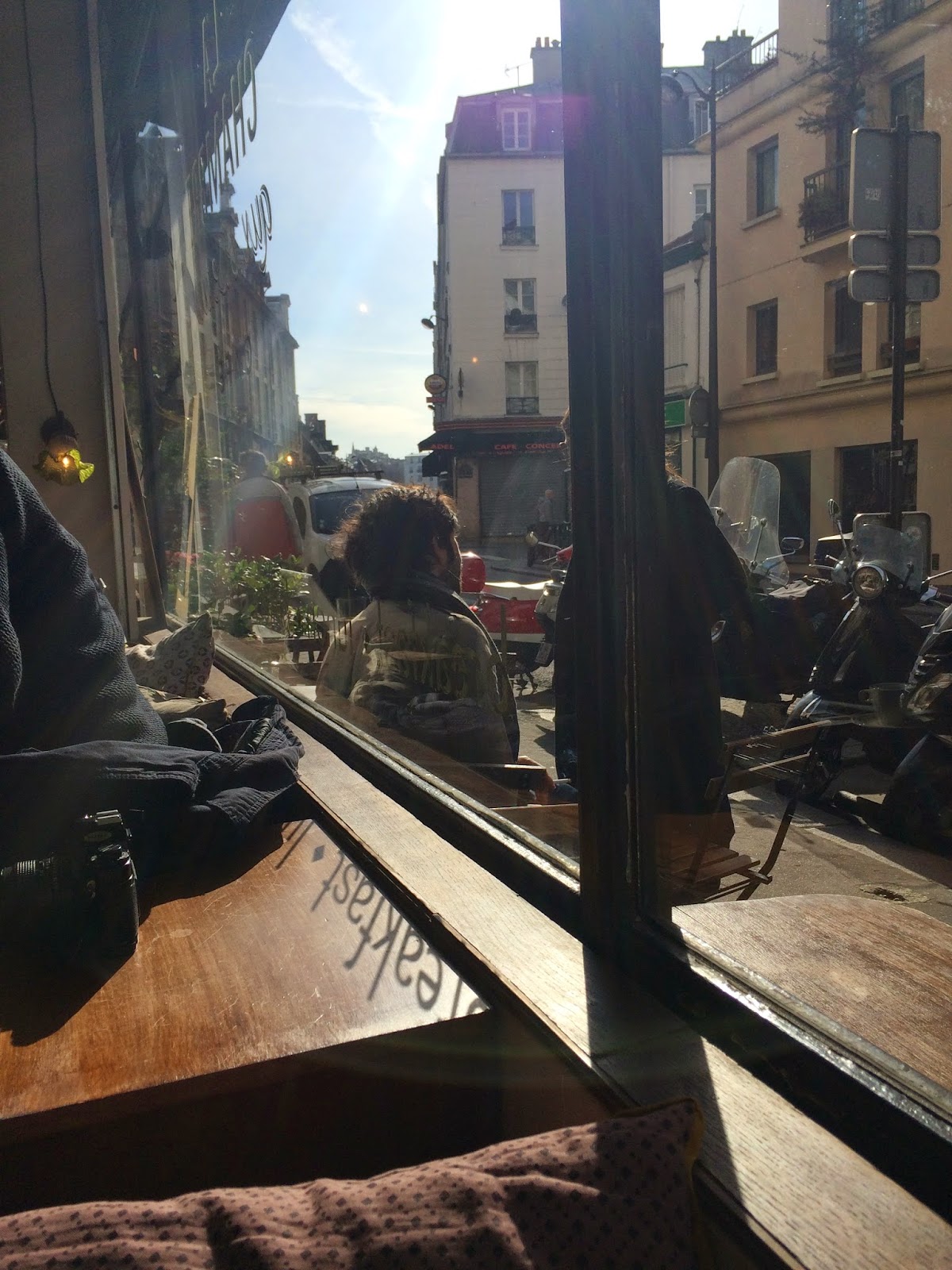 "Bonjour!" I announced immediately upon entering the room, sunlit and full of empty tables, as I had read was necessary Parisian etiquette. There was one man working there and when I proclaimed my bonjour, he was on all fours in a storage closet with his head beneath a shelf. Perhaps it would have been better to wait for him to emerge before bonjouring him? Leave it to an American to turn etiquette into an assault. Never mind. After a moment he did emerge, and I managed to take a table by the window, in the sun. (Sit anywhere you want is the prevalent routine in Paris, but it took awhile for me to feel comfortable doing it) "Je voudrais le petit dejeuner," I said. Which was a thing on the menu, I promise I wasn't just saying "I would like the breakfast." "Avec un cafe creme." Nailing it. 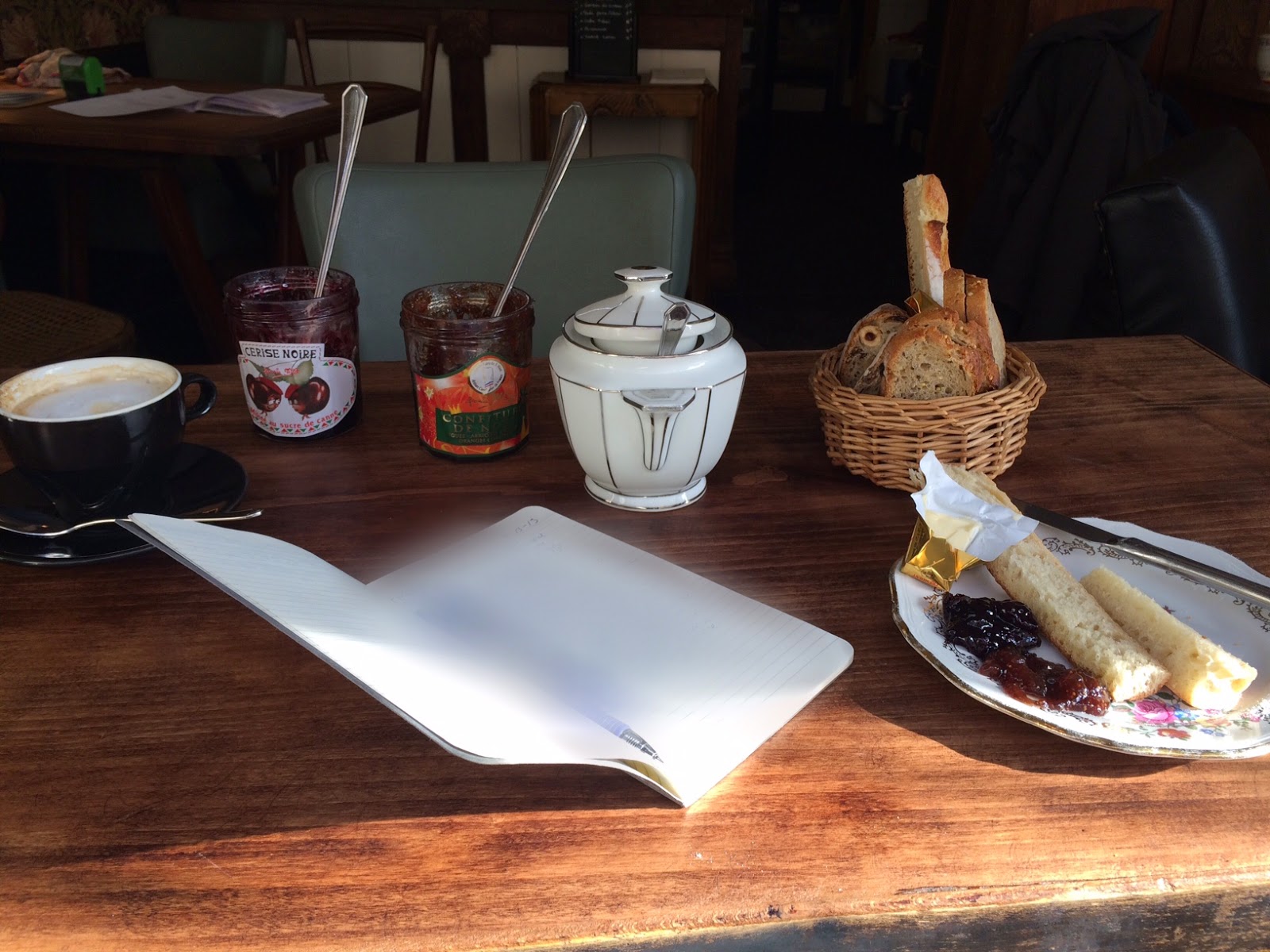 I was the only person in La Chambre, and I regretted sitting facing away from the window and into the cafe. I felt like I was staring at my waiter and making him uncomfortable, with his large and serious brown eyes. I felt large and bumbling and gauche. I busied myself taking out my journal and the book I'd brought, but soon enough the room began to fill up with other tables, and the man brought me my French breakfast--good bread and good jam and something hot to drink. I cradled my coffee in my hands and settled my back into the window and the sun. I am doing it. I am sitting in a cafe in Paris. Never mind the Americans to my left and the Germans to my right--are there any French people in Paris? I stayed as long as my nervous energy would let me. This would be the greatest angst I would experience in Paris, and I'd feel it repeatedly. Stay and linger or go and do? Having entire days to yourself alone in a foreign country can unmoor you completely and make you ponder all kinds of questions like who am I really and what do I even like to do and WHERE THE HELL are these people getting those jackets? Eventually I went. Later that day I had a flat white at Craft where another brown-eyed French man spoke two languages to me in gentle tones. I'd wander until I ended up in the Marais and have lunch at Breizh cafe--which means Brittany Cafe in the language of Brittany, which is confusing--a buckwheat crepe stuffed with raw milk gruyere that I didn't enjoy as much as I'd expected to, a glass of dry cider that I did enjoy, a salted butter caramel crepe that was so sweet it made my mouth pucker. That evening was the food tour I blogged about, the fear the Australian couple was being nice to me because they pitied me--alone in Paris! Where I would knock over a glass of wine and swear in French as a joke and nobody but the tour guide would get it, and the tour guide wouldn't think I was all that funny. I'd had such a pleasant morning at La Chambre aux Oiseaux that I knew I would return. But somehow, I never did. 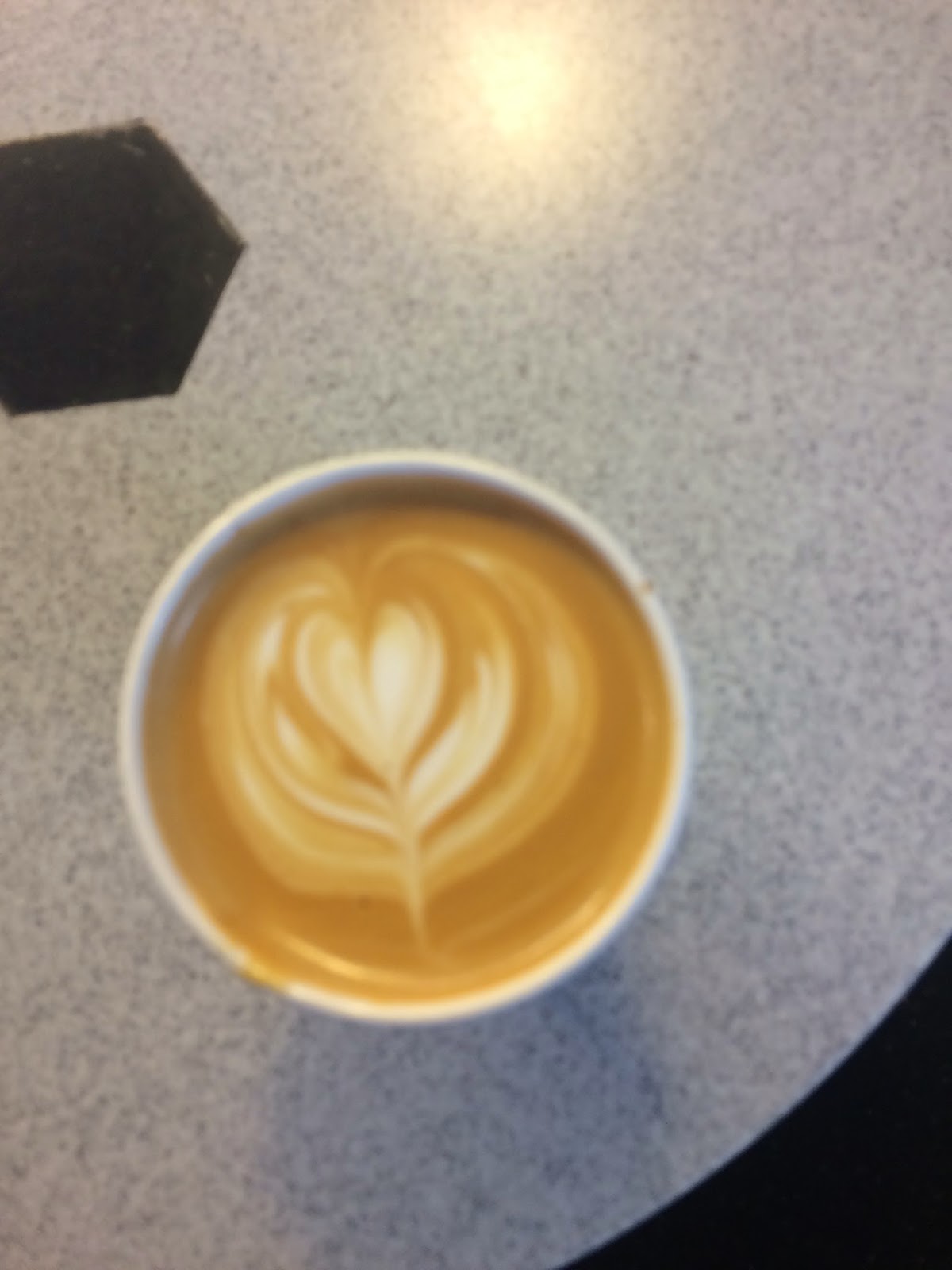 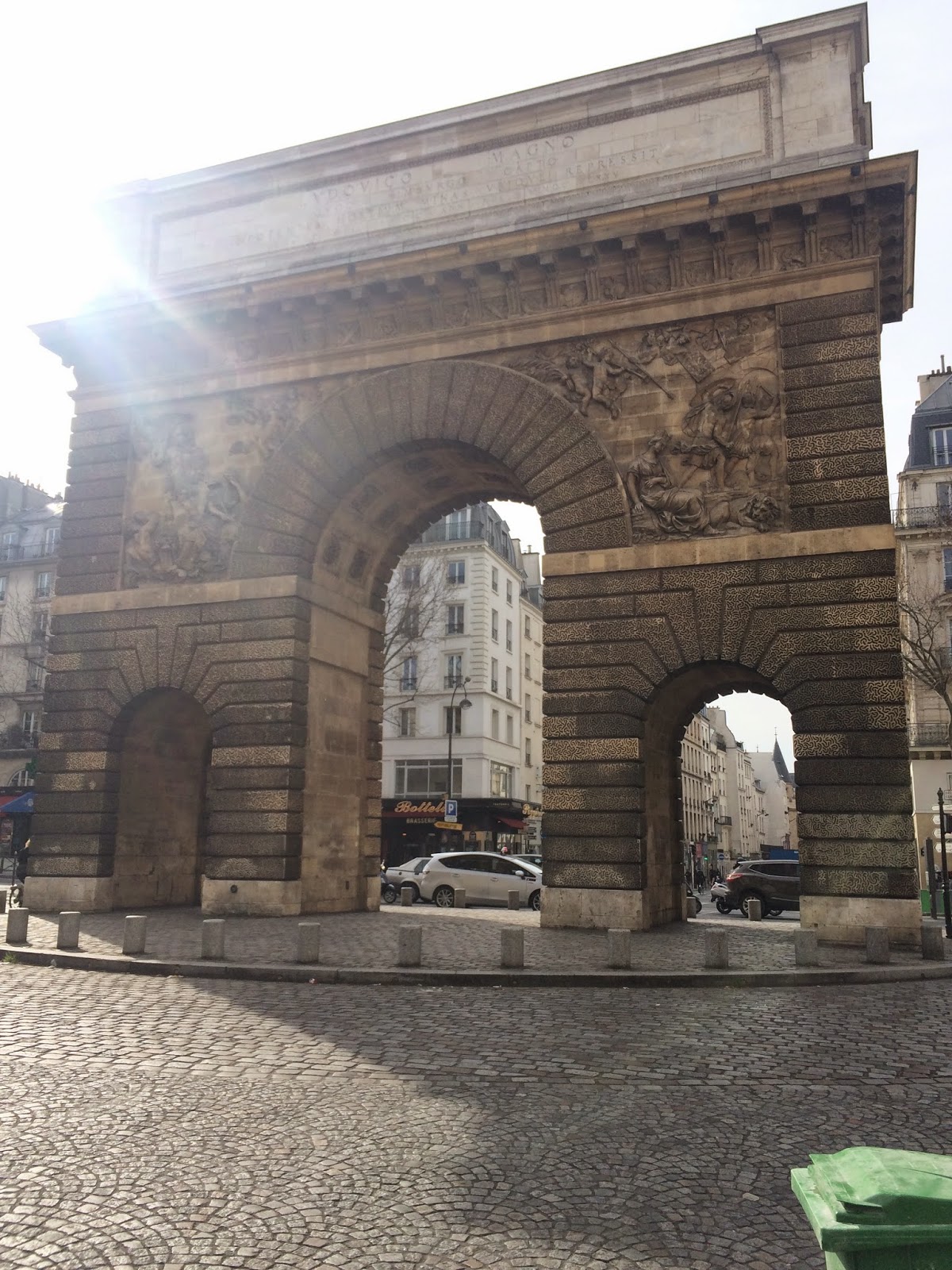 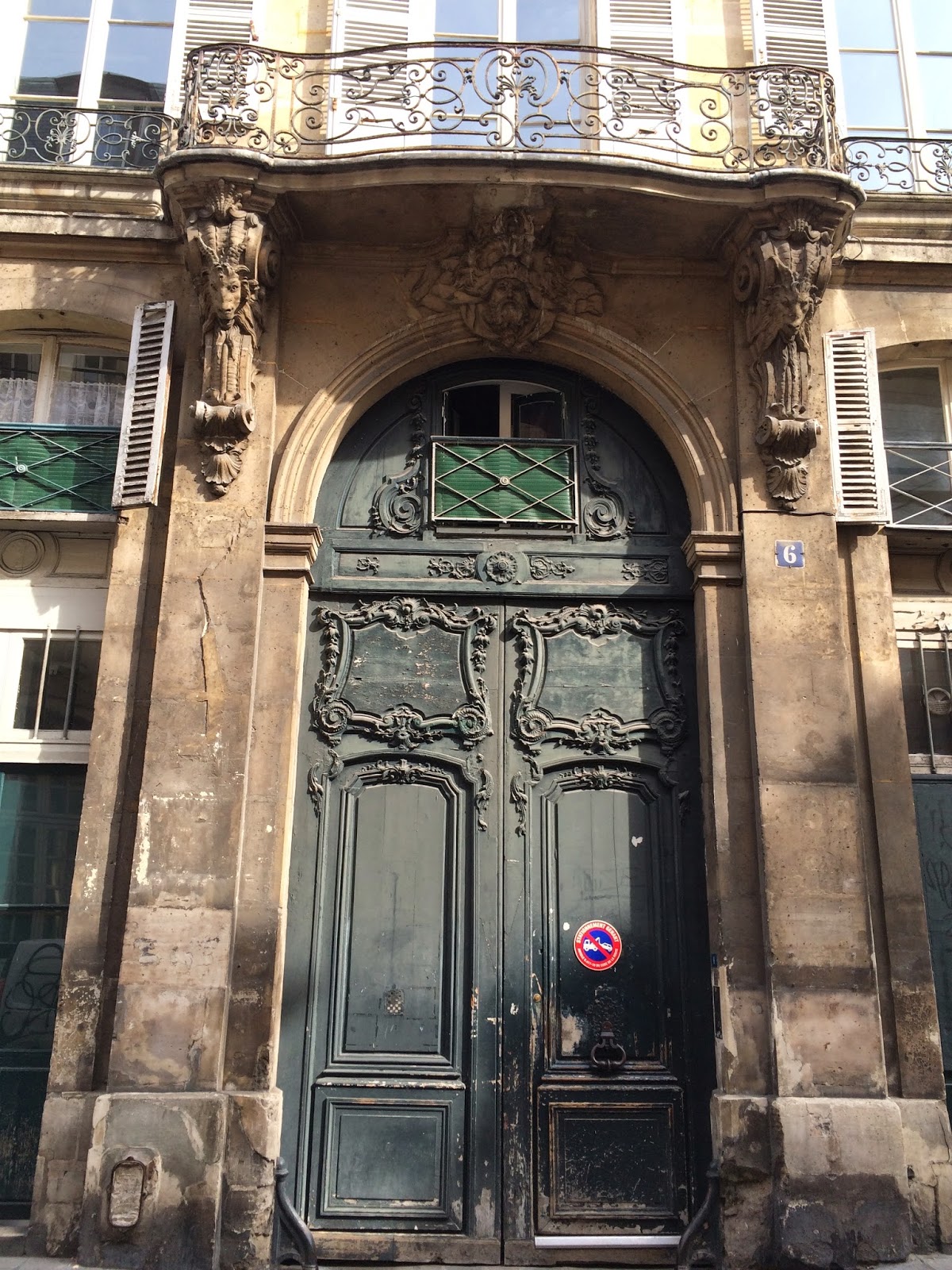 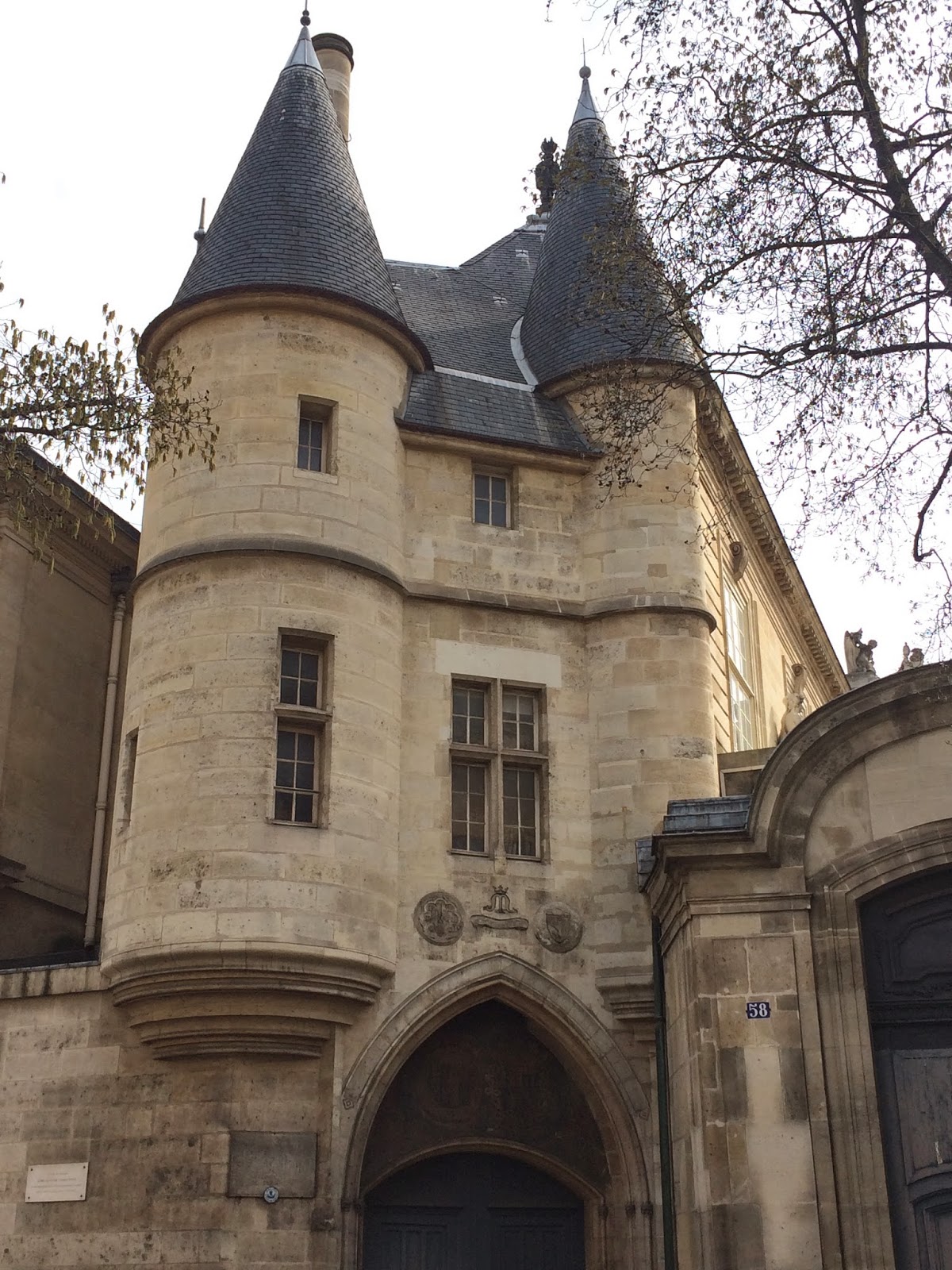 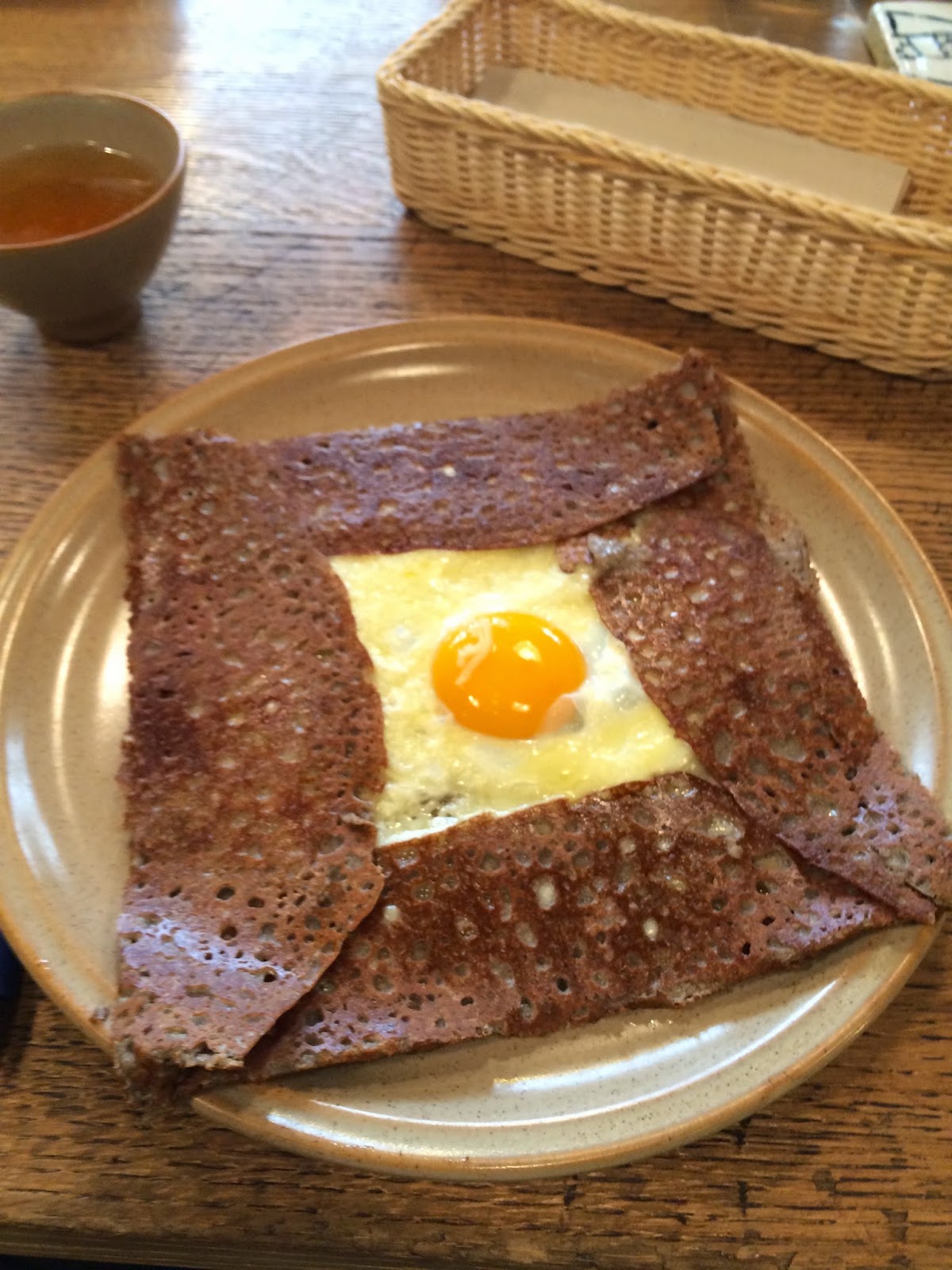 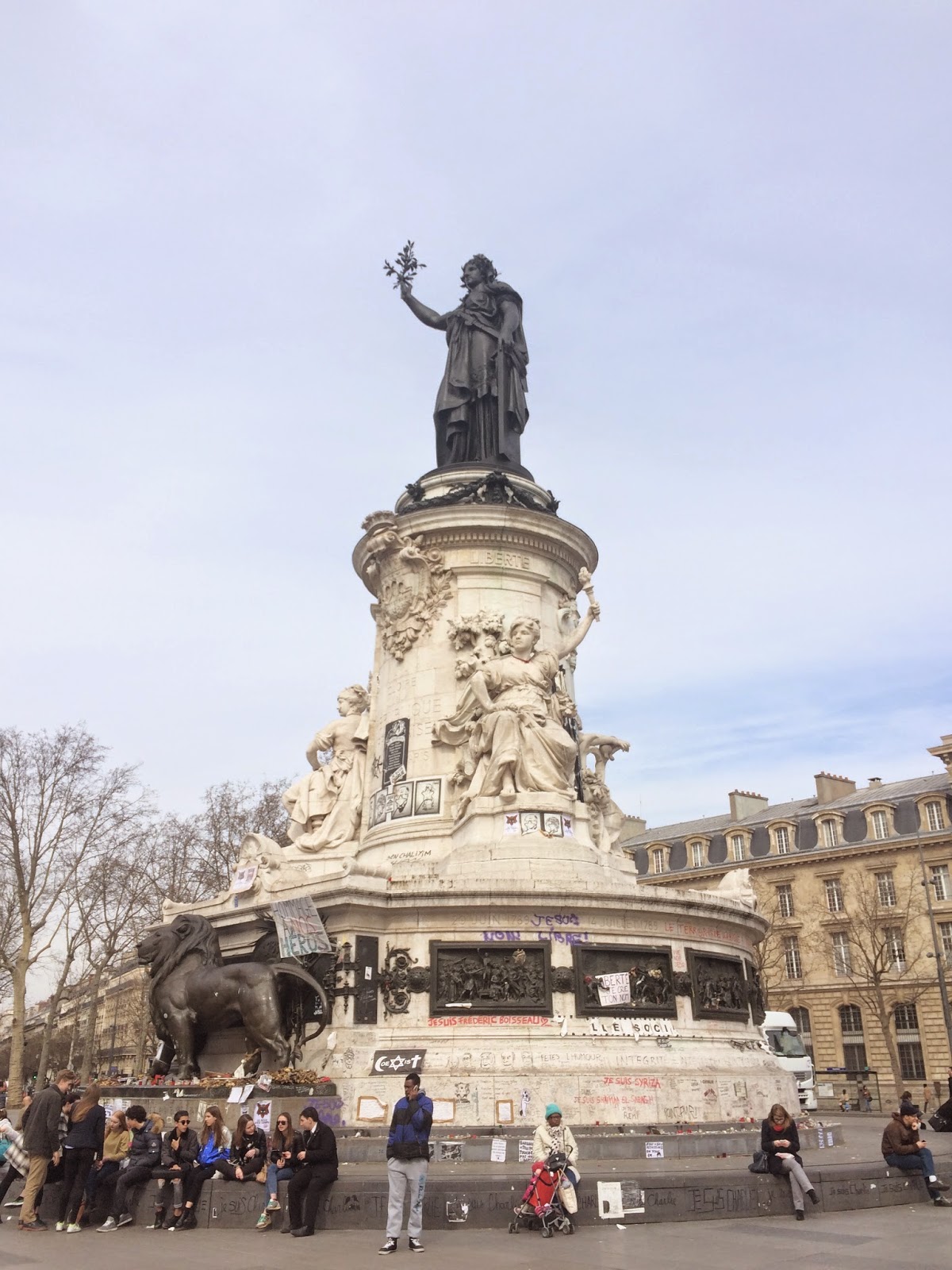 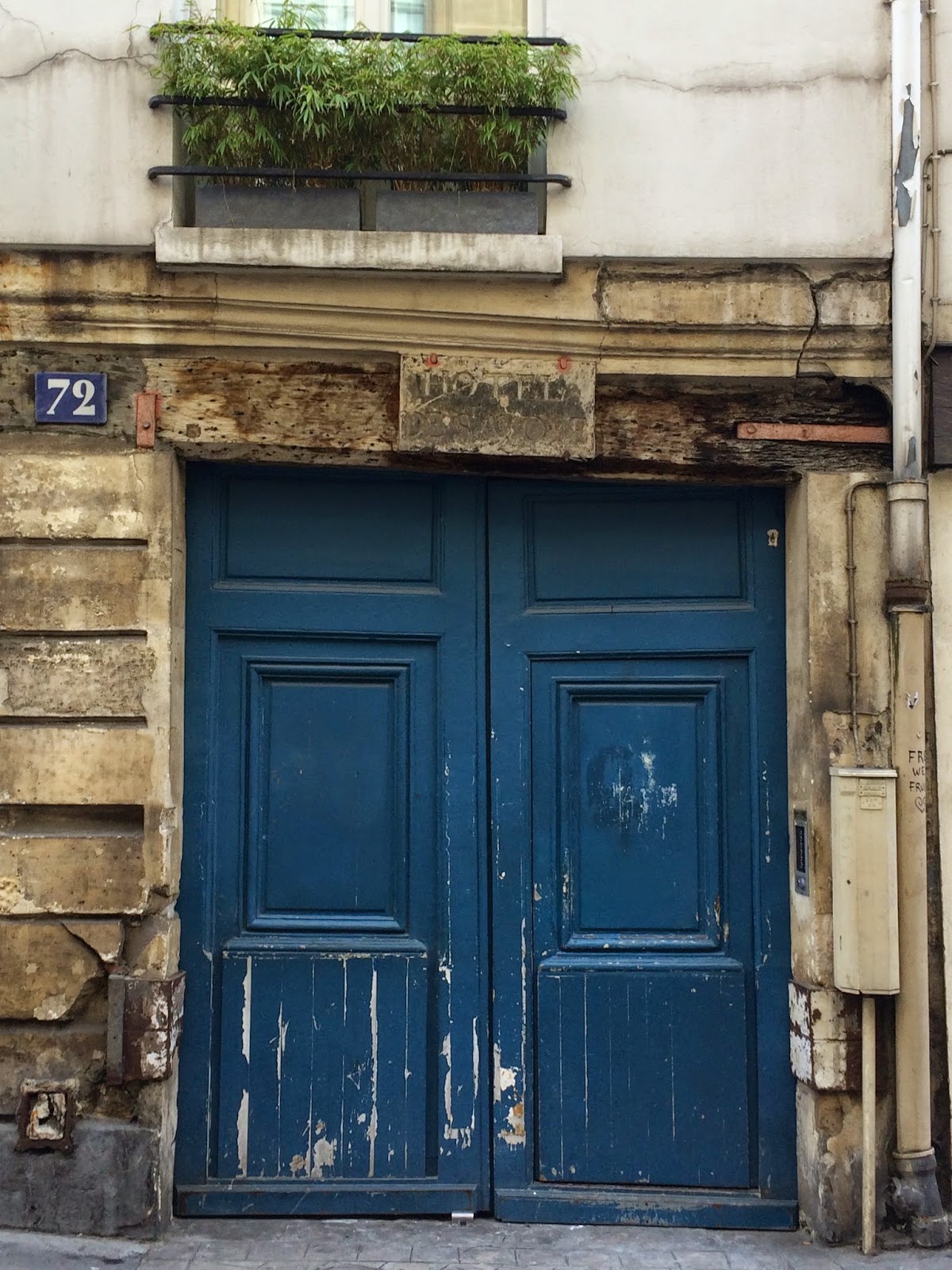 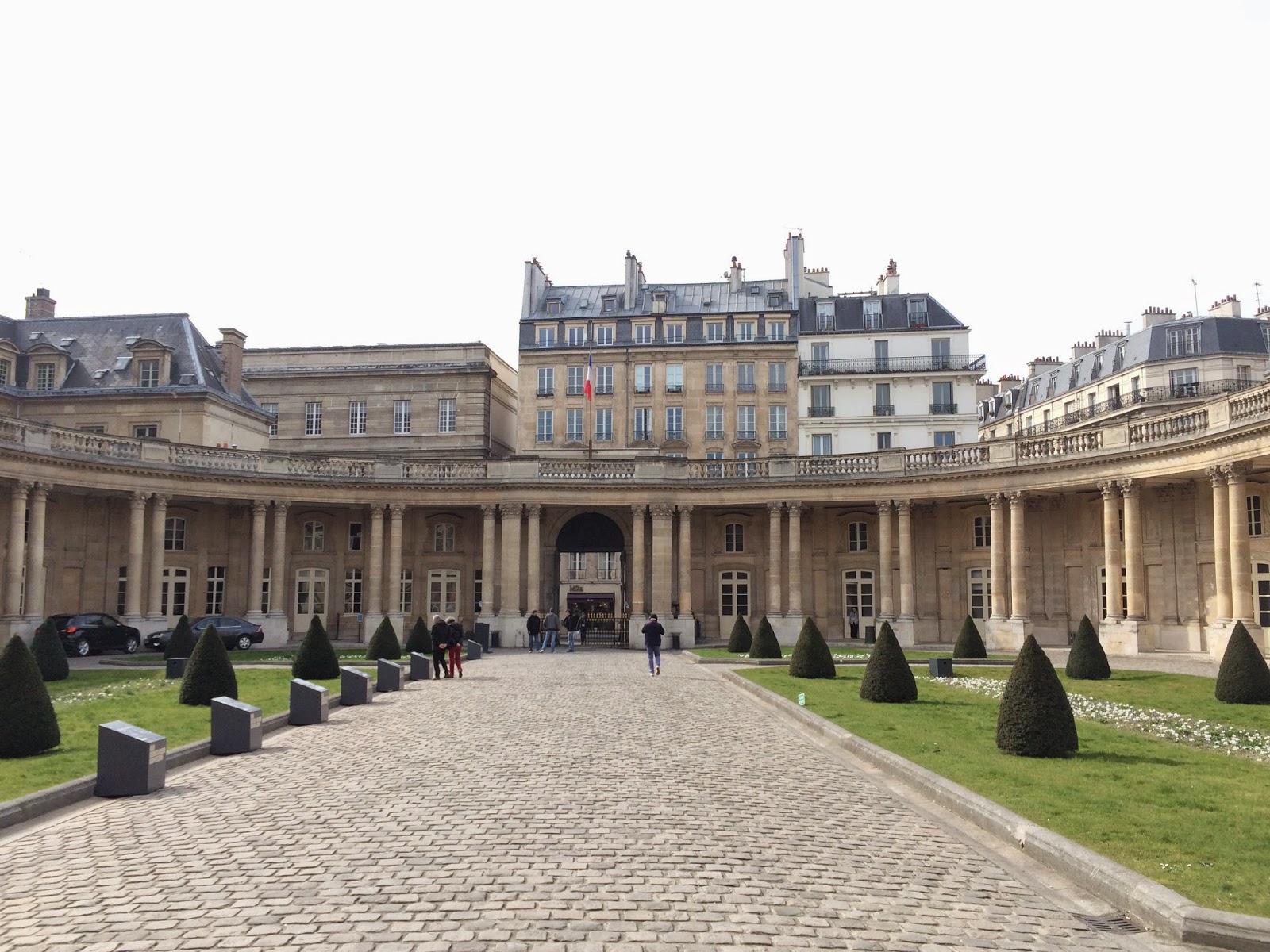 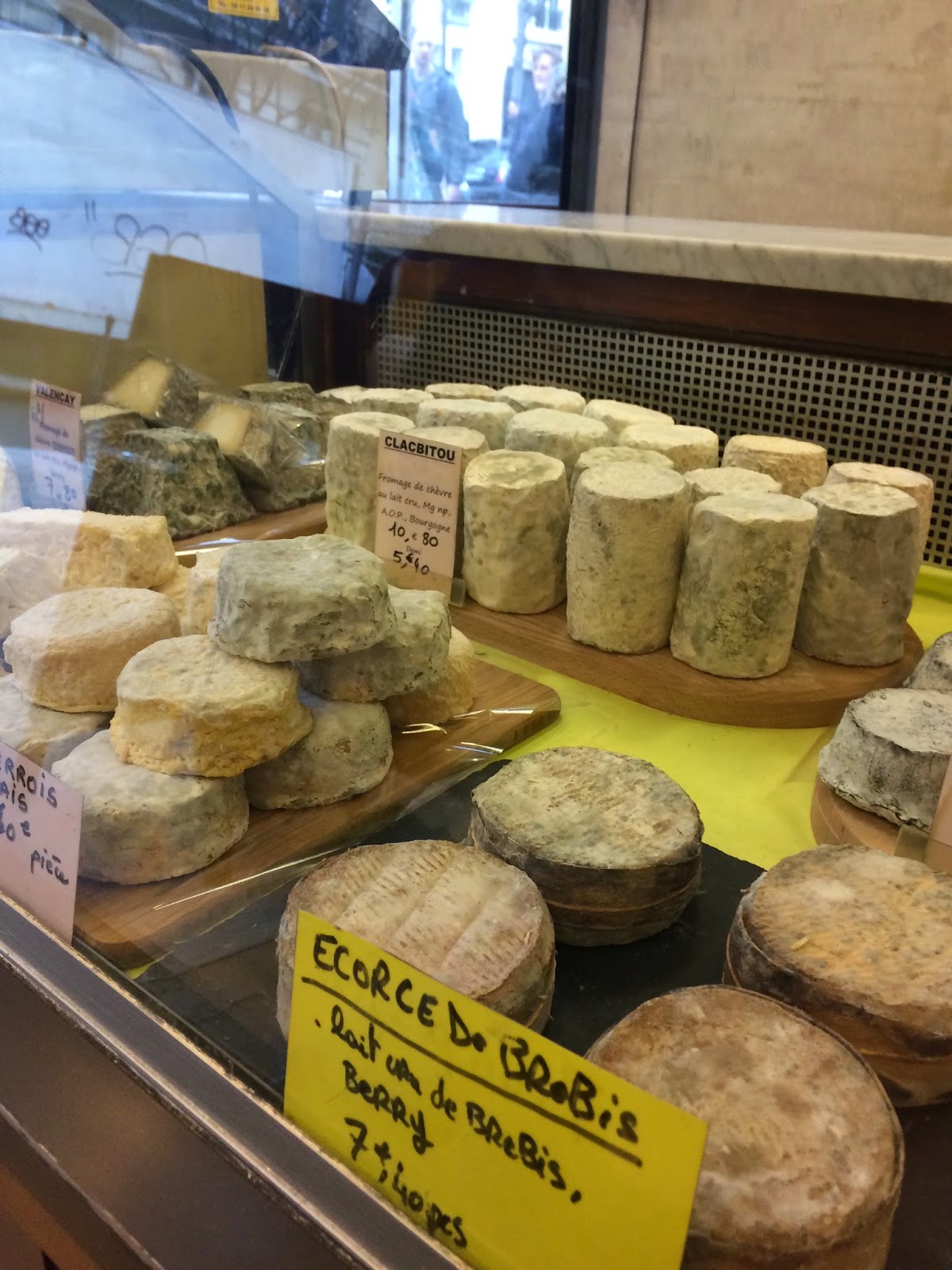 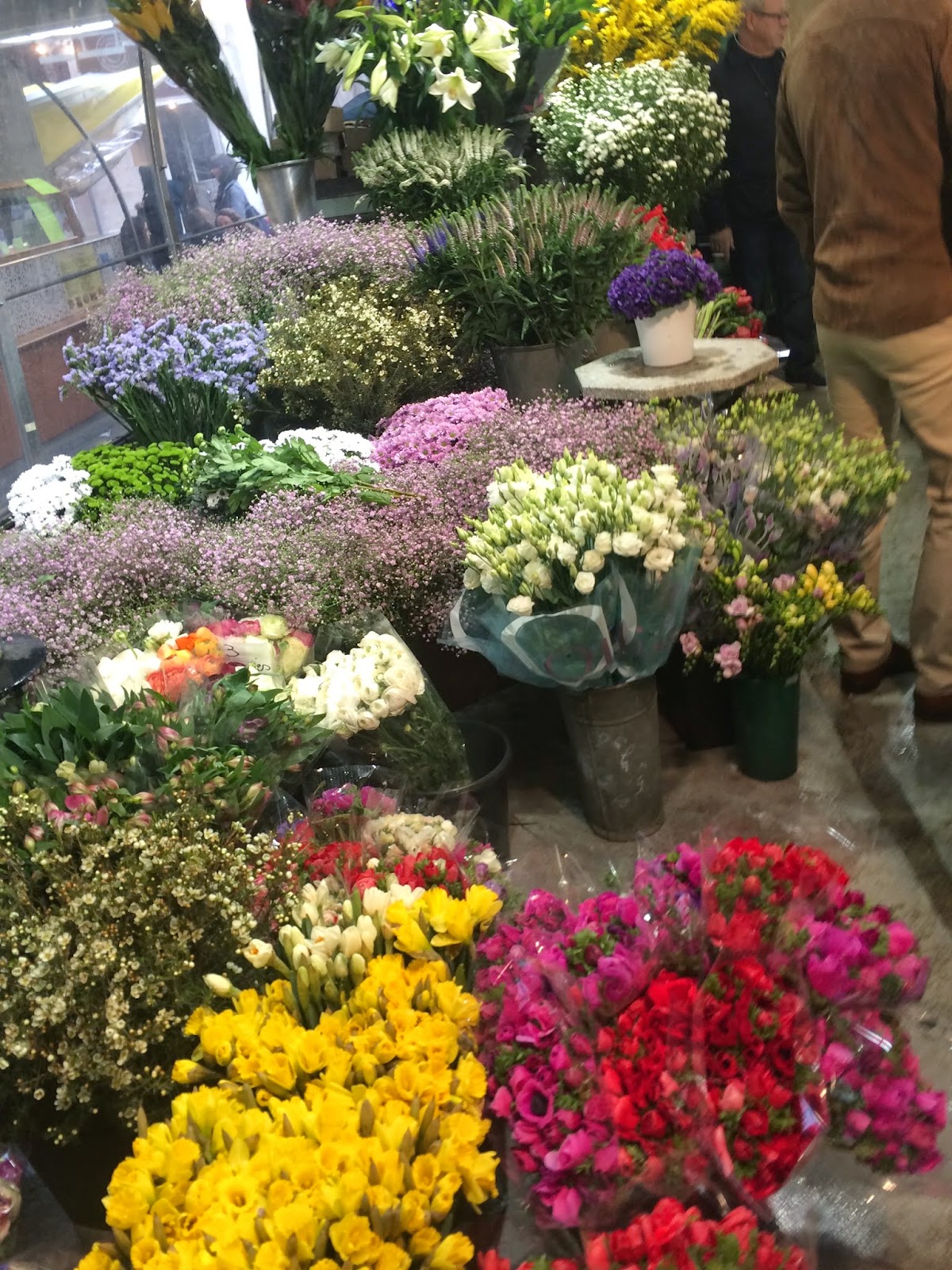 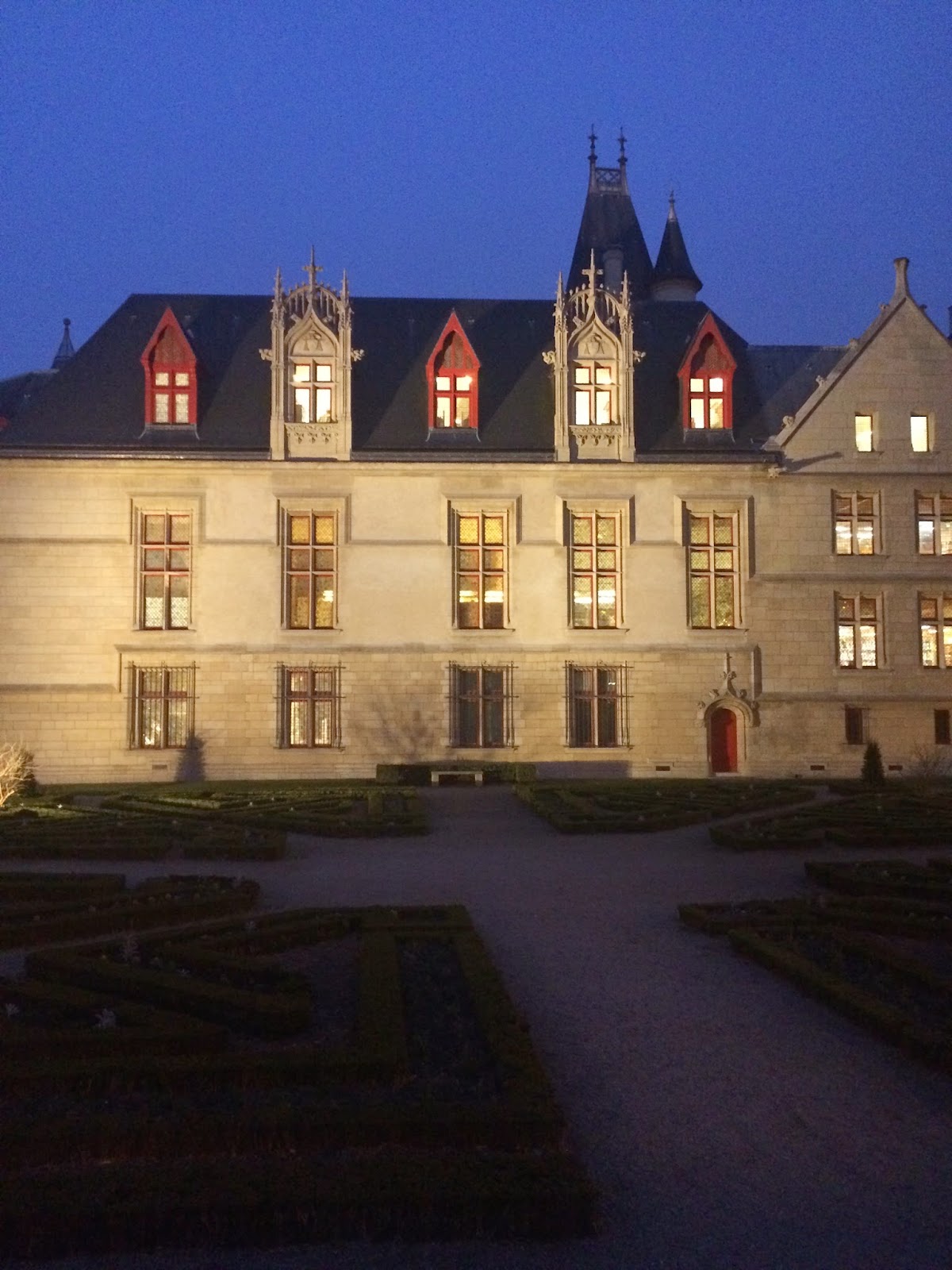 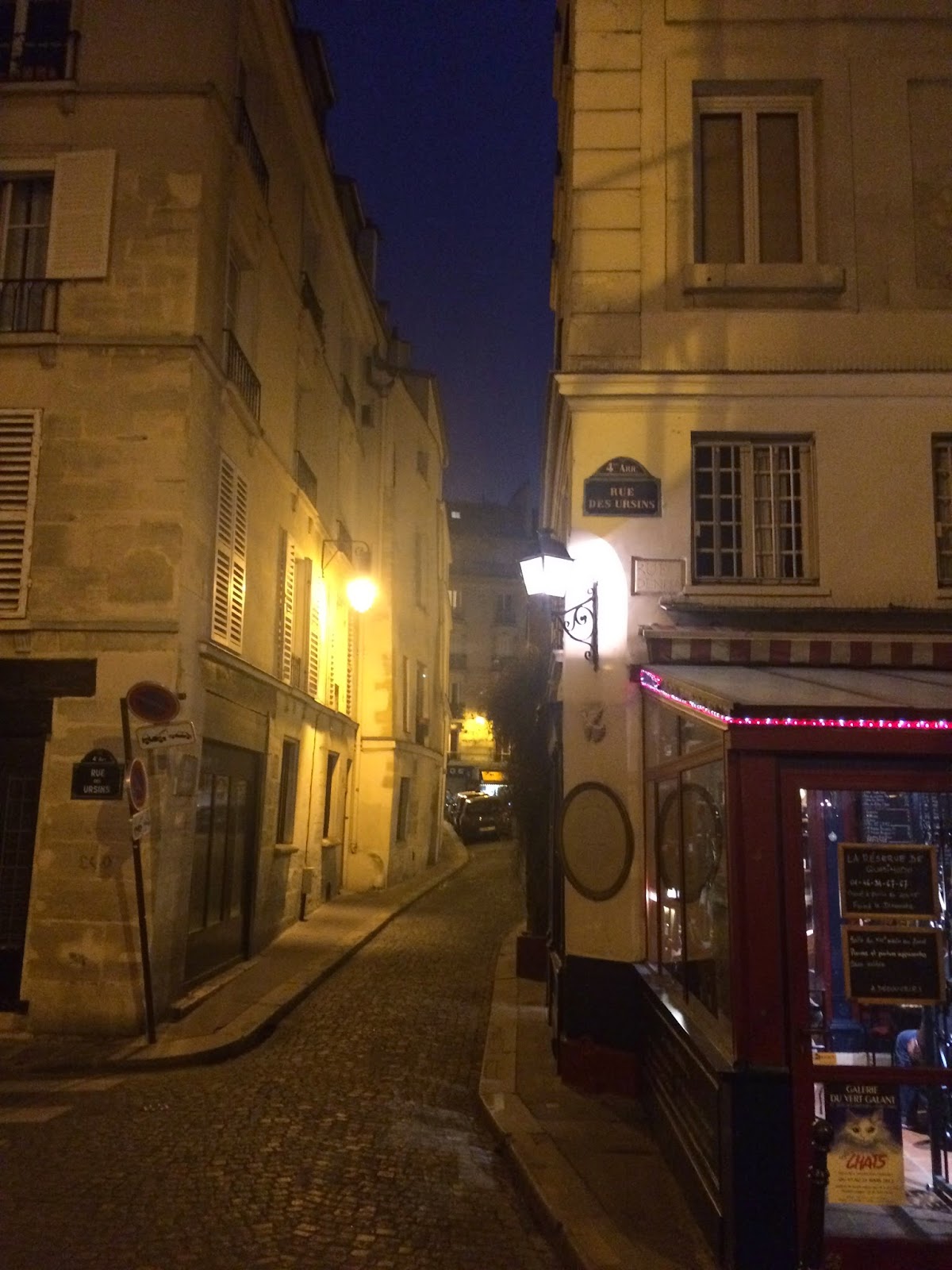 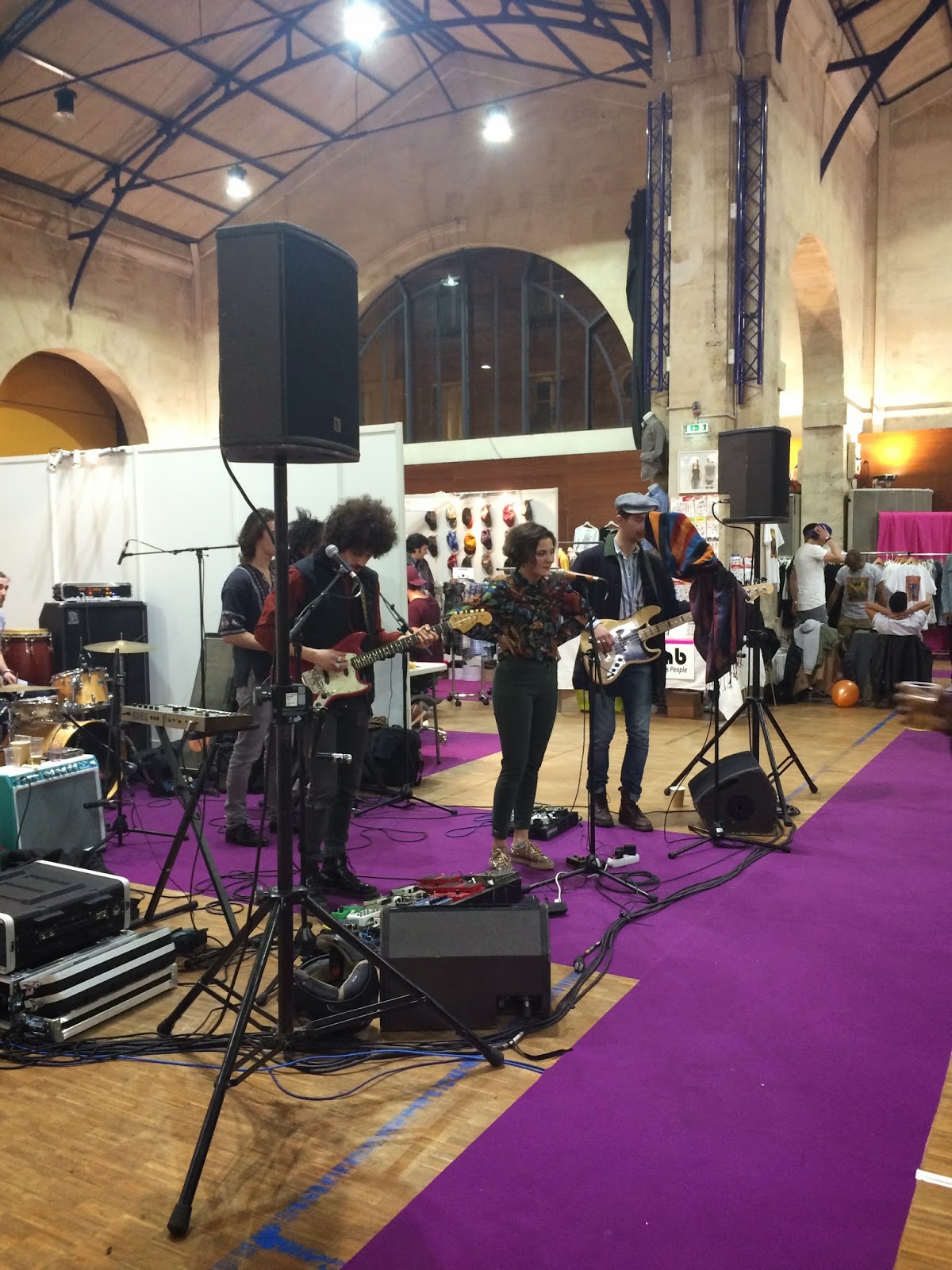 I wandered into a night time craft market where this band was playing.
They sounded just like the band that's playing in that Japanese
night club in Kill Bill, before The Bride takes on the
Crazy 88. One lyric I caught was, "you fucked
my mother with your sister!" which sounds, you know,
like a really raw deal.

Posted by Vesuvius At Home at 7:06 PM