Brevard is a quaint town to drive around in during autumn. The little shops downtown display scarecrows and spider webs in the windows, squares of hay decorate the sidewalks. There are churches with white steeples and pumpkin patches on the lawn, and the evenings smell of wood fires. The hills that surround us on all sides are lit up, gold and red against the blue sky, and when the light comes through the trees it feels as if we are living in a jar of red honey, set against the window and shot through with sun.

I want to write about Indy and Ayla. Indy and I went to an art gallery with the girl scout troop, and while most of the girls chatted and flitted, Indy took my hand and led me from one work to the next, crossing the room repeatedly, following her gut. "Look at these very beautiful colors," she said, solemn. She knelt before a bronze sculpture of humanoid forms in the center of the room. "This is very interesting," she said. "What do you think they are?"

I told her I didn't know and asked her what she thought.

"I think they are people but they could be anything," she told me, before a photo-realistic painting of leaves caught her eye. This was a wonderful moment, but all is not well in her world. Last night she lay in bed next to me and was conversing calmly until the subject of classmate Charlie came up. "Charlie is always asking me to play hot potato. Hot potato hot potato hot potato." She was so agitated she had to sit up. She buried her face in her hands. She actually pinched the bridge of her nose. "Every day he is asking me to play hot potato and I don't want to play hot potato and I say no, Charlie, let's not play hot potato but Charlie just says who wants to play hot potato and it is making me very frustrated." Today her class came on a field trip through the library while I was working and she walked me around holding my hand fast to her chest. She says her room is messy because the wind blows so hard every night. She has a slippery relationship with the truth. She comes down the hall cradling a swaddled doll and I love that she is still young enough to do it. I took a picture of it in my mind so I'd never forget. Indy, 7, with doll.

Ayla has just turned nine and for her birthday, she made a shrunken head out of fondant to sit atop her cake. Ayla has always been drawn to the compelling energies some people deem creepy. She was born in October to a mother too busy trying to become herself to properly raise a daughter. Luckily Ayla seems to have been born knowing who she is. The opposite of her sister, she is a truth teller, which can be a painful quality to have in a daughter. She weighs the scales. She doesn't forget.

She wants to be sung to every night and still kisses me on the lips.

Now, a lot of pictures of fall: 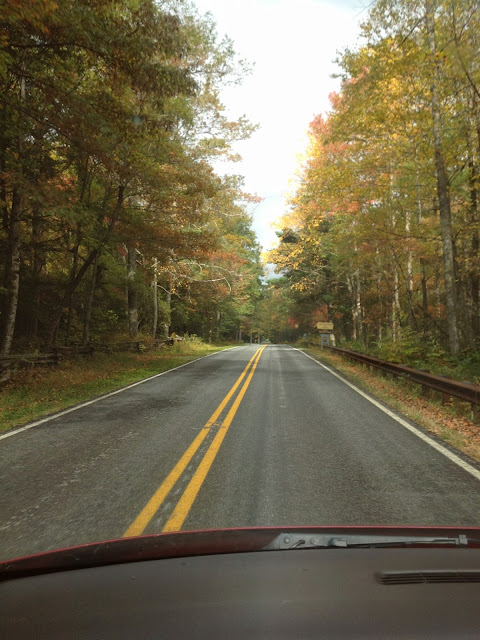 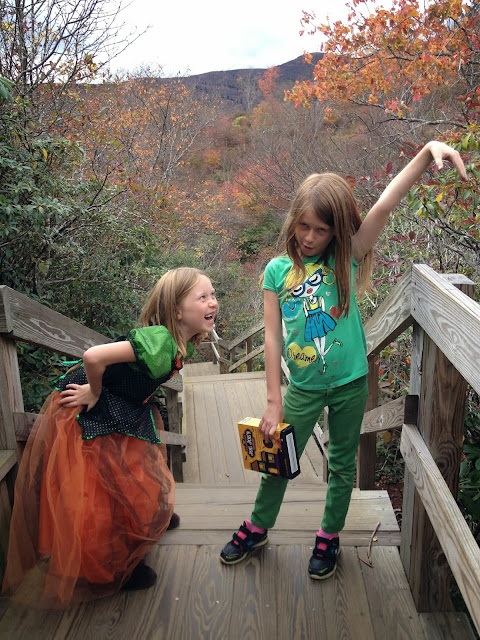 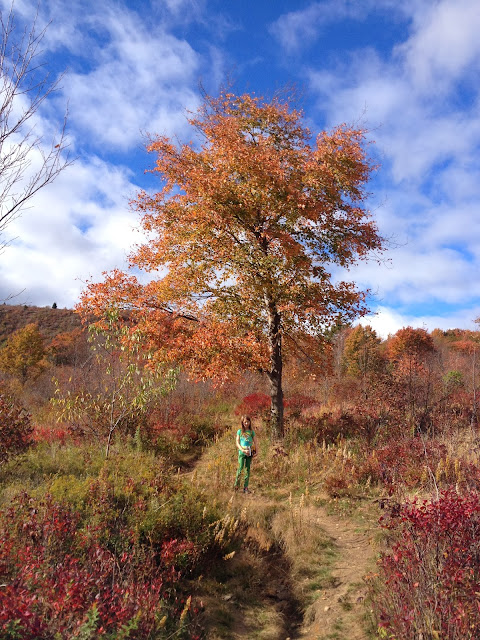 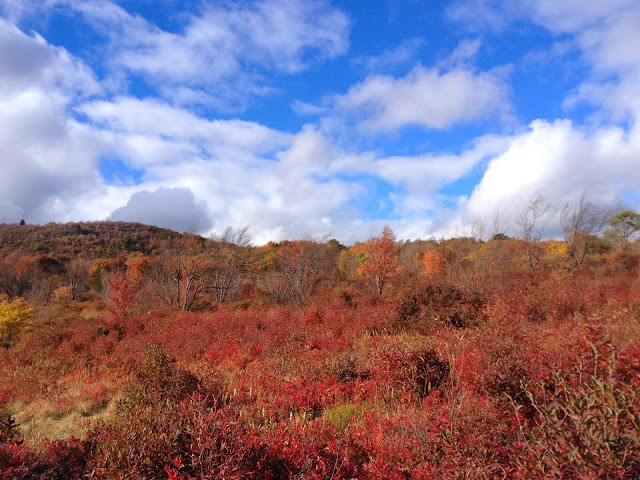 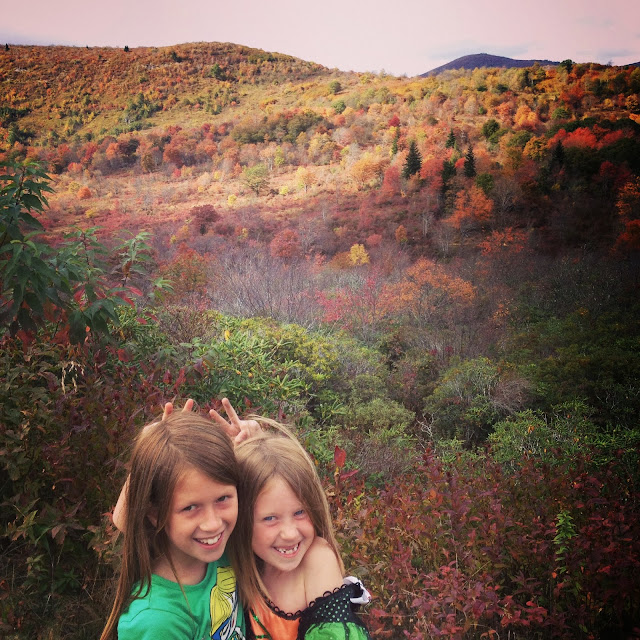 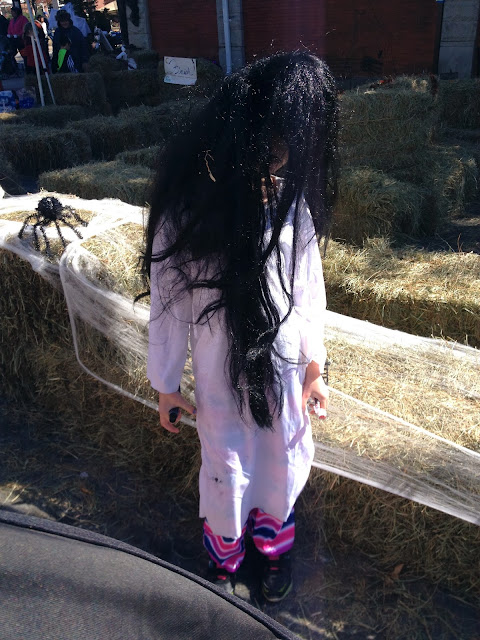 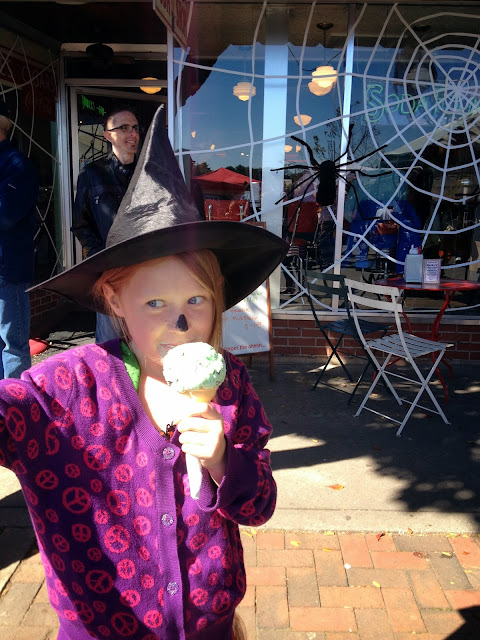 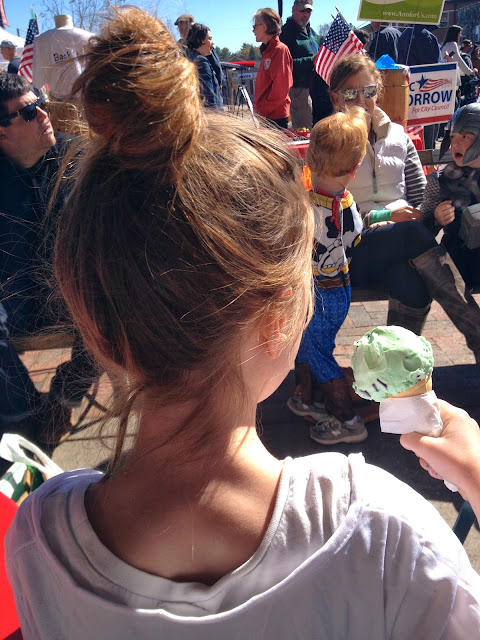 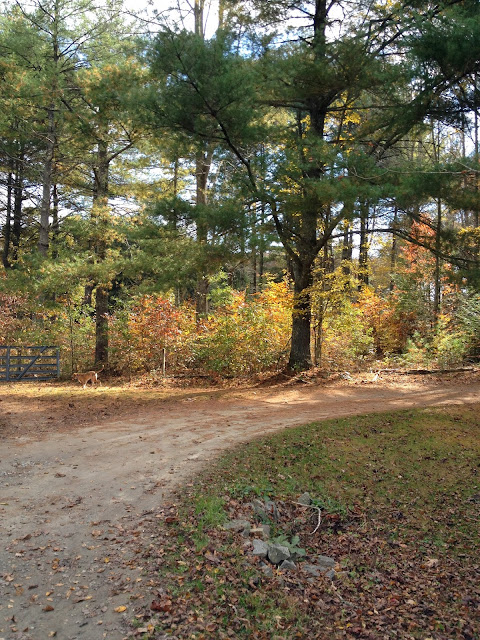 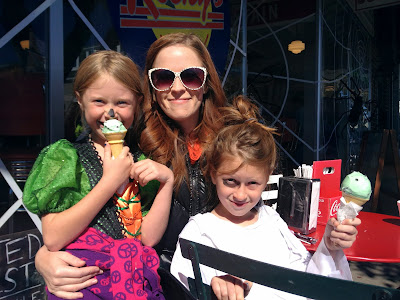 \PS: I want to thank everyone who shared my body loving post. Because of all your help, that blog got five times as many views as my average post does. Thanks for helping me spread the message.
Posted by Vesuvius At Home at 3:57 PM