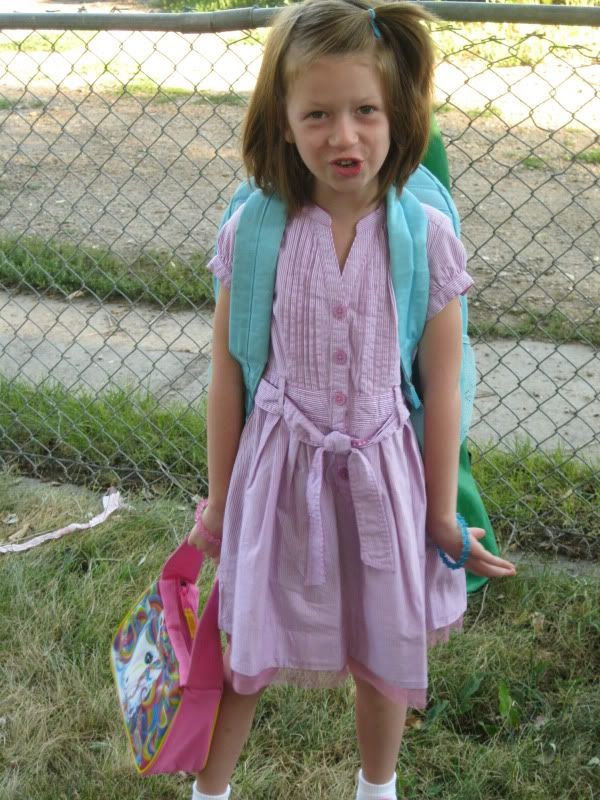 You were so mad your sister got to start school two days before you did that you stomped your feet and hopped like a little pitch-forked devil.

Then I told you we were going on an outing for new shoes and suddenly you had a different outlook altogether.

I took you to Kohl's and you ran immediately to the Sketchers. "Look," you cried. "Sketchers twinkle toes!" and then it was my turn to be hopping mad because Sketchers had marketed to you so heavily you were able to recognize a brand simply by looking at the fat purple heart and the too-skinny girl on the box.

I sort of held my breath while you tried on one pair but declared them 'too fancy' and Ayla, you were right. You have excellent taste, just like your Great Grandma.

You tried on a second pair of Twinkle Toes, but you just weren't thrilled. I told you we could go to Target and see what they had there. You wanted to know did they have Sketchers at Target. "They make you go fast," you said.

I reminded you of the time you were disappointed with the Littlest Pet Shop play house. You had thought it would be as wonderful and thrilling as they make it look on the tv. When you opened the box and it wasn't as big or sparkling or bejeweled as you had expected, you said, "Mom, why do they lie to kids? Someone should tell them they can't lie to kids, because it's mean." And I agreed with you.

But you insisted Sketchers wasn't lying and that their shoes would make you faster.

So we went to Target. I handed you a pair of shoes and told you they were Sketchers and you tried them on. You needed to test them 'for fastness', you said. You sprinted up and down the aisle a few times. I declared you quick as a flash. I told you you were running so fast I couldn't see you pass by. You were pleased, but still a little hesitant.

You said, are you sure they're Sketchers? And I said, yep.

I told you if you picked that pair, I would buy you an ice cream.

"I'm definitely getting these ones then!" you said. And then you said, "See mom, they didn't lie! The Sketchers do make you fast!" and I agreed with you.

But Ayla, I lied. Those Sketchers from Kohl's not only looked like shoes for hookers at Field Day, but they cost twenty-six dollars! The ones at Target are actually Circo brand, and they were fifteen.

I know it is too much to ask for you to see this as 'the day mom took me out and bought me new shoes and ice cream' instead of 'the day mom lied to me about the hooker shoes and my running speed'. I wouldn't have had such perspective when I was a kid, either.

You always have anxiety after making any kind of decision and on the way home, true to your nature, you regretted not getting the Twinkle Toes and asked for them for your birthday. So I hope to make it up to you then.

As long as I can find a pair that don't make you look like a five-year-old floozie.

I love you and I want you to know, someday, that when I went to pick you up from your first day of Kindergarten you gave me the stink-eye and did not wish to leave.

I also want you to know that I did not take it personally.

Future Ayla who is reading this, you look too skinny. Are you eating enough? Put on a sweater. 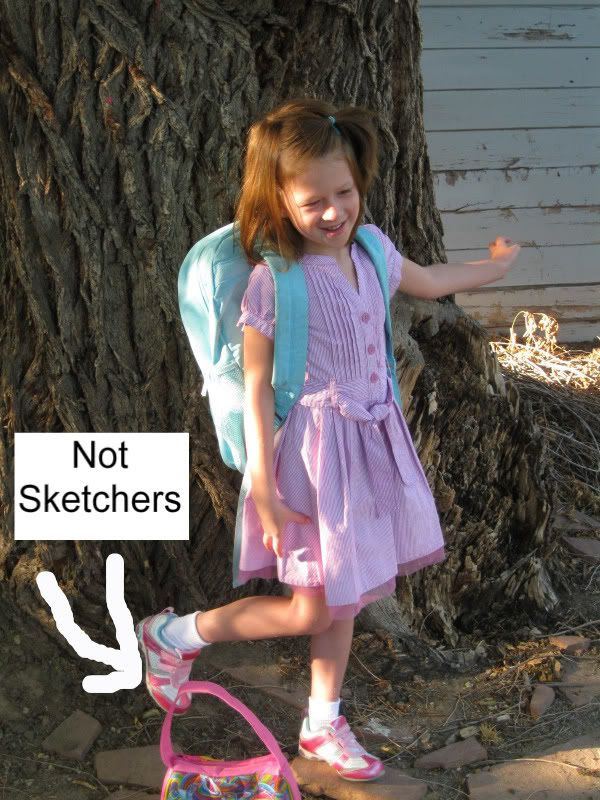 I am Vesuvius and in college they used to call me Twinkle Toes.
Posted by Vesuvius At Home at 6:40 PM

Labels: Lies We Tell Our Children So Someone Sleeps at Night