Runs in the Family 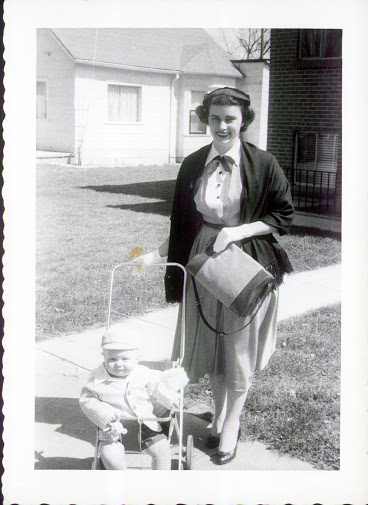 My Grandma Hartke with my dad's older brother, Eric.


"Our family moves around a lot," I told the girls when they got in the car after school, both of them thirsty and with low blood sugar as they always are at 3 o'clock.

Because I too had read the New York Times article,and because Elizabeth had mentioned something similar on her blog, I told them a story to stave off their bad moods, these tiny monsters I fight every day at three.

They began to chirp in the pieces they knew.

Daddy moved from California, they said. And grammy. And grandpa moved from England?

I think Grandpa was born in Massachusetts, I told them. And Dede was born in Chicago but he moved to California. His parents moved here from Czechoslovakia. (That's what it was called when they left it).

Then I told them about my father's great-grandmother, who stowed away on a ship from Sweden as a teenager and found herself married to a deputy of Wild Bill Hickock on the prairie frontier, where she gave birth to thirteen children and buried eleven of them. The many-greats grandfather who came from Sweden to fight in the Civil War but found the war was over when he got here, possibly ensuring my daughter's own births all these years later.

"And then we moved," Ayla said. "From Colorado to North Carolina."

"That's right," I said. I don't know if it means anything. I just know that in this context, we, all of us, began to make more sense.

We aren't outliers. We are people of our own particular blood.

Comforted, we went about our afternoon.