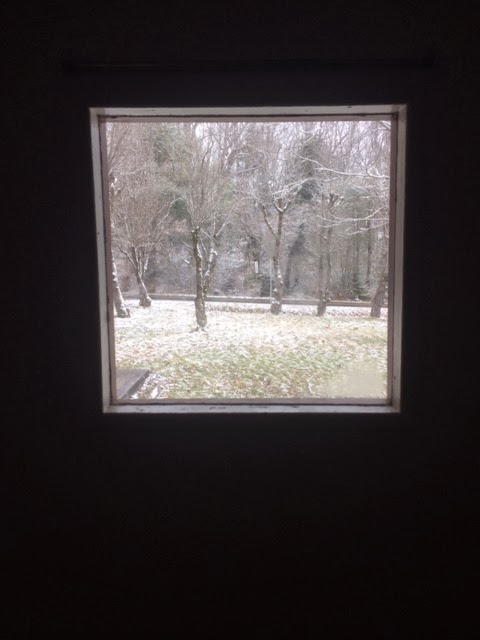 One: One day working the cash register at Borders, an older man came through my line with his adult daughter. They were tourists from Poland. "My husband's grandfather is from Poland!" I said in the way of a bored customer service worker trying to get through a shift. The woman translated this to her dad, and his deeply folded eyes lit up. "He asks from where in Poland?" she said with a pleasant accent. I put their books in a bag and told them I didn't know, but wanting to give them more, I went on to say that he had emigrated to the US with his family as a teenager, and they had settled in Chicago before eventually moving on to Southern California. The old Polish man was slightly hunched and intense in the way of elderly Europeans from movies--people who we are meant to understand have had a past. He asked what the family name was, and the daughter explained that he might be able to tell what region they were from by the name. "Zitny," I said, and it was at this point that I remembered that Noah's grandfather is not in fact Polish but Czech. "Did they leave before the war?" Oh shit, I thought. I am getting in deep. "Yes," I said firmly, because I had heard no family lore of Noah's family living out World War II in Europe, and I would not trade war stories with the man, even though I kind of wanted to. I waited for this dignified elder to catch me out. He only corrected my pronunciation of the word Zitny and then reached out to shake my hand, smiling. "He says you are people of the same country," she said. "Countrymen." I smiled and hoped for a forgiving God.

Two: Three nights ago I repeatedly watched the youtube video of figure skater Bryce Davison's skate catching his partner, figure skater Jessica Dube, in the face--the moment that sent her to the hospital and both of them to therapy for PTSD. I did this because I thought it was romantic.

Three: My children were excited for the first two snow days, over it by the third, frustrated by the fourth. Today they have slipped into existential despair. "Will we have to go to school on Saturday?" they ask me, and "Does life have meaning?" They are fretful that their spring break will be taken from them. "Don't worry," I told them. "I won't let them touch your spring break." We have plans for spring break and if Transylvania County Schools comes clawing with their skeleton fingers and scythe, hungry for even more of our joy, I will pack two bags of clothing and apple products. I will set out west across the plains. We will leave our rain boots behind.

(Four: Someone send help I just applied olive oil to my scalp because of something I read on Pinterest)
Posted by Vesuvius At Home at 11:31 AM