For A Moment We Were 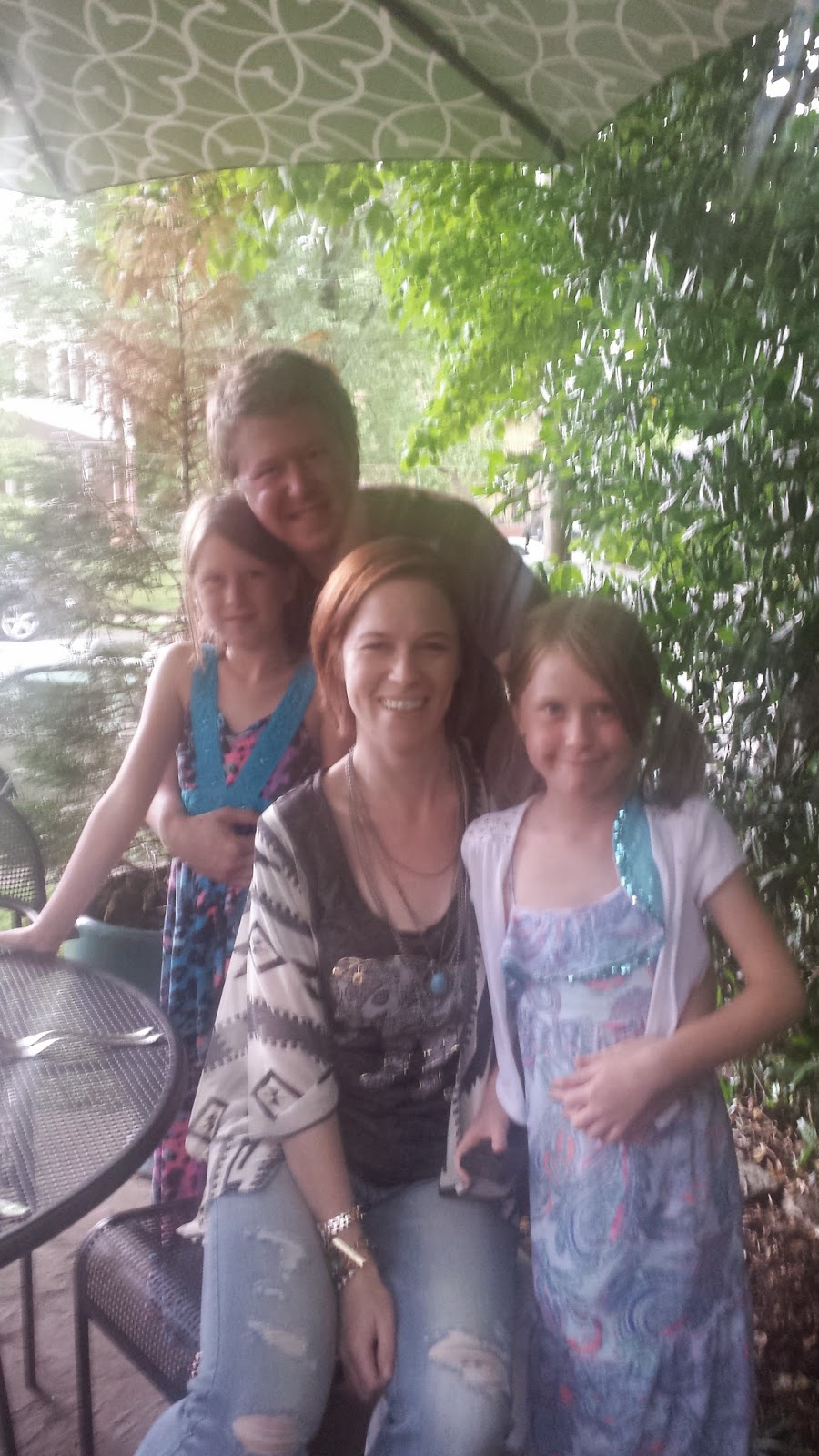 Yesterday was my birthday. Today Noah left in the witching hours to go visit his Dede. (Dede is Czech for grandpa and you don't pronounce it 'deedee'. )

He is flying to California to see his Dede because Dede is probably dying. The night before we got the news I had been laying in bed, troubled with thoughts of the passing of time as I am most nights, unable to rest with my girls growing in their sleep and lightning flickering outside the window. My thoughts turned to Dede and I told myself that Dede's mother, who we called Babi (Buhbee), lived to see her own great-great-granddaughter Ayla, and Dede probably would live that long too.

The next morning we got the news. Cancer. Everywhere.

Dede has always seemed invincible, so robust and lively, as he certainly was when we saw him last. It was Christmastime in Southern California and we drove to an Italian restaurant in Anaheim's Little Saigon where we fine-dined 1950's style, and at the end of the meal Dede had them bring out 12 little glasses of Becherovka. He was glad that the number in our party had changed at the last minute from 13 to 12. The food was old fashioned and heavy in my belly and the anise-flavored becherovka worked as the digestive aid it was intended to be.

So, I don't know. Wednesday was my birthday and Noah was supposed to make me fiesta fish from Rick Bayless' Mexican cookbook, but when I got home from my day of shopping and reading and writing, he was making multiple phone calls and travel arrangements and it wasn't a good time to be cooking. We chose instead to drive down to the end of main street and eat at a restaurant that was once a house, where Noah and I came when we visited North Carolina for the first time, two years ago. The girls were overly tired and fighting, and Noah and I were trying to keep the details of Dede's illness from them, exchanging information in snatches when they went to the bathroom or walked away from our terrace table to the sidewalk to play. The girls know what cancer does, they witnessed their Grammy's new husband die of it a year and a half ago, and Indy still talks about him and says she misses him from time to time.

I felt restless, emotionally charged and heightened. It was a wonderful birthday, we were drinking red wine, and in the morning my husband would leave me to fly across the country, where Dede is probably dying, where he will see all five of his siblings, who I love. I wanted to go with him. "Who will cook my fiesta fish?" I asked, because everything runs through your brain and your veins at once, your children growing as they eat their pizza and the family patriarch restless in his bed on a different coast, in a different time, two-thousand miles away. The table of tourists next to us mistook us for fellow travelers and offered to take a picture. "Of your family vacation," they said. We didn't correct them. We arranged ourselves into neat order and smiled, but everything shows through the cracks. The strain around the eyes and the light after the rainstorm shooting through the tree leaves and illuminating all, our faces lined and full of a lifetime of cities, oceans, Little Saigon, red wine, bohemian spirits, palms restless in the December wind, the wild scent of magnolia in May. Does the photo lie? For a moment, did we all look happy? For a moment, we were.

(We were everything. All of it. Forever and at once.)
Posted by Vesuvius At Home at 10:20 AM