Oprah Asks: Do I Care Too Much What Other People Think 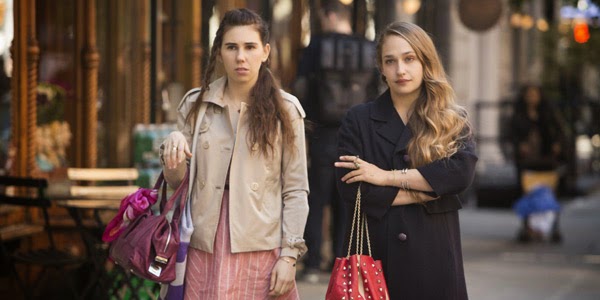 There's this old man at the library who I smile at because he reminds me of my grandpa, god rest his soul. He looks a lot like Papa Hemingway too, or a sea captain who would smoke pipe tobacco. I used to smile at him, anyway. He never needed anything, just walked past the desk to get the paper. Then after I cut my hair short to signify my loss of interest in sex, he came up to me with a smile. I was all bright-eyed and how can I help you distinguished sir? He leaned across the table. He's got twinkly old man eyes. He put them on me and said, "You shouldn't have cut your pretty red hair."

"Well but I like it," I stammered as he walked away twinkling his lecherous eyes of grandfatherly betrayal. But that was merely chest-thumping on my part. I didn't like my hair, not at that moment anyway. More than that, I didn't like realizing that grandpa thought I had been flirting with him when really I was being nice because he's probably going to die soon.

Today, three months later, I dyed my hair with a different shade than the one I've used for the past 32 years, and it came out darker than I intended. Like cherry cola instead of my usual chicken broth with chorizo accents. As I blew-dryed it in the mirror, I thought of the old man and the hair. He's not going to like this, I thought.

Sometimes I decide not to care what other people think. I generally make a big mess of it. I get blustery and audacious and tweet snarky things on twitter and say "whatever" to my children.  I have long dreamed of giving no shits. Last time we were watching "Girls" Noah turned to me and told me I was like Shosh. My reaction was one of horrified confusion. He persisted. "You're Shosh. You're like Shosh!" I started crying. Finally he caught on that his plans had gone awry. "Who do you want to be like?" he asked. "JESSA! I want to be JESSA!" I said, naming the boho artist girl who never makes art because her life is her art. "Oh yeah, you're Jessa! You're Jessa!" At this point I had figured out that Noah had seen me post on Facebook how I wanted to be like someone from Girls and had decided to tell me I WAS like that character in order to get laid. Then he had forgotten which Girl I wanted to be and compared me to neurotic, hysterical Shosh. "I'm not Shosh!" I said, hysterically. The irony tasted like metal in my mouth.

It seems to me like you can only have a thing once you give up on having it forever. One of the greatest truths I've heard comes not from the Bible or Eckhart Tolle, but from Ponyo. "Life is strange, and mysterious," says a mother to her son, after he befriends a girl who was born of the sea.

Last night the whole family was in bed and I was doing yoga when I caught the moonrise. It wasn't dark yet. It was a twilight hour and the world was like a cone of sherbet. The sky was pale blue and the moon was rising creamsicle orange surrounded by the soft green of trees. Lately Carolina is a secret lover who comes to take my breath away. Its beauty is dreamy and lush, dewy in the morning, a lover with magnolia eyes and rhododendron lips, skin clean and young forever. I am working too many hours. I am worn out and weary and filled up with life. I am so happy and sad all at once. I laid on my back and watched the moon rise. The paradox was that I enjoyed it less when I went to the window, where my view of it was clear. It pleased me the most when I could only glimpse it. It was more vibrant in its mystery, a glowing light humming with something endless and internal, partially shrouded by blue branches of trees.