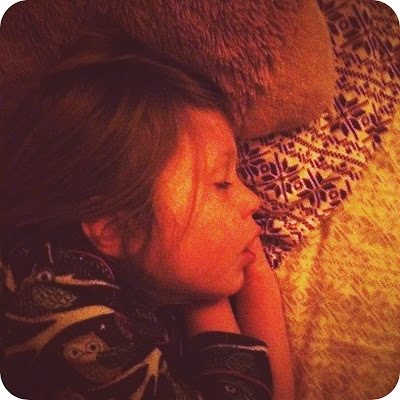 Last night we put two sick kids to bed early and watched Moneyball. We'd watched Drive the night before, and I'd spent the evening walking around the house listening to the song on my ipod and had even played it in the car en route to the library, driving purposefully but with my face all emotionless and blank. I like to pretend I'm in the movies whenever I'm alone. I've never been caught.

It's important you know we'd watched Drive because it's possible what happened next can be solely chalked up to SRGD (Sudden Ryan Gosling Deprivation). My husband was trying to enjoy the movie and I start tossing out comments like "Could we take baseball any more seriously?" and, "Could this movie be any more like The Social Network?" with a vaguely Chandler Bingish inflection. I don't know why I decided to become the movie's heckler, it was after all an innocent little movie, sweet and well-intentioned. I swear I didn't know until the credits rolled that Aaron Sorkin had written this, too. Like I said, it wasn't Drive, there was no Ryan Gosling or sweet-ass synthesizer music, or hot pink fonts. Billy Beane seemed determined to be unhappy and the scene--MILD SPOILER HERE--where the clouds roll in during the game and you-know-what happened really bothered me. It made me itchy. I get that we are trying to be romantic about baseball here, but come on. I just don't have it in me. You can't play "Kittens are being forced to fight each other to the death" music during baseball. Hath Jimmy Duggan taught us nothing? Also I was annoyed that I was born in 1981, I'm 30-years-old, and the vast majority of movies are still made about men. Yes, I know we had The Help and Bridesmaids this year, but Kristen Wiig and Skeeter Phelan can't single-handedly save Hollywood and can someone call Steven Spielberg and check if he's even aware that women exist? The last time I saw a female in a movie of his, Drew Barrymore was in pigtails and screaming.

We turned off Moneyball and I listened to the song again to comfort myself. Mr.V went to bed and I made a cup of tea and settled down with a Jacqueline Carey novel. It was close to ten and the house was dark. The snow had started outside. Mr. V had baked bread and I had a thick, warm slab of it drenched with butter and honey. It was a real cozy moment, where your bones just say "ah". From down the hall, I heard a small coo. I set down my tea. In her bed, Indy was crying.

She had an earache. Medicine and warm washcloths were given. Look, I said, pointing to her window. It's snowing. We snuggled up tight together. How sweet a mother I will be right now, I thought. We will just cuddle here until she is back to sleep. Indy sat up. "I'm just going to go lie down on the couch and watch Rugrats," she said. "Because I feel like I want to."

It was ten o'clock and she'd in bed for three hours. I am powerless to Indy. I settled her on the couch and turned Rugrats down low. Outside the window behind her the snow was thick like marshmallow cream. I felt my flirting illness settling deeper into my bones. Baby, I said. I'm going to go to sleep now.

Ok, she said. I'm just going to watch this for a few more minutes and go back to bed.

Yeah right, I thought, kissing her forehead and padding down the hall. In the morning I knew I'd find her there, the tv still on, my Indy dreaming away under quilts on my sofa. But I was wrong. A short while later a noise opened my eyes, and there she was in her room. My door faces hers directly, her nightlight was on, and I watched my Indy in her private world, in her owl pajamas, five-years-old and so good natured, whenever I tell her I forgot to put dessert in her lunch or the birthday party is canceled, she shrugs and smiles and says "Oh, that's ok!" I watched her climb up on her bed, on the flannel sheets, and pause to rest her elbows on the sill and peer out the window. She muttered something, soft as snow, some private world or language I could see only the fringes of, the essence like Avalon, shimmering in the mist. She blew on the glass and squeaked her finger through the fog.

Memorize this moment, my spirit said to me. So very seldom am I present enough to memorize. Brief flashes, laughter on a beach, my daughters in the spring, pink cherry blossoms falling in the breeze, landing in their hair, and they are holding hands. But now I have it, this memory, forever. Indy, five-years-old, pausing at her window to think thoughts I will never imagine, to spin dreams to be forgotten, to tread in worlds that I will never see.
Posted by Vesuvius At Home at 4:16 PM