Where I'm Going, Where I've Been 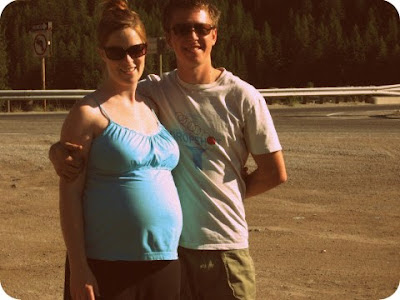 Here is the road block I run into over and over again:

I blog about my life because I want other people to know they're not alone. This involves the sharing of pain, but I don't want to dwell on pain, to nurture it. To feed that wolf.

This is my mission because twice in my life, my suffering has been deeply compounded by the belief that I was alone in it.

Weeks after getting married, I was struck with the worst depression of my life. I couldn't get out of bed. If I got out of bed, I couldn't get out of the shower. Mr. V went to work and instead of going to my last semester of college courses, I'd sit in the bathtub immobile, imagining myself spread out on my white bed spread, with red plumes of blood flowing from both of my wrists, staining the sheets. I don't know if I deeply intended to create this image, but I nurtured it in my heart.

I was 21. I was attending an evangelical church and angry there. Religion was a thorn in my saddle but I couldn't admit it yet, too scared of going to hell if I didn't go to church. Church contributed to my depression; everyone around me having transcendental experiences with a God they said was like a father (a punitive one), insisting Jesus could heal all wounds (like magic) and me, shriveling inside, my heart a stony pit. I wrote fragments in those days, (too disturbed for real narratives) pouring out the terrible images that filled my head. I felt myself rotting from the inside like a deer carcass in the moss. I imagined that my skin smelled of sour milk, that I was spoiled down to my very flesh.

I wanted to go on anti-depressants but we couldn't afford health insurance.

I've had people in my life determined to tell me that my pain has never been worse than their own. And now I only hold in my heart these words, from Amanda Palmer:


you can't measure human suffering with a yardstick.
those who try to do it end up vindictive, even when they're
trying to be helpful.

because the minute you start measuring suffering, you invalidate somebody's suffering.
. . . and that just never works. that's where the whole shit starts getting ugly.


there's no pain that isn't 'real' because somebody has it worse off.

Eventually I felt better. Then I became pregnant by mistake. We were evicted from our apartment. The day we moved out, friends took us out to dinner and gave us two or three hundred dollars. It brought our bank account balance back to positive and remained pretty much all we had in the world. (Besides each other?)

We lived with his parents, we lived with my parents. I had a baby and brought her back to a house with a $800 rent we couldn't afford. Depression hit again. I didn't know it was common. I thought I was fundamentally broken. Marriage and motherhood were supposed to be two of the best experiences of my life, and both sent me into the darkest place I'd ever been. When Ayla was a baby I didn't imagine myself dead, but I was filled with such rage. I broke dishes, dashing them to the kitchen floor. I kicked a hole in the wall one day while my baby cried in her nursery, knowing only that I mustn't go to her. After four months of independence, we had to ask to be released from our lease again, and were back to living with parents, in an ugly room with sheets tacked over the windows, in a life I hated.

Through both these experiences I felt so terribly alone, and this is why I blog. I remember the overwhelming relief I felt, years later, watching an Oprah that said that huge percentages of women feel depressed after they get married. I wasn't fundamentally broken.

I was normal. I wasn't alone.

And eventually,  I got out.

I went to hell, and I came back.

It took years. It wasn't easy. It's not a one-time journey, a final destination. You don't arrive in paradise and stay forever. Sometimes things get difficult and I catch myself treading back toward the dark woods. I don't know why. Because it is a familiar way, a path I know, a path that seems to be ingrained on my heart. These ruts.

But my heart, like my brain, can form new connections, spark new life, learn new paths.

Sometimes it doesn't seem like I've allowed myself to choose the path. Sometimes life just smacks me there. I land hard in a scary place, all the wind knocked out of me, and I sit down and cry.

I have to remind myself to keep looking for the light.

I've been to hell, and I've been back.

I found my way back, and so can you.

Posted by Vesuvius At Home at 1:12 PM

Labels: Bad Medicine, Big Damn Heroes, Buffy is Me, C'est La Vie, Come On Get Happy, Crappy House on the Prairie, I am not the singer that you wanted but a dancer, Wanderer