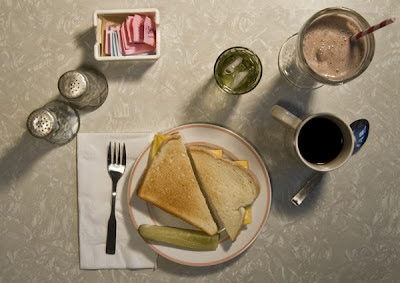 
Most mornings here in Carolina are misty and gray, but today the sun broke autumn light through the trees, a rosy dawn. Driving the girls to school I was groggy and dry, having last night put on my butterscotch cowboy boots and leather jacket, caramel, and gone to a cozy restaurant, where we sat at the big oak bar and I ordered a vodka martini with extra olives. I'm reading a book in which they keep drinking olive martinis, and I'm hopeless against things like this. I was in the mood to feel glamorous, so I did. As the night wore on some friends arrived, coworkers of Noah's and their companions in town for a bike race. One man from South Africa who has moved to Atlanta, one man from Atlanta who has moved to Glenwood Springs, Colorado, and of course me, missing the west and going backwards against all hopes of my ancestors. The vodka was so cold and pure, the drink of flapper-haired girls from a jazzy age, of women with black eyeliner instead of stockings, but here I am, a different self and a different age as well, so I enjoyed raising that clear, sweating glass to my glossed lips and taking neat sips of the stuff, swiveling the olives for fun. I had enough to drink that I texted my friend about British accents and knowing what to do in my next life, and then I fell into bed and rose hours later to a crisp and chilled Carolina morning, my toes cold beneath the bedsheets. At the school drop-off line, just as she stepped out of the car, Indy, in pigtails, said "Mom, guess what? Oh never mind, I'll tell you later." But she won't tell me later. She won't remember, she is six-years-old, her socks slouch unevenly and paint smears her wrist as she runs in the school doors to a life I don't know. She won't remember, she won't know that once on a night in September her mother wore a leather jacket and drank vodka martinis in a bar, when her skin was still smooth and her hair was dyed cinnamon, that she gazed adoringly at her husband, who told her she was an endearing drunk, and later a man from another universe bid her farewell with a kiss on the cheek.
Posted by Vesuvius At Home at 1:24 PM

Labels: C'est La Vie, change, Did someone say Bacchanal?, Legends of the Fall