Frozen, Pho, and Platitudes of Gratitude 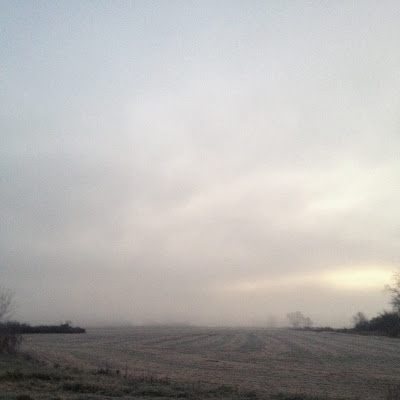 I do not like the holidays at all. I woke up today and went onto Facebook with a perverse desire to see everyone doing the thing I hate--offering up the platitudes about family and God--and sure enough, there they all were. I stormed out into the living room to make cinnamon rolls and bluster to Noah about how much I hate it all. I hate it so much that yesterday found me morose with anticipation, and in the early afternoon I went back to bed. Should I say that I hadn't taken my Wellbutrin? I hadn't taken it. I slept a dreamless sleep. Then Noah woke me up and said, let's take the girls to a movie, and so we did. We drove an hour to see a movie that I had sword to boycott, and as we drove the wind gathered fury. It tilted stop lights in tandem and blew Christmas trees across their lots. We hurried in to the theater in the chill, both invigorating and punishing, and sheltered for two bright hours. I had been wrong about the movie, it was feminist and wonderful. When it ended, both evening and the snow were falling. People here in the south work themselves into a frenzy every winter over dozens of promised snow storms that never arrive and yes, I'd been cynical about that too.

But now the snow was falling, it was bitter cold, and we drove to a Pho restaurant that had the same sriracha and Chinese horoscope-atmosphere of every Asian restaurant across the country. We sipped that spicy anise-laced broth, the lone diners on a fierce and wintry night. The drive back was hairy for a bit, but the weather ebbed as we drew closer to home. The children asleep, I drank half a beer, felt drunk, and went to bed. The moment the lights went out, my brain began to fret over Christmas and presents and travel and of course, budgets. And as I prepared to send up thoughts to the universe, my mind did the thing it had done after sushi. So maybe it's these Asian restaurants that are stirring enlightenment in with the rice, I don't know. My comprehension expanded beyond my little world, and I realized how ridiculous it was to worry about whether or not I'll be able to buy my daughters many toys when here we sit in a cozy house with pho in our bellies and the certainty of food tomorrow.

You see what I have just done? This morning, after blustering to Noah about how much I hate all the recitations of contrived sentiments, I began to tell him of my late-night enlightenment and then I stopped myself. Oh god, I said, oh god, I am about to do the thing I just told you I hate. I am abashed to report that my voice was teary as I started. And now I have done it on my blog, and I have no excuses. I guess I should make an observation here about being kinder and more compassionate to people who offer platitudes, but the truth is that I strongly dislike Thanksgiving, whether I'm home with my family or not, and that at 11 a.m. I'm going to pour my first drink, which will probably turn out be my last, that I'm a hypocrite and a sellout and that, for all my talk of enlightenment, I'm sure I'll be back to my petty prayers tomorrow. But I'll also be okay with thankfulness again.
Posted by Vesuvius At Home at 12:33 PM