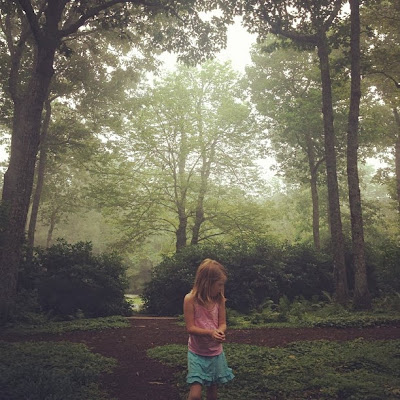 Last night I went out for sushi with some women I know and some I didn't. The conversation turned to utopias. It was at the opposite end of the table and I couldn't hear much. I was maybe trying not to, as they had just been discussing the Affordable Care Act with displeasure and I remain hopeful. But the utopia they described was one of gender segregation. Women and children on one side of the line, men on the other. My friend, who has the most perfect southern social graces the world has ever seen, turned to me and murmured, "I couldn't have a utopia without the men," and then, of course, we began to consider open marriages. These are ideas that are easy to throw around on a rainy night in November, when it's been dark since 5:30 and you're tucked inside a crowded sushi restaurant, drinking sake beneath neon signs and steam of miso.

Over second Sapporos I heard it said that teenage boys are basically walking fireballs of unchecked sexual desire and that they will do anything and say anything to coerce a teenage girl into sleeping with them. Now wait a minute. I stared at my spider roll and squirmed. This is not the message I hope to teach my girls, nor the message I believe. I find it fundamentally disempowering to both sexes. It robs the women of choice (by telling them any choice will be harmful, by turning them away from their own inner wisdom) and it robs the men of responsibility. I know the dominant culture insists that men are perpetually ravenous with desire and that women have basically none. I know for a fact that one of these assertions isn't true. When I talked about fem!Dean the other day, I was referencing the tip of the iceberg that is female sexuality writ and recorded online. I was talking about fan fiction. Fan fiction fascinates me because it is written largely by women, it is largely erotic in nature, and what I've gleaned from it is that there is absolutely no end to the limit of things the female libido might be excited by. My theory is that men have had drilled into them, relentlessly, what is attractive (thin, brainless, submissive women), but since the culture has basically ignored women's desires altogether, the collective feminine sex drive has grown absolutely wild and wantonly for centuries. Like a secret garden of unruly bramble and serpentine vines, walled off from the world, boasting all manner of strange fruit and previously unknown varieties.

The point of all this is that I believe in and hope for better. In all elements of the troubled world. Why didn't I say anything, or speak up? Sitting in that restaurant, lit up like a giant lantern floating above the black mountains, eating sushi that may or may not be radioactive and fished from a far-off sea, my view expanded and encompassed a greater portion of the universe than I usually conceive when talk turns to politics or gender. All the millions of us out there, our own paper lanterns in the night. There are thousands who'd agree with me and thousands who don't. There always were, and always will be. What good am I arguing my own meager beliefs, trying to prove my own enlightenment, while I eat the flesh of lobsters, a creature that I've recently learned might not age or even die, if we didn't kill them? I will never change their beliefs, they will never change mine. My goal is to grow a group of like-minded friends, with whom I at least can be at peace and not at war. The world teems on with every possible thing, known and unknown. I can only tend my own garden, and my style is one of loving neglect, offering nourishment and light and air but few parameters. As for the brambles, let them be wild. Let them curl their own tattered path to the sun.
Posted by Vesuvius At Home at 11:25 AM