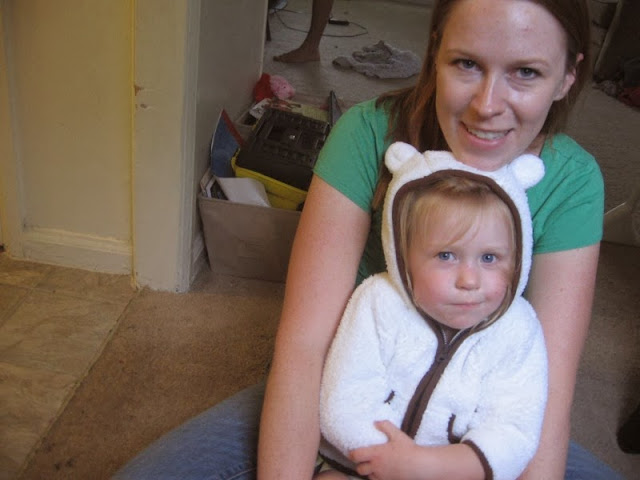 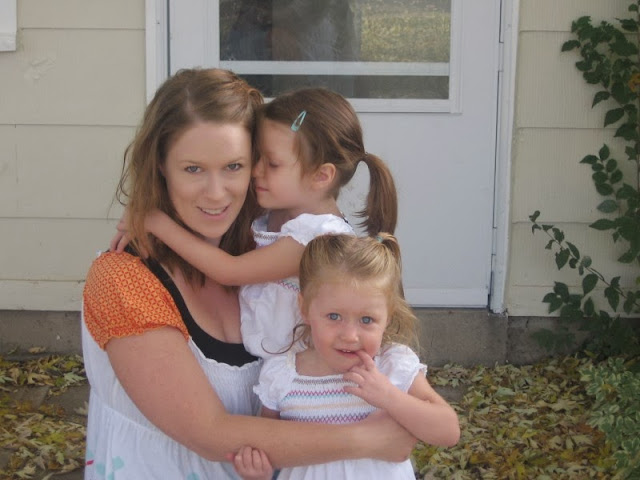 At this turn in my life, I am finding it more difficult to do this thing we call "balancing work and children". When my daughters were first born I didn't work for a few years. I went back to a part-time job when Indy was two and Ayla was four and regretted not going back sooner. The work I did at Borders was infinitely easier than being at home all day with my two young children, stupefied and brittle with loneliness. In those days, I was finding it nearly impossible to get out of bed every morning. My somnolence wasn't due to depression, I don't think. I believe I was just catching up on two back-to-back infancies that deprived me of sleep to the marrow of my bones. My sleep, especially in the morning hours, was like an enchanted sleep from which there was no rescue. In the mornings Indy would rattle the bars of her crib calling for her sister--her first word not "mama" but her sister's name, Awa, Awa, Awa. I would drift in and out of sleep, rather resplendent, I picture myself now, a young woman tangled among blue bed sheets in a sunny room. My body cream heavy with early motherhood. Ayla would go to her sister bearing offerings--a jar of peanut butter, a bag of powdered sugar or, the very worst time, eggs. I would lie there, wafting in and out of dreams. I could never manage to pull myself out of bed before ten a.m. By that time Indy's face and hair would be smeared with peanut butter, or the carpet would be covered with sugar, and I would wearily drink my coffee before cleaning up, telling the girls not to do it again without much vigor. I accepted my daughters' little coups as the tithe I had to pay for my lassitude.

In those days I only had weekends to write, and I would, every Saturday and many Sundays. On writing days I could rise early, and did, slipping out of the house before the girls or Noah were even awake, driving to the coffee shop in what I remember now as a perpetually snowy dark, and setting up camp. I would stay there into the afternoon, and sometimes I would buy a lunch and change locations--move on to another coffee shop and write for a few more hours. Occasionally I'd go out at night to the 24-hour Starbucks. It was in a neighborhood of Denver where immigrants from many regions had established communities. So at eleven pm or twelve am on a Monday, I could sit and watch men in fantastic princely turbans, women in hijabs, hear people speak the languages of Ethiopia and Russia and Lebanon. God it was fantastic.

These days, it's harder. As the girls get older, they require more and more of my emotional energy. More, I am afraid, than I have to give. Not a day passes without some conflict at school, some disruption of the force, and when I go to tuck my daughters in at night they will unleash labyrinthine and infinite stories, incomprehensible recountings of the fragile and ever-changing ecosystem of elementary school children. Their teachers are sending home notes, scandalized that my daughter walked down the hallway on her knees, or didn't pay attention during one lesson or another. Our days seem fuller and shorter than they did in that toddler time, when I shaped the rhythms and we rarely had to be anywhere we didn't want to go. Now they have schedules, the schedules are tight, and I find myself starved for creative time. But of course, I always have been.

Last night as I went to sing to Ayla and tuck her in, a shadow passed across her face. I asked her what was wrong and she told me it was nothing, just that her finger was hurting her. I pressed gently. Was she sure it wasn't something else? Some argument with a friend, perhaps, or had her feelings been hurt? No, she insisted, it was just her hangnail, and she clicked on her reading lamp and held it up for me to see. There was a hang nail indeed, but I was not completely satisfied. I waited. We sat there together in silence for a bit, while I stroked her hair and hoped this detective-novel technique might work on a young girl. "Are you going to sing to me?" she finally said, and so I pulled the covers up to her chin and I sang. I uttered the same intonations that I have uttered over this daughter nearly every night since she was a baby, nine years ago when I think we were both afraid, me trying futilely to soothe my own heart in my arms. You can tell me anything, I said, and she said she knew that. I will always love you, I said, and she said yes, she knew. I exited the room and as I closed the door the light from the hallway slanted across her face and then left it, rendering her unknowable to me in more ways than she ever was before.