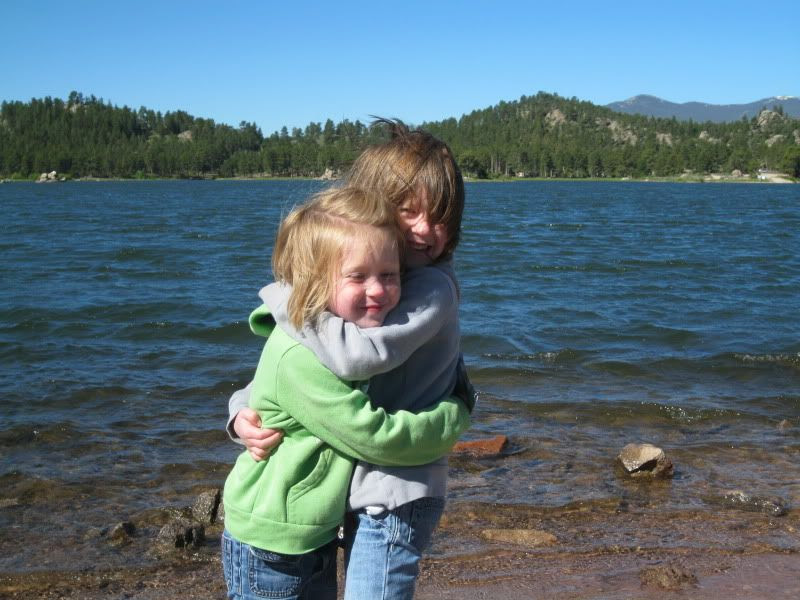 The other day at the grocery store, Indy said something that I don't remember, and I said, "That's crazy talk!"

And Indy said, "My crazy talk is beautiful".

She told the people in line that "my mom has red hair like a mermaid".

She told me she is four now instead of three because she ate a really big dinner.

And for her birthday she wants a box full of kittens.

The kittens were Ayla's idea.


Miss Ayla Beloved lost her first tooth. She showed me it was loose, went into the bathroom to look at it, and then came back to me with her tooth in her hand.

She got two dollars.

Instead of buying ice cream at McDonald's, she put the money into the box for the Ronald McDonald house charity and I got weepy again.

My daughter might say things like, "we need to find a boy to show us how to work this gun" and, "I need to practice shooting this dart so when I get bigger I can shoot animals", but she also forgoes ice cream to help sick children so surely I must be doing something right?

She got her first shiner today at the park and cried for dad. That's ok. Dad and Ayla have a special bond. They will snuggle together on the couch playing video games or watching old movies. They like to go shopping for fish with the heads and eyes still intact. Dad made us plate-fulls of mussels and Ayla slurped them down greedily.

Just now Indy comes out of her room wearing a sequined skirt, thrusts out her hip, and cries, "Oh yeah, bebe!" Full up on sass. Then she proceeds to change her sister into a duck using "abra cadabra" and a wand from the dollar section of Target.

Ayla draws pictures of red-haired mermaids and scrawls 'I', and a heart, and the word 'mom'.

So you see, most times, we are doing all right.
Posted by Vesuvius At Home at 5:31 PM