My Oh My, Miss July 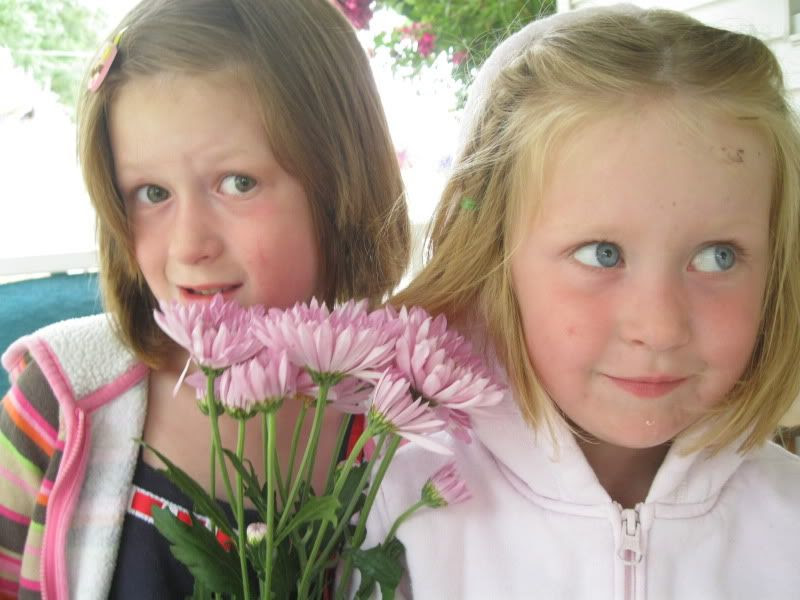 The Fourth of July started with cranky Vesuvius.

Cranky because I was working on a query letter and query letters combined with browsing for names of agents who are sitting on their hands trembling with the excitement of receiving your query so they can take great pleasures in rejecting you is an extremely cranky-making activity.

And cranky because of the rain and the little shack we are moving in to this weekend.

So then I said to Mr. V: I have three dollars in change and if you drive me by Starbucks on our way to the 4th of July party I promise not to be cranky anymore.

And Mr. V said, how 'bout you promise not to fight over politics and religion with your family instead?

My sister threw a wonderful party with tiki lamps and red white and blue star lights and oh yeah Pink Pull Your Panties Down Punch. I didn't take any pictures because suddenly I am extraordinarily lame.

I told a friend I was moving into a crap house and she was so kind and said, "You can do amazing things with it though," and I said "No I can't but my sister can." And then I hoped I hadn't scared her. But the truth is, the last time anyone called something I did with any form of decor 'amazing', it was my mom and the medium was macaroni and green glitter.

We left in a big fat hurry to rush to the fireworks show, where we parked the car and immediately got caught in a downpour. We hid under a bridge with some people and Indy said hi to them and Ayla said 'Indy, they are speaking Spanish you don't say 'hi' you say something else'. And Mr. V and I thought of the time Indy walked past some Asian people at a McDonalds in California and called out "Ni-hao!". And Mr. V and I were kind of embarrassed because those people were probably born in Yorba Linda or San Diego or Detroit. But we laughed about it later.

Also, Mr. V swears it was Indy who said Ni-hao, but I swear it was Ayla and she said, "chi-chi!"

It rained and rained, and we were soaked. We were also fabulously unprepared. We had one blanket, no umbrella, and the girls were both in dresses with sweatshirts and nothing covering their poor little legs. We huddled together on top of our damp blanket and got sort of delirious and slap-happy from the cold and the wet and the uncertainty as to whether there would actually be fireworks or not. Mr. V and I laughed helplessly. Ayla fretted. Indy slipped into her alter-ego, Kitty Sprinkles. Kitty Sprinkles doesn't talk, she just points her nose up in the air imperially and cocks her head away from you, because she is royal and dainty, faintly bemused, and just too good to bother with you plebs.

Someone came and covered us up with their extra blanket and it didn't even smell funny.

Then the fireworks started.

And I spent most of the time watching giant sparks landing on the ground in front of us and off to our side, ready to dive on top of my children should one head for us.

And then we drove home in the rain. 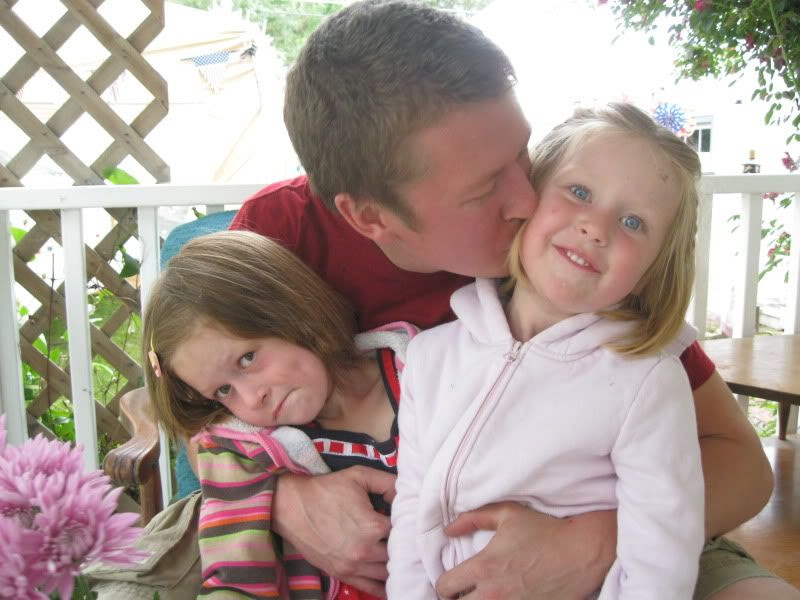 I love these people.

Over and out.
Posted by Vesuvius At Home at 3:31 PM