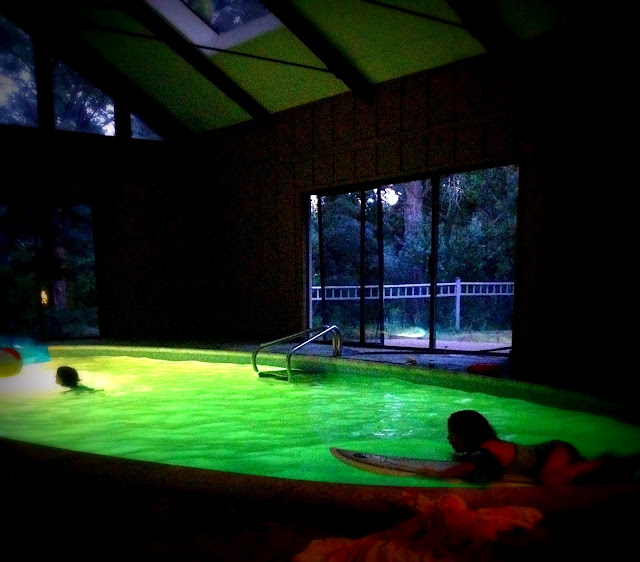 One thing about me is that for a writer, I often make myself spectacularly unclear. Last week, when I was saying that I was going to live in "a van down by the river", what I meant is that, during the ten day interim between the end of one lease and the beginning of another, we were actually going to be living in a pop-up camper that would not be on a river but across the street from a Target in one direction and the movie theater in another. It wouldn't have been the end of the world, it's just that we weren't sure how we were going to shower or cook or keep from turning into cave people. "Need to pick up wood.We'll have to build a fire every night," I said bracingly to Mr. V, who then informed me that under no circumstances would we be building a fire every night, a statement I still don't understand. How does one camp without a campfire? Can't be done. How would you make the s'mores???

However, the night before we were to go take up our new lives as mole people who live behind the Target dumpster, a very kind person we know called us up and said, hey, rather than living in a van down by the river, why don't you come stay in my mansion down by the river instead?

So it was that yesterday we found ourselves moving for a ten day stint into an enormous and fabulous house, whose owners have only just moved out and are trying to sell it. Let's just say that walking through it, I feel like Uma Thurman in Pulp Fiction, treading on plush carpet past high vaulted mid-century modern fireplaces, dancing a gin-soaked shimmy while the owner remains unseen. Naturally, my immediate instinct was to throw a giant party, invite all the parents who paid real money for the private school my girls attended on scholarship, as well as everyone I went to high school with, pretend the house was ours, and then be all super casual about our seeming wealth. "What, this? Yeah, we became rich like, yesterday. I know, right?" And then we'd serve Chef Boyardee, which everyone would think showed how down-to-earth we still are, but really it would be the only thing we could afford. "Gwenyth Paltrow recommended Livingston Cellars Blush Chablis on GOOP today," I would say conspiratorially, pouring generous gallons of the stuff.

Of course, I know from Hollywood that the only two things to do in huge houses are to throw parties or get murdered in them. After dropping us off at the throne we are pretending to, Mr. V left to work the night shift at the brewery and left me alone in a huge and empty house that has floor-to-ceiling windows everywhere and no blinds. Needless to say, the surrounding woods were just crawling with rapists and axe murderers, and those guys that came after Harrison Ford in his lake house in Patriot Games were swimming out back in the river. To allay my fears, I put on the movie Gone, expecting Amanda Seyfried to be all cute and clumsy and got instead a flick about a man who kidnaps women from their homes at night and drags them into the woods. This was a mistake. I spent most of the night standing in front of the picture windows, watching vigilantly for my demise. I realized that if anyone was out there, they were going to see me looking scared and timid. So to throw them off, I started doing karate moves, busting out clumsy chops and off-balance round kicks in front of the glass. Ok, I didn't actually do that, but I thought it might make a funny scene for a movie. (Somebody remind me to call Mindy Kaling on a totally unrelated-to-my-movie-idea issue).


So this is where we are. I'd love to stay and tell you all my movie ideas, (Jensen Ackles is War Horse's trainer. I need riding lessons. We kiss.) but our fake pool house doesn't have wi-fi and the robotically polite Chick-Fil-A teenagers are giving me the stink-eye. 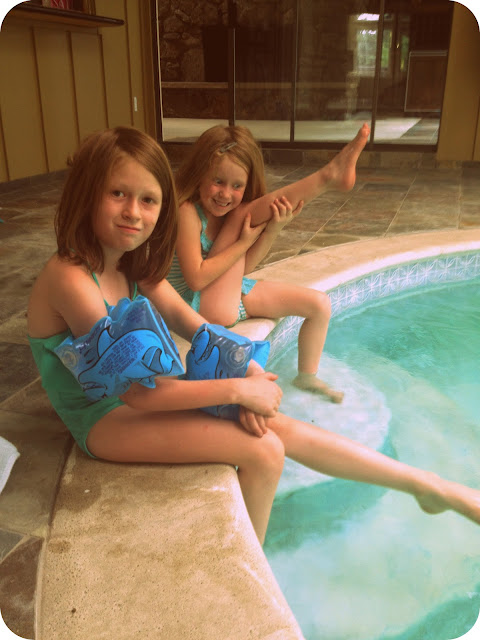 Posted by Vesuvius At Home at 5:13 PM