Moving, Divorce, and Other Things That Take Two Hours 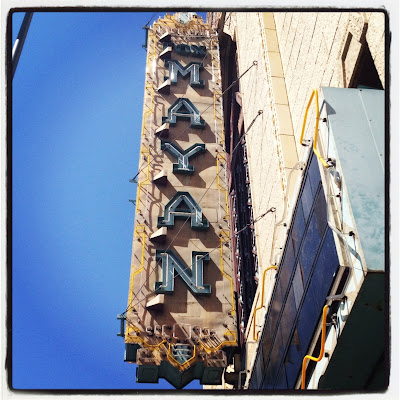 Mr. V asked me if I wanted to get ice cream for my birthday, but I said no because if there's one thing I hate more than your average theater-goer, it's people eating ice cream. If it is possible for an adult human to lick an ice cream cone without coming off as smug, I've never seen it. I take pride in the fact that I'm not superstitious, but I'm neurotic enough about ridiculous things to make up for it. When Mr. V eats bananas or crunchy food, I leave the room. If you think this is harsh, I ask you why do you want our marriage to fail? Heartless, really.

Here's a funny thing. When it shook down that we were going to be moving to a place fifteen-hundred miles away, I thought: maybe this will be the one time in our life when we'll get movers. You know, since OB is footing the bill. I didn't assume ,since my mother taught me that assumptions make the apocalypse occur. Well, Noah got the details of the offer and since no mention of movers was made, I forgot about it. No big deal. A week went by and I heard from a friend that the two other families who are moving with us are, in fact, expecting movers any day now. Immediately I texted this intel to Mr. V, but he didn't reply. He was righteously angry like I was, OR SO I ASSUMED. When I got home, I mentioned it again. "Harold and Donna are getting movers," I said pointedly. Mr. V's smile was sheepish bordering on panic. "I know," he said. "They offered to get us movers but I turned it down."

I brewed coffee. We're pretentious about our coffee so it took fifteen minutes. I poured a mug, stirred in cream, took a sip, and then spit it dramatically into the sink. "Very funny," I said after spectacular spray. (Mr.V was still there, he'd known what was coming)."When will the movers come?"

"Hahaha!" Mr V said stiffly. He didn't laugh, he actually spoke it. Ha ha ha. It's what he always does when he doesn't think I'm funny. I keep telling him this courtesy laugh is going to destroy our marriage. He just smiles and eats a banana."But seriously. We don't need movers. It takes two hours to move."

I drank coffee and spit it out again. Mr. V and I have moved so many times I have lost count. "We need to get you to the hospital," I said. "Clearly you are in shock. Otherwise you'd know good and well it takes two damn days to move. Not two damn hours."

"But Harold and Donna--and their kid gloves--"

"We're a profit-sharing company now, Brittany," said Mr. V, going all Pete Campbell on me. (Oh, he's gonna love that one.) "The cost of movers comes out of that. If I hire movers now, we'll all get a smaller bonus in March."

I tried to spit my coffee again, but honestly. His pragmatism just sucked all the heart right out of me. The one time in my life I could have had movers, I swear to god. Next time someone offers you  movers you damn well take them, I said, like Scarlet O'Hara with no makeup on. Turning down movers isn't a thing I can abide. I just hope someone at OB realizes that Mr.V is forgoing the assistance of brawny college guys on a cross-country move to save them money, I really do.

Later that day we got word our landlord needed to show the house again. Our lease is up in two weeks, they insist we leave, and they still haven't found a new tenant. Every other time, I've scrambled around cleaning the house, but now I cried giddily to Mr. V that I didn't give a damn anymore! The landlord insists on showing our house, let it be messy. "He's gotta understand," I said, doing a not bad Pete Campbell myself, "that not helping out a young family is bad karma."

"Damn straight!" said Mr. V, and dropped the spaghetti-sauce pot he was holding on to the floor with a dramatic flair I quite admired. The next morning I remembered I had my own karma to worry about and spent my birthday morning scrambling around the house hiding the underwear and tampons Mr. V and I had tossed out of our drawers in our "hell with 'em!" glee. When we returned to our house after the showing, I went into my bedroom and saw said tampons sitting in full view atop my dresser drawer. At least it wasn't the item I was once forced to tell Indy was a "pink cucumber that mommy's friends gave her for a big fat joke, I mean a regular joke, isn't it silly?"**

One of the best things that happened on my birthday was M from The M Half calling me "inimitable" on twitter. That is my second favorite thing I've ever been called, right behind "feminazi" in high school, which is damn near impossible to beat. (I can say this now after hundreds of dollars spent on self-help books.) In a flush of joy, I turned to Mr. V. We were sitting in the Mayan theater waiting for Moonrise Kingdom to start, drinking beer and wine, hipsters all around us crunching popcorn loudly. Apparently that is the hipster thing to do now, along with slurping soda for hours (it's gone, you bastards, or it wouldn't slurp) and honestly hipsters, I think we could do better. "I'm like Joss Whedon before The Avengers*," I told him, wine-flushed and happy. "My audience isn't big, but it's the best."

"What nonsense are you referring to this time?" he asked me. M called me inimitable, I told him, and Mr. V said, "What's that mean? Annoying?"

I laughed very hard and told him he loved me. Afterwards we drank mojitos and ate arepas and salmon rolls that were only so-so, but it didn't matter this time. This is how our marriage works. We reveled in that flush of each other, smug like bastards eating ice cream. It's true. 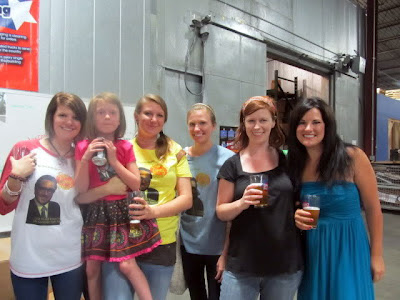 
*It's true that I swing wildly between sickening grandiosity and extreme self-loathing, but Mr. V wouldn't have me any other way. Or so I allow myself to believe.


**Still, neither of these moments count as the most awkward thing I have endured. That title goes to the time a satellite dish installer asked to use my bathroom, abandoned it twenty minutes later in an unfragrant state, and when I went back in I saw I'd left a pair of underwear on the floor. I'm pretty much shame-proof now.

Labels: Perks of being a brewers wife: few but mighty, The Divorce Goes Through On Monday, Thumbin' my way into North Caroline, Vesuvius Cracks Up